Spring: There are eight records, including a single eastern record, a specimen UNSM ZM 10559, collected 14 May 1917 by Zimmer at Lincoln, Lancaster Co; it appears identical to the specimen (cited above) collected in 1911. Hammond’s Flycatcher breeds in Colorado and the few Nebraska spring records are likely spring overshoots.

The specimen collected by Zimmer 17 Sep 1911 (cited above) was an adult male in fresh fall plumage (Zimmer 1945); the species is the only Empidonax flycatcher expected in Nebraska which molts into fresh brightly-colored plumage prior to fall migration. Tony Leukering (personal communication) found that about 20% of Empidonax flycatchers banded after 20 Aug at his station in eastern Colorado were Hammond’s; 56 birds banded 27 Aug-28 Sep included six adults (latest 19 Sep) and 50 juveniles. 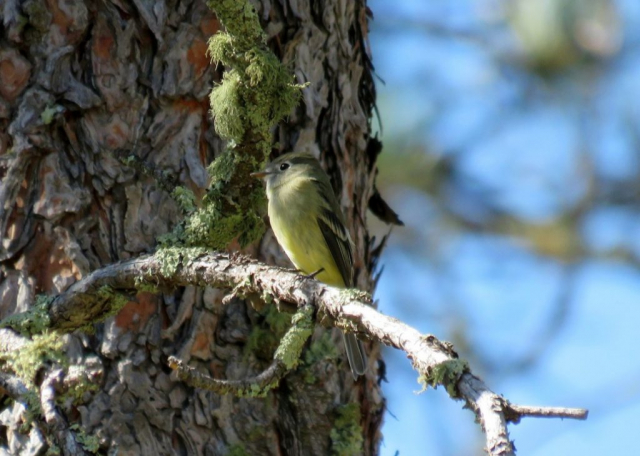