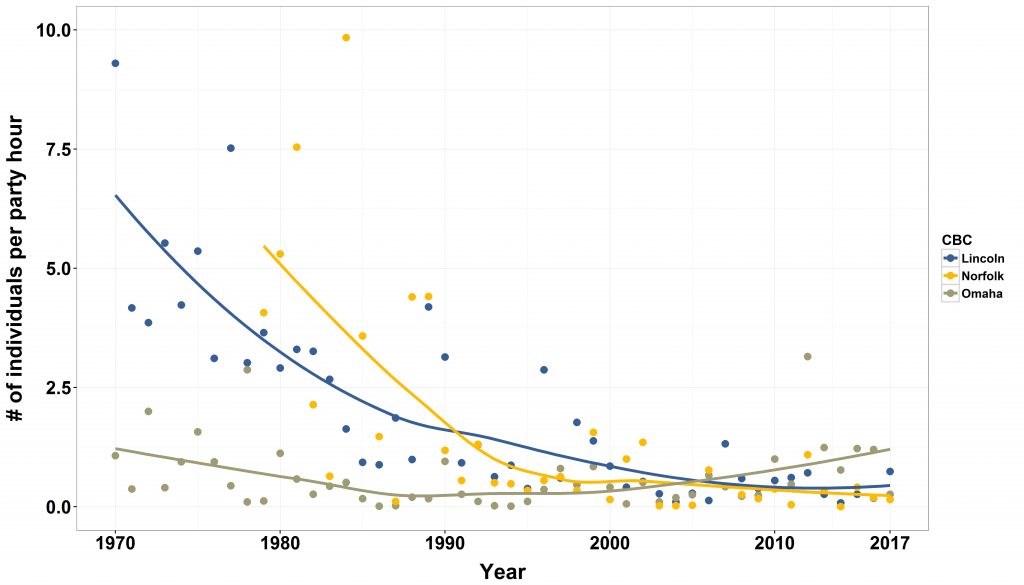 Figure 1. The number of Harris’s Sparrow recorded per party hour on three long-running CBCs in Nebraska. Points represent reported values and trend line created using locally weighted scatterplot (LOESS) smoothing in R Studio (2015). Data collected by volunteers and provided by National Audubon Society and the Nebraska Ornithologists Union. The Lincoln and Norfolk CBCs experienced sharp declines during the 1970s and 1980s, but numbers have leveled off since the mid-1990s. Results from the Omaha CBC shows a smaller decline in the 1970s and 1980s and a small increase since the 1990s.

There is a gradual movement northward of wintering birds beginning in early to mid-Mar and increasing gradually through Apr; peak counts in the state are in the first half of May. Migrants pass through Lincoln Co 7-23 May (Tout 1947), although numbers are low that far west.

Migrants generally depart in May but see Summer.

Migrants normally arrive in late Sep, and peak numbers occur in late Oct; most birds have passed through by late Nov although wintering is common in the south and east. Tout (1947) gave dates of migration in Lincoln Co 8 Oct-2 Nov.

Harris’s Sparrow is less numerous in spring as a migrant away from wintering areas and is rare at that time in the northwest (Rosche 1982). Lingle and Hay (1982) indicated that it was uncommon as a spring migrant but common in fall at Mormon Island Crane Meadows in Hall Co.

Winter: Fall migrants have moved southeast by late Nov from the north and west, but good numbers remain in the south and east in Dec, as indicated by CBC data. Wintering is regular in the east and from Platte River Valley counties southward, rarely to Scotts Bluff Co in the Panhandle; Rosche and Johnsgard (1984) listed Harris’s Sparrow as a winter visitor in Keith Co. Wintering may occur in Custer Co based on a few mid-winter reports there. 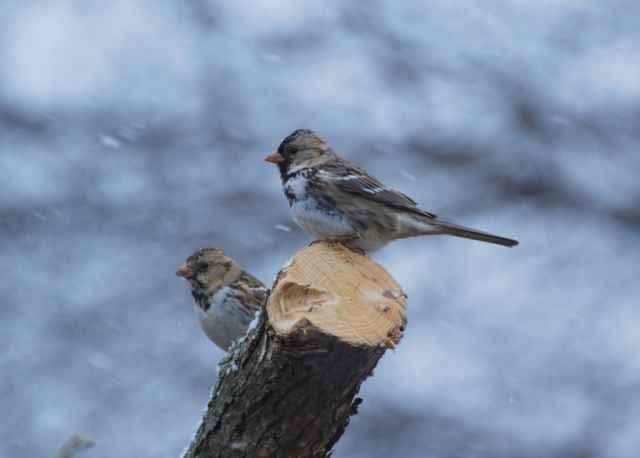 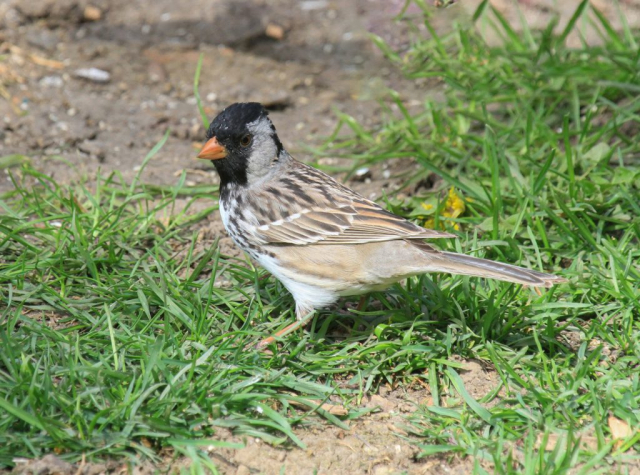 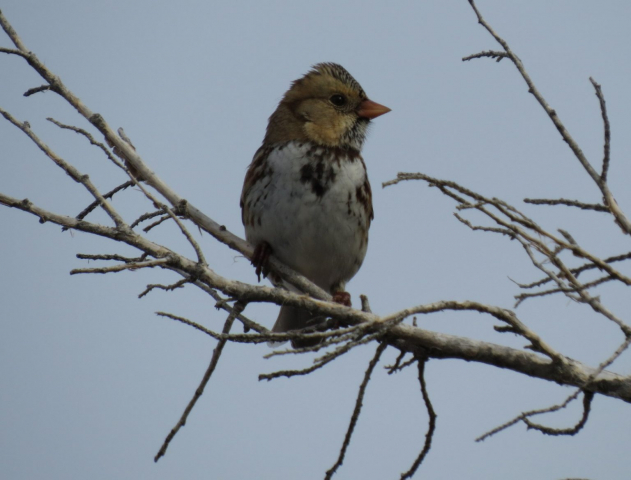 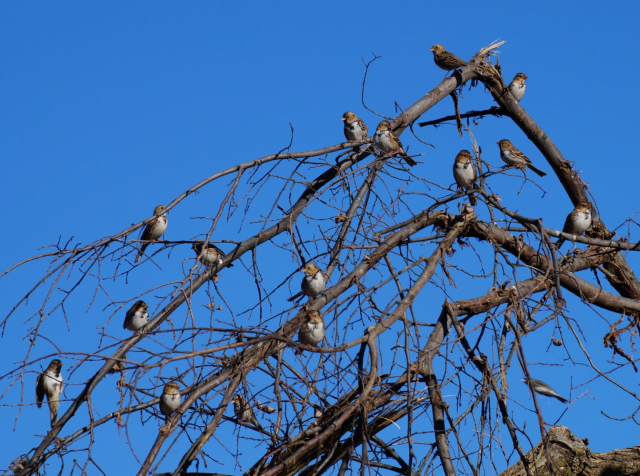