Taxonomy: Two subspecies are recognized, auritus in the Palearctic, and cornutus in North America.

Migrants arrive during the latter third of Mar and peak in Apr. There is a later report 17 Jun 2008 Lake Ogallala, Keith Co.

Adults undergo pre-basic molt Jun-Oct, and so reports Jun-early Aug in Nebraska may refer to early migrants that have completed the molt, possibly failed breeders from points north. An example was three in fresh basic plumage photographed in Garden Co 3 Aug 2014; the additional reports are from the western Sandhills, of one on 17 Jul 1978 Garden Co, one on 22 Jul 1980 McPherson Co, and two on 28 Jul 1994 Garden Co.

Comments: Horned Grebe has not been known to breed in Nebraska for more than 100 years (Mollhoff 2022). There are three breeding records, most recent in 1903. Bruner et al (1904) indicated that Trostler had “found it breeding in the alkali lakes of northern Cherry Co”; Trostler collected seven eggs from a nest near Cody, Cherry Co 29 Jun 1895, these now #94463 at the Western Foundation of Vertebrate Zoology, Camarillo, CA (Mollhoff 2022). A. A. Mitchell collected a set of eggs in Cherry Co 12 Aug 1898, these now #357747 at the Museum of Comparative Zoology, Harvard, Cambridge, MA (Mollhoff 2022). Wolcott found a pair with a newly made nest in the same region of Cherry Co 6 Jun 1903 (Bruner et al 1904). The southernmost current breeding noted for this species is in northeast South Dakota, although it bred south to south-central South Dakota in the 1880s and 1890s (Tallman et al 2002). 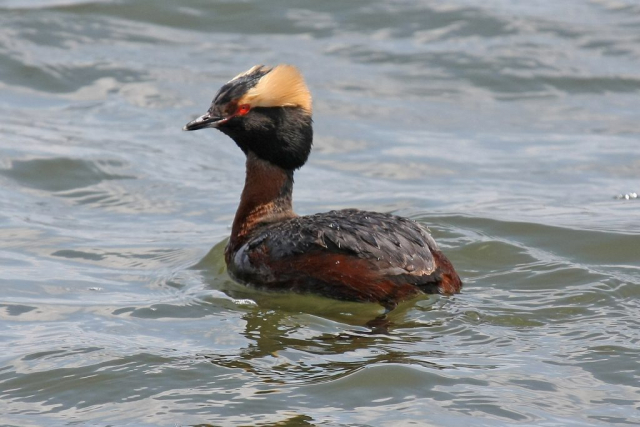 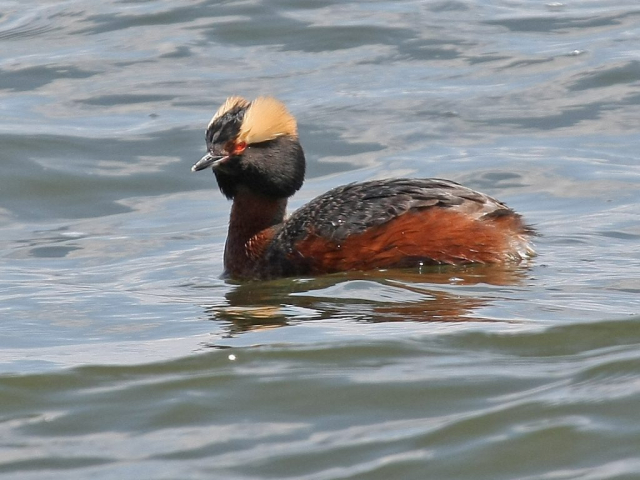