Arrival is generally early to mid-April; large groups may occur shortly after arrival in April.

The Rainwater Basin is a primary stopover area for the species during spring migration (Senner et al 2014) and, as a result, large numbers of Hudsonian Godwits are usually observed there, west to Phelps Co, although small numbers are observed elsewhere in the east.

Fall: In fall, Hudsonian Godwits apparently undertake a non-stop migration after staging in Saskatchewan at least to staging areas in the Amazon Basin, but possibly directly to wintering areas in Argentina and Chile (Senner et al 2014, O’Brien et al 2006). Thus, interior USA fall records are few, but are spread over a wider area than in spring. Records from the northwestern United States suggest that a few juveniles occur in the Interior in Sep (Paulson 1993).

There are nine fall reports:

Comments: One found in Dakota Co 10 Apr 2010 was color-banded as an adult in south-central Alaska in summer 2009 and seen wintering on Chiloe Island in southern Chile. Another, observed in Madison Co in spring 2013, was banded some 9500 km away on Chiloe Island in Jan 2008 (Senner et al 2014), and one in Wayne Co 16 Apr 2020 was also banded at Chiloe Island. 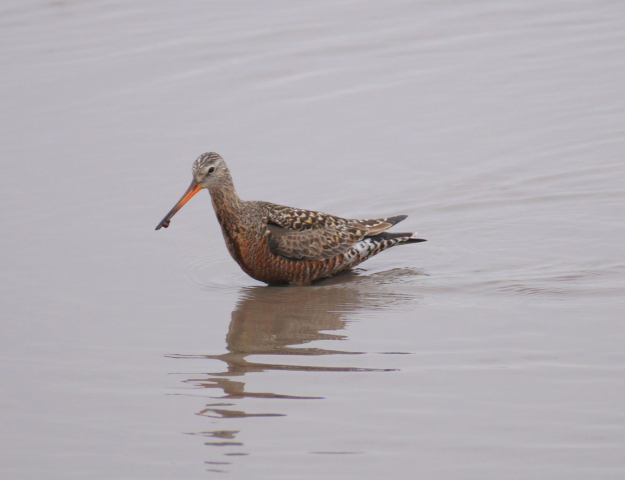 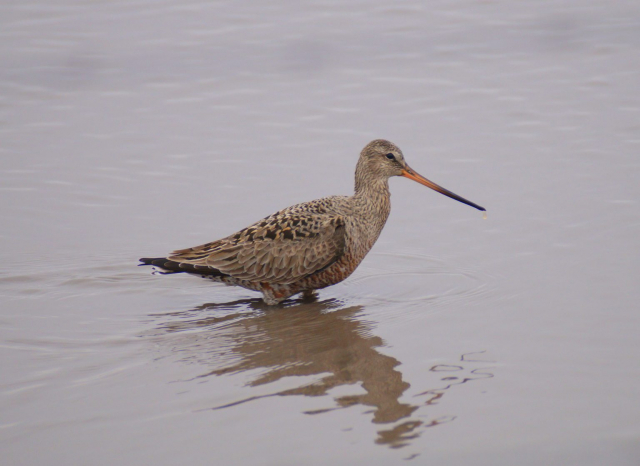 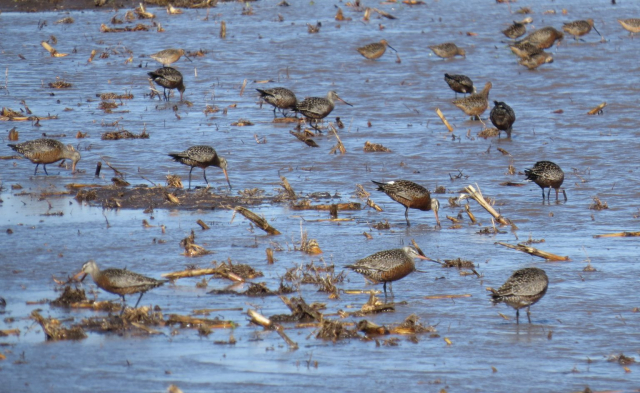 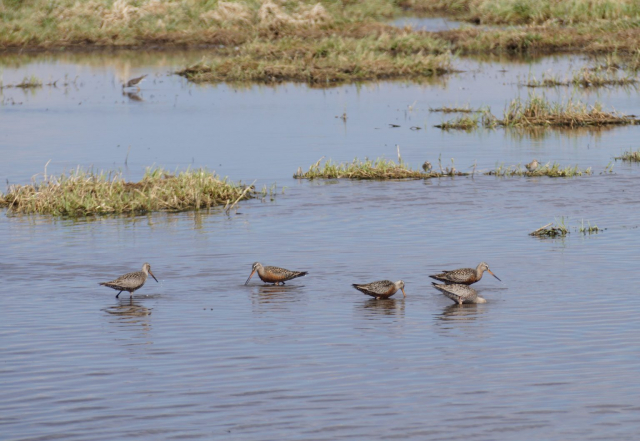 Photograph (top) of a Hudsonian Godwit at Wehrspann Lake, Sarpy Co on 16 May 2007 by Phil Swanson.