Because of the existence of a cline from west to east (dark to light) in overall coloration encompassing forms assigned as “groups” to L. glaucoides by Chesser et al (2017), we consider it virtually impossible to assign most or all Nebraska records, especially of paler individuals, to the “groups” described by Chesser et al (2017). Thus we cite above only the earliest Nebraska specimen that is clearly a representative of the cline.

Taxonomy:  Formerly considered separate species in North America, Iceland Gull (L. glaucoides) and Thayer’s Gull (L. thayeri) were lumped into a single species with three subspecies, glaucoides, kumlieni, and thayeri, in 2017 (Chesser et al 2017).  The decision to merge the two former taxa was based on non-assortative mating between them on Baffin and Southhampton Islands and questions about the validity of earlier research.

The status of “Kumlien’s Gull” is not well understood but the taxon was retained as a separate “group” by Chesser et al (2017). Although Snell et al (2020) showed that there is a complete unbroken cline in overall coloration from west to east, including even the easternmost and palest population of L. g. glaucoides in Greenland, Howell and Mactavish (2003) showed that kumlieni is clearly separable from thayeri, but reserved a conclusion on the relationship of kumlieni to glaucoides until variation in the latter has been investigated. See Comments.

Early and late dates above are for Lake McConaughy and Sutherland Reservoir. Dates from elsewhere are given below.

Recent reports at Lake McConaughy indicate that this species winters regularly, sometimes in numbers; most reports are of former Thayer’s Gull.  Overwintering is unknown away from Lake McConaughy and Sutherland Reservoir, Lincoln Co; at the latter location, six were present 14 Jan 1998, five on 31 Dec 1998, and five on 29 Jan 2000.

Comments: As with other large gull species, reports of former Thayer’s Gulls in Nebraska have dramatically increased since the 1990s.  The increase can be attributed both to an increase in numbers present due to the number of ecologically mature reservoirs and the increasing amount of identification literature available. Former Thayer’s Gull was first reported in Nebraska in 1981 in Douglas-Sarpy Co 17-21 Mar without details (Cortelyou 1991), but not documented until 17-19 Dec 1992, the seventh report of the species, when Rosche described one at Sutherland Reservoir (Morris 1993).  Most Nebraska records of Iceland Gull (sensu Chesser et al 2017) are of former Thayer’s Gull (thayeri), but there have been several reports of puzzling paler birds. There are no documented occurrences of the “glaucoides group” (sensu Chesser et al 2017) of Iceland Gull for Nebraska, although some photographed juveniles have been very pale. Most, however, are probably referable to kumlieni (sensu Howell and Mactavish 2003). Photographs of several of these birds are available at the Nebraska Ornithologists’ Union website.

There has arisen in recent years an additional problem of separation of paler Iceland Gull from the small western North American race of Glaucous Gull, L. hyperboreus barrovianus (see that species). This has been problematic on the West Coast for some time, and has manifested itself at least once in Nebraska, where the identity of a bird at Branched Oak Lake 1-7 Dec 1996 was unresolved (Silcock and Jorgensen 1997). A very small white-winged gull at Lake McConaughy 9 Feb 2021 (Mlodinow, eBird.org) was initially thought to be a glaucoides Iceland Gull but bulky structure and field marks suggested Glaucous Gull. The identification was confirmed by Louis Bevier and Bruce Mactavish; subspecies barrovianus, occurring mostly in the Bering Sea area and the Pacific Coast, was considered unlikely on geographic grounds; there are no confirmed Great Plains records of barrovianus. 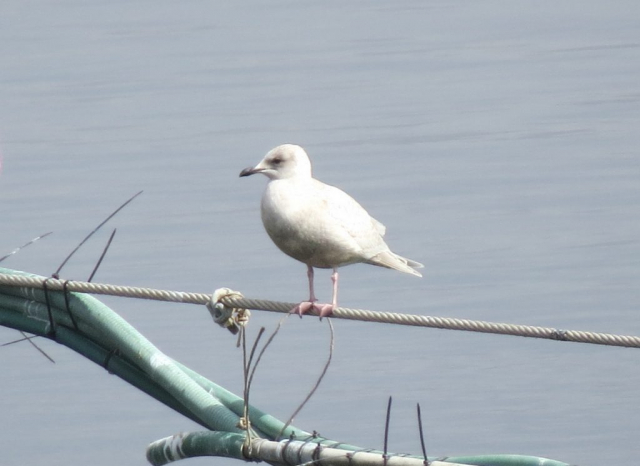 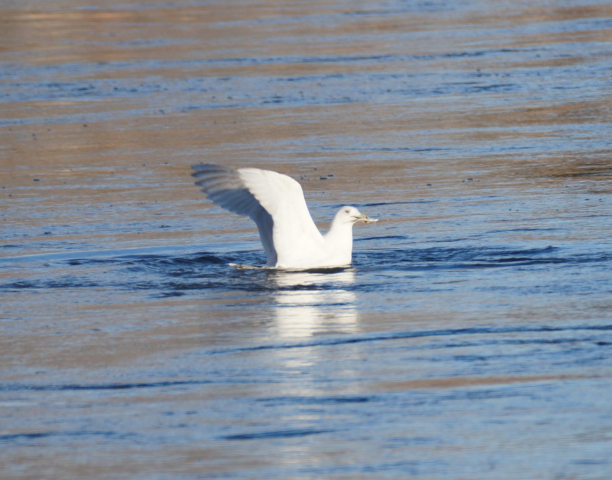 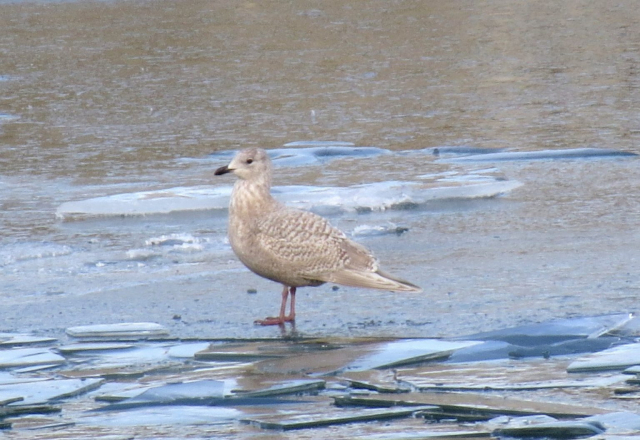 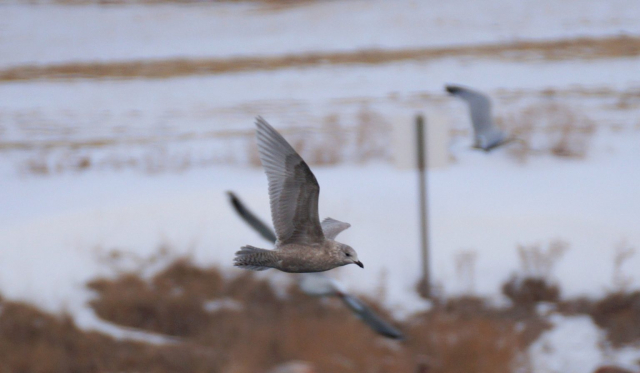 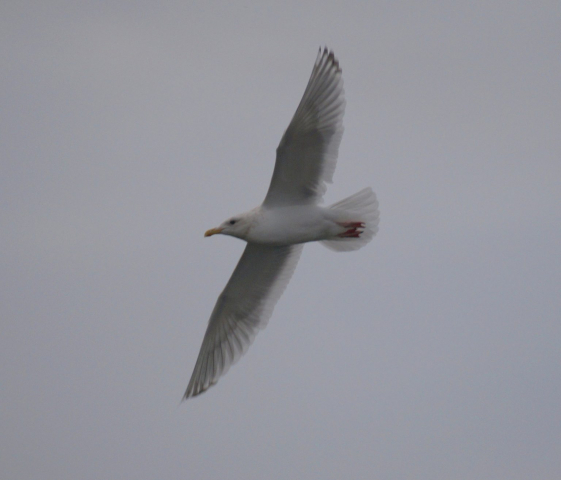 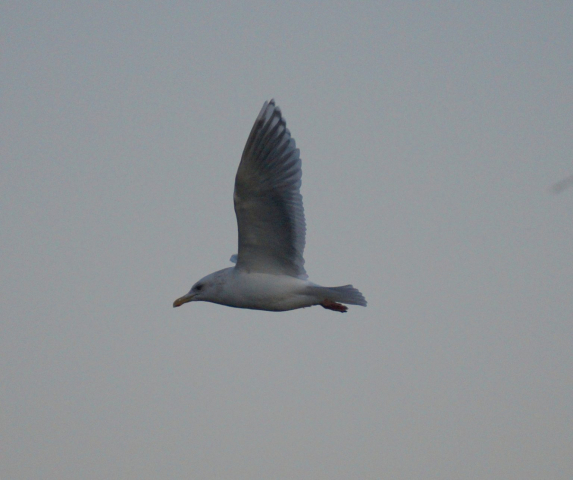