Migrants appear in early May.

Summer: Kentucky Warbler has been a breeder in the Missouri River Valley since ornithological study began in Nebraska; Bruner et al (1904) called it a “common summer resident and breeder” north to Omaha and in Lincoln, and Rapp et al (1958) stated it was a “rare to locally common summer resident in southeast Nebraska, especially in the Missouri River Valley… north to Fontenelle Forest…”.

In recent years, numbers have increased. BBS data 1980-2006 show annual increases of >1.5% per year in the northwestern part of the species’ range, including extreme southeast Nebraska (Sauer et al 2017). The first Breeding Bird Atlas for Nebraska (Mollhoff 2001) showed “Possible” and “Probable” breeding reports only in the Missouri River Valley, north to Ponca SP, Dixon Co and west to Platte River SP, Cass Co; in the second atlas (Mollhoff 2016), there were no reports north of extreme southeast Washington Co, but there were new locations in Richardson Co, including confirmed breeding at Rulo Bluffs and westward at Cornhusker Scout Camp, about five miles east of Du Bois, Pawnee Co on the Kansas border. In 2019, west of the currently known summer range, territorial birds were at two Pawnee Co locations: 2-3 were counter singing at Table Rock WMA 15 May (eBird.org) and two were at Lores Branch WMA 19 May (eBird.org).

The first report from Platte River SP was 13 Jun 2011. In 2012 four territories were located there 19 Jun and a nest with four young was photographed near Stone Creek. In 2013 at least two pairs were there, one of which fledged at least one young bird by 3 Jul, and in 2014 there were three territories.

An indication that migration is underway by mid-Aug was of an adult male that hit a window in Omaha, Douglas Co 14 Aug 2017. Departure is usually complete by mid-Sep; there is a later report 8 Oct 1969 Douglas-Sarpy Cos.

The only Panhandle report is of a male at Wind Springs Ranch, Sioux Co 20 Sep 2002; a female in Lincoln Co 10 Sep 2010 was westerly. There are no confirmed fall records in the central. 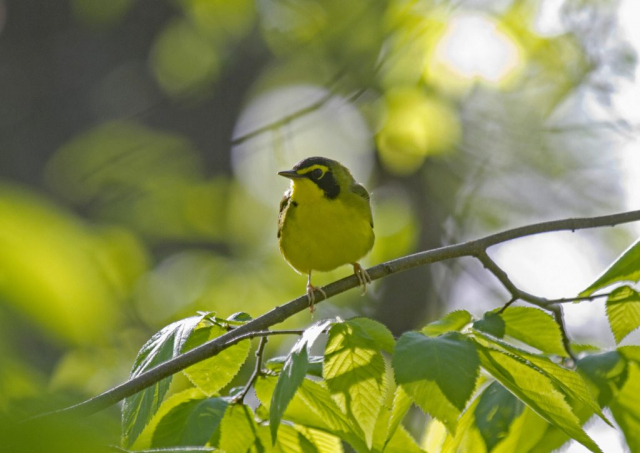 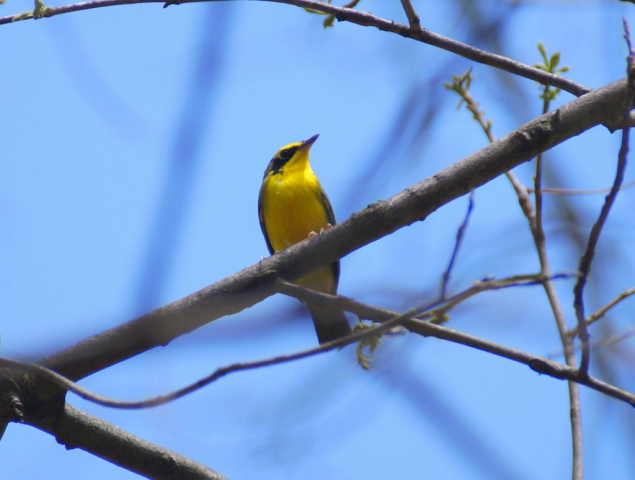