Taxonomy: There are three subspecies, vociferus of North America south to northwest Mexico, ternominatus of the Bahamas and Greater Antilles, and peruvianus of Peru and northwest Chile (Gill and Donsker 2017).

Early dates above are away from known wintering locations. Migrants arrive by the end of Feb or in early Mar and the species is ubiquitous through Apr. Numbers decline in May as migrants depart northward.

Latest dates above are away from known wintering locations; there are later such dates 2 Jan 2019 Washington Co, 3 Jan 2011 Dawson Co, and 7 Jan 2011 Lancaster Co.

Post-breeders and juveniles begin flocking in Jul and such groups are common through early Oct. Numbers decrease in late Oct and through Nov. CBC data show few remaining into Dec; the highest total for all counts was 43 birds in 2012-2013, including 22 at Lake McConaughy, Keith Co 29 Dec 2012. 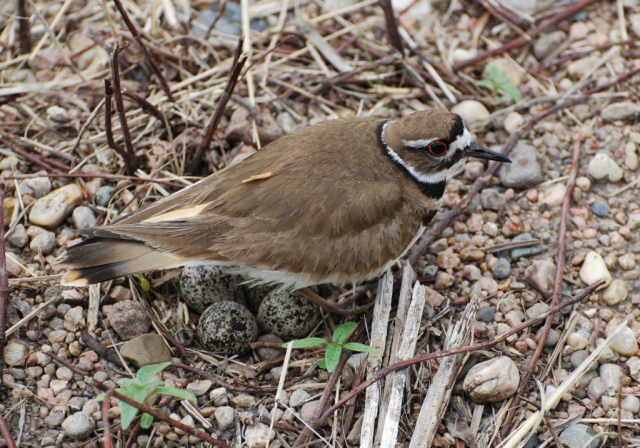