Taxonomy: This species and Nelson’s Sparrow were moved from Ammodramus to the new genus Ammospiza based on genetic studies that indicated former Ammodramus was paraphyletic (Chesser et al 2018).

No subspecies are currently recognized (Pyle 1997).

The correct spelling “LeConte’s” was discussed by Chesser et al (2017).

Earlier dates may be of very early migrants or birds that wintered nearby; arrival of migrants in Kansas is in mid-Mar (Thompson et al 2011). Migration is from mid-Apr through mid-May. See Winter.

Migration is from late Sep through late Oct.

This species winters regularly in southeast Kansas (Thompson et al 2011) and there are several Dec-Feb reports for Kansas on eBird, all within the last few winters (eBird.org, accessed April 2018), suggesting that wintering birds may soon be expected in southeast Nebraska. 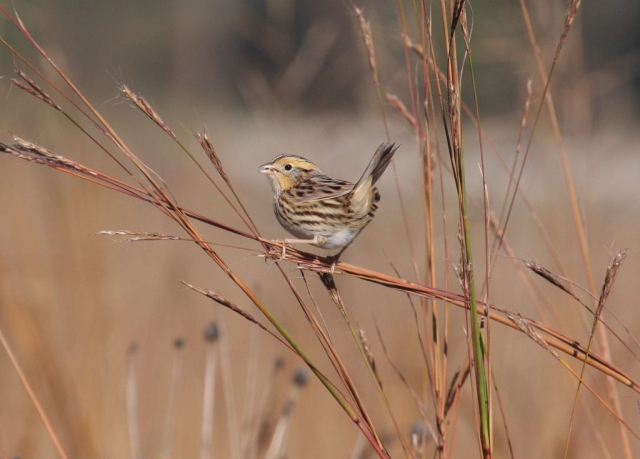 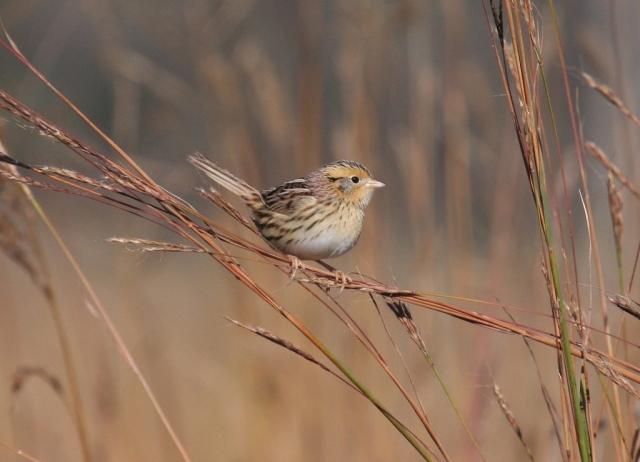 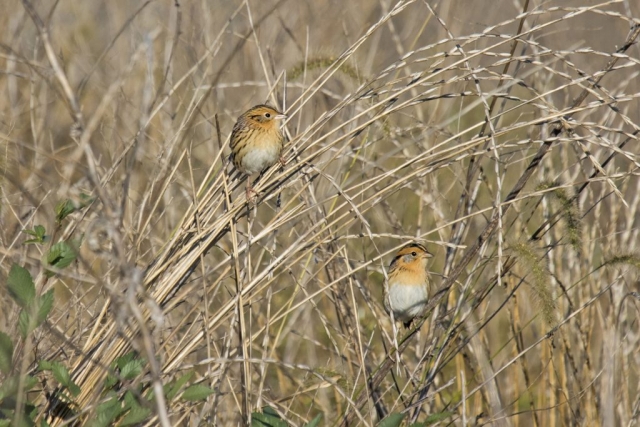 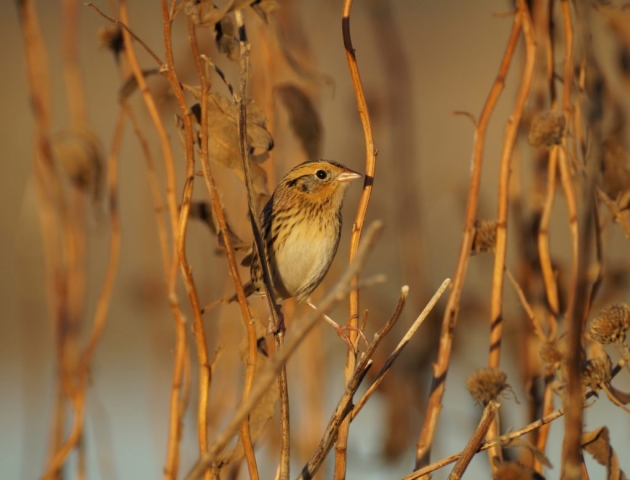