Taxonomy: Taxonomy of this species and close congeners has been complex and controversial. We follow the recent work of Collinson et al (2008), who recognize five subspecies, three in Eurasia (fuscus, heuglini, and barabensis), and two that occur in both North America and Europe, graellsii and intermedius. Howell and Dunn (2007) cite studies that suggest that only three subspecies comprise Lesser Black-backed Gull, fuscus, intermedius, and graellsii.

Nebraska reports are presumed graellsii, although dark-mantled individuals may be closer to intermedius.

Changes since 2000: First recorded in Nebraska in 1992 (Morris 1992), Lesser Black-backed Gulls have been reported every year since, except for 1993. There are now numerous records, qualifying the species for regular status in Nebraska.

Later dates are included in Summer (below). Most spring reports are of adults.

Summer: There are about 22 records in the period 6 May through 2 Sep, most of apparent non-breeding immatures and most at Lake McConaughy; best tallies are five there on both 13-24 May 2016 and 1 Jun 2021, the latter all first cycle birds.

The only record away from Lake McConaughy is of a third cycle immature photographed at Merritt Reservoir SRA, Cherry Co 23 Jul-11 Aug 2014 (Silcock 2014a, 2014b).

Oct and later records are included in Winter (below).

Winter: There are numerous records Oct-Apr, all associated with reservoirs across the state. 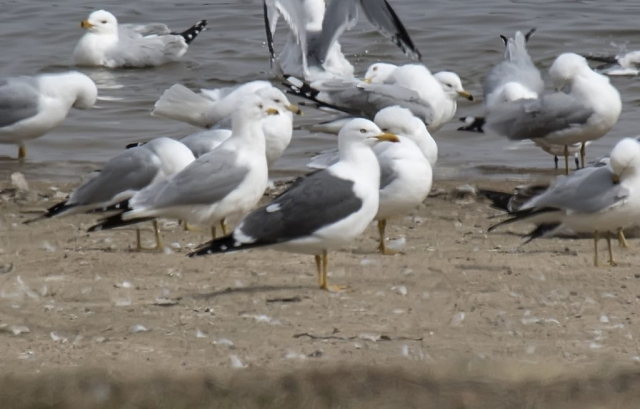 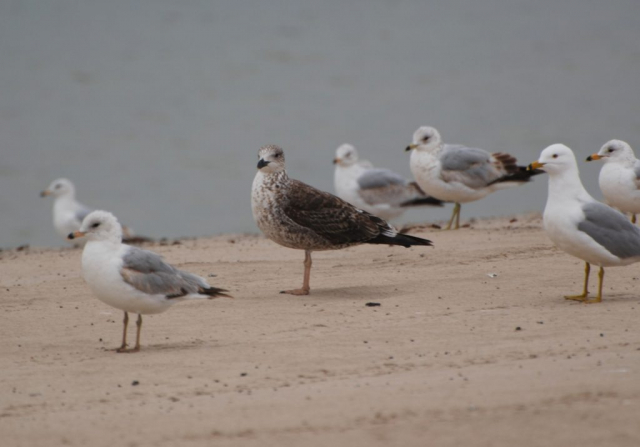