Recent opinion maintains the two traditional (AOU 1957) subspecies while noting that “most” western males (hesperophilus) have green backs, and “most” eastern males (psaltria) have black backs (females do not differ in coloration), and that the color types exhibit “markedly different” molt and breeding phenologies (Willoughby 2007, Watt and Willoughby 2020). The Rocky Mountains and Sierra Madre Occidental constitute a region of clinal transition between the two subspecies in the United States (Watt and Willoughby 2014). Farther east, into Colorado, New Mexico, and Texas, an increasing percentage of males have the dorsum and auriculars black and the ventrum brighter yellow (Watt and Willoughby 2020).

Taxonomic confusion can largely be attributed to the fact that the type specimen of nominate psaltria happens to be a green-backed male from Colorado, where black-backed males are presumed to be more numerous (Watt and Willoughby 2020).

Changes since 2000: The first state record was in 1984, but of numerous records since then only six were prior to 2000. The species is expanding its range northward in eastern Colorado and continues to increase its numbers in Nebraska; 45 were banded at Wildcat Hills NC, Scotts Bluff Co Sep-10 Oct 2011 and 96 were counted there 26 Aug-8 Oct 2015. Recent breeding records and increased sightings indicate the species is rapidly establishing itself as a summer resident in the Wildcat Hills. We expect the species will continue to increase in numbers and expand its range in western Nebraska.

Nebraska’s first breeding record was of an adult pair apparently feeding at least one young bird inside a bush at Wright’s Gap, northeast Banner Co, 19 Jun 2010; the young bird was not visible but could be heard “cheeping” (Silcock 2010; Mollhoff 2022). At this same location in 2007, a pair was accompanied by an apparent begging juvenile capable of flight, indicating it could have been hatched somewhere else. In 2014 two males and a non-flight-capable fledgling were in Carter Canyon 23 Aug in an area where the species had been observed in previous years. Nesting occurred in the campground at Wildcat Hills SRA, Scotts Bluff Co in 2018 (Kathy DeLara, pers. comm.). A female “still in breeding condition” was banded at Wildcat Hills NC 26 Aug 2015. A pair with two juveniles was at East Ash Creek, Dawes Co 28 Jun 2022, and nest building was observed 10 Jul 2022 in Long Canyon, Banner Co.

Winter: The nine accepted records Nov-Feb are scattered across the state. In the west, a male was at a Scottsbluff, Scotts Bluff Co feeder 19 Feb 2008, and one was reported without details at a Morrill, Scotts Bluff Co feeder 13 Jan 2002 by an experienced observer. A green-backed male was in Keith Co 14 Dec 2019. One in a Lincoln Co yard 18 Jan-17 Feb 2018 was photographed, and another was photographed in a different Lincoln Co yard 16 Feb 2018. An extraordinary record, both for location and date, was of a green-backed male photographed attending a Murray, Cass Co feeder from around 26 Nov 2016 through 14 Jan 2017. Perhaps even more extraordinary, almost certainly the same bird returned 6 Nov 2017, but the saga continued as this bird was with Pine Siskins at the same feeder 4-7 May 2018. A bird with a black cap and greenish back “probably” this species was near Gibbon, Buffalo Co 16 Nov 1996 (Silcock 1996). In winter 2020-2021, there were three reports: one was near Gering, Scotts Bluff Co 20 Dec, 1-2 at an Ogallala, Keith Co feeder Jan, and one at a Morrill Co feeder 9 Jan.

In recent years (1995-2012), the species’ breeding range has expanded north, with overwintering now occurring in Colorado (Willoughby and Watt 2020), suggesting that more such records might be expected in Nebraska. There are two winter records for Wyoming, in 2006-2007 and Dec 2007 (Faulkner 2010). 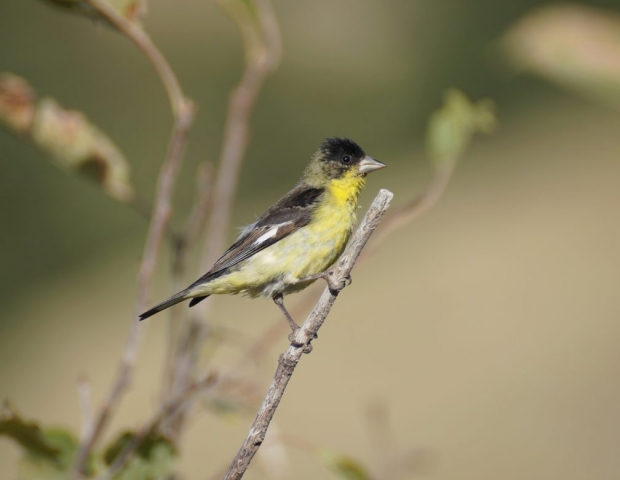 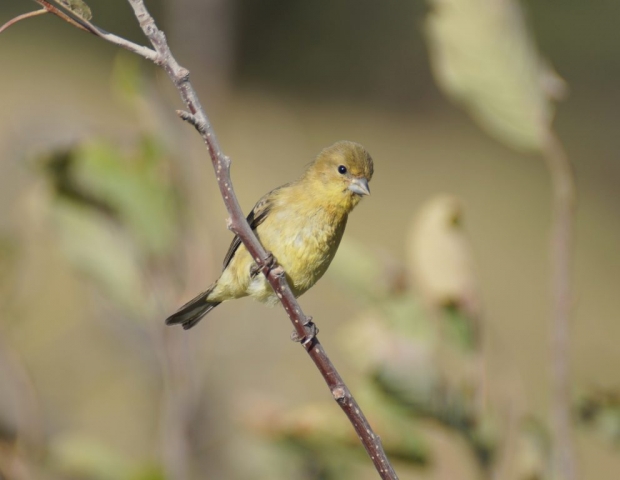 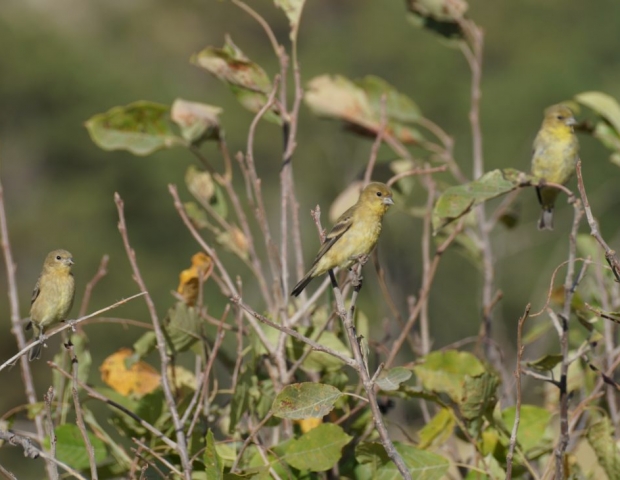 Willoughby, E. J. 2007. Geographic variation in color, measurements, and molt of the Lesser Goldfinch in North America does not support subspecific designation. Condor 109: 419-436.