Rapp et al (1958) listed two subspecies for Nebraska, generally indistinguishable in the field: lincolnii, which occurs statewide in Nebraska during migration, and the Rocky Mountain race alticola, which may be a rare migrant in western Nebraska. There are no known Nebraska specimens of alticola; none are labeled as such in the UNSM collection (Tom Labedz, pers. comm.). However, it breeds close to Nebraska in the Laramie Mountains of Wyoming (Faulkner 2010) and is a rare migrant in western Kansas (Johnston 1965).

Early dates above are away from the Missouri River Valley and the eastern Platte River Valley where wintering birds may occur; see Winter.

Migration is from late Mar through mid-May, peaking in early May.

Summer: A territorial pair was in a marshy vegetated area along the Niobrara River at Agate Fossil Beds NM, Sioux Co 14 Jun 2021; the observer noted “the habitat looked great, had it been at 7000 ft” (Mlodinow, eBird.org). This is the only record of likely breeding for the state; nearest regular breeding is in southeastern Wyoming in the northern Laramie Mountains between Casper and Glendo and the eastern Laramie mountains east of Laramie (eBird.org, accessed 4 Sep 2021).

There are essentially no sightings late Nov through early Dec, suggesting that Dec reports beginning 15 Dec are of birds attempting to overwinter (see Winter).

By Nov-Dec, most sightings are in the southeast, where the species occasionally lingers into Dec and early Jan (see Winter). There are about 45 reports for Dec, many from CBCs, with high counts 8 at DeSoto NWR 28 Dec 2013, 6 at Omaha, Douglas Co on 16 Dec 1972 and five there 19 Dec 1998. Most Dec reports are from the Missouri River Valley and the eastern Platte River Valley where occasional wintering occurs, north to Norfolk, Madison Co and Dakota Co and west to Grand Island, Hall Co and Kearney, Buffalo Co. Further west, one was in Lincoln Co 21 Dec 2014, and another in Scotts Bluff Co 22 Dec 2019.

Migration is from early Sep through mid-Nov, peaking in early Oct. Migrants are numerous in the Rocky Mountains by Aug, spreading onto the Great Plains in Sep (eBird.org, accessed Mar 2021)..

Winter: Reports decline rapidly after mid-Jan, suggesting that few birds are able to overwinter. One wintering at an Ashland, Saunders Co feeder 2018-2019 was still there 13 Apr 2019. One stayed in Neligh, Antelope Co “throughout the winter” 1898-99 (Cary 1900); no further details were provided. There were multiple reports of single birds, possibly all of the same bird, in southeast Washington Co through Jan 2013; there were no Feb reports. During that 2012-2013 period, two were on the DeSoto NWR CBC 29 Dec 2012. In 2013-2014 reports were similar; DeSoto NWR CBC 28 Dec reported eight, and the latest sighting was of one at Boyer Chute NWR 25 Jan.

The few mid-Jan through early Mar reports in the southeast are likely wintering birds, although numerous eastern dates beginning as early as mid-Feb suggest an early movement from wintering areas close to southern Nebraska.

Comments: A note in the NOU Archives, Lincoln, by Swenk states “Mr. J.M. Bates sends in an immature Lincoln (?) Sparrow killed at Long Pine the first week in July and says the bird is abundant and a fine singer” (unpublished correspondence 31 Jul 1899). Further, “W. D. Hunter determines it as Lincoln Sparrow” (unpublished letter 2 Aug and 11 Nov 1899). And, “Bates asks return of specimen for forwarding to Washington for confirmatory identification.” As far as we are aware, there was no follow-up information published. 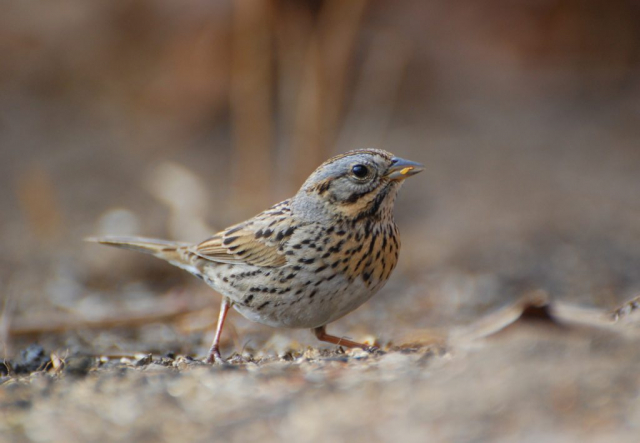 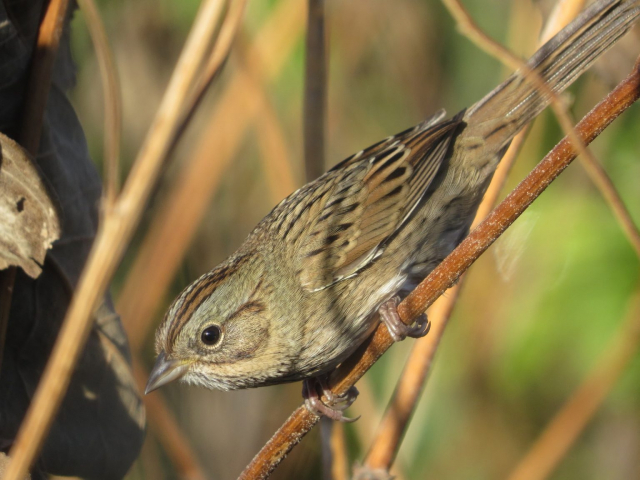 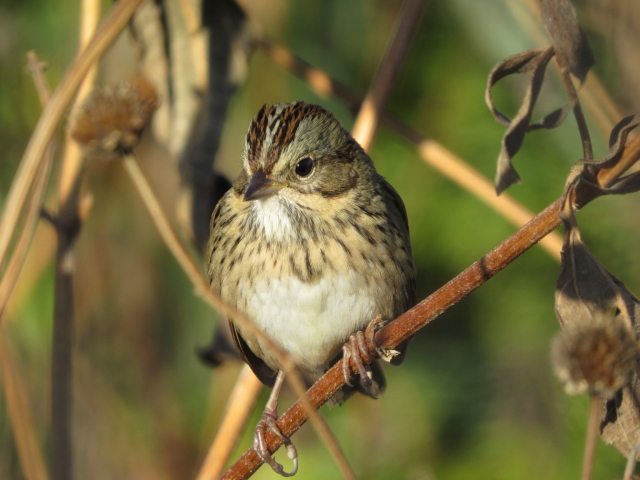