Taxonomy: Various subspecies treatments are in use (Pyle 1997, Gill and Donsker 2017, Clements 2016). The treatment used by Dickinson (2003) is followed here. There are eight subspecies recognized, three of which are restricted to California islands and one to Mexico. The others are: excubitorides of central Canada and the central and western USA, migrans of eastern North America, ludovicianus of coastal southeast USA, and miamensis of south Florida. Gill et al (2021) included miamensis in ludovicianus.

This species winters in the southeast, and so dates above are away from the winter range mapped above.

Summer: Loggerhead Shrikes are most numerous in western Nebraska and the Panhandle, where pure excubitorides likely occurs; the population of this subspecies may be maintaining its numbers better than eastern birds, mostly migrans and intergrades between the two subspecies. Indeed, the BBS Trend Map for 1966-2013 shows that western Nebraska populations increased at >1.5% per year, and in the rest of the state declined at >1.5% per year.

The decline in Loggerhead Shrike numbers in agricultural areas of Nebraska indicated by such data has been attributed by various authors (for example, Yosef 2020) to habitat destruction and pesticide use. That these causes may indeed be indicated in intensively cropped eastern and southern Nebraska is suggested by the fact that the lowest breeding numbers are in that area; lowest numbers for the state are in the Rainwater Basin, where Jorgensen (2012) considered the species a rare summer resident, formerly more common. Only four were reported in the northeast during summer 2021.

There were 10 birds in three family groups in about five miles of Dodge Co road 1 Jul 2009.

This species winters in the southeast, and so last dates above are away from the winter range mapped above. Dec and later dates may be of birds attempting to overwinter (see Winter).

There are usually fewer than three reports most winters and in recent years reports are less-than-annual away from the extreme southeast as mapped above. CBC counts held in the first or second weeks of the count period recorded only around one bird per 100 party-hours. There is a specimen, UNSM ZM17545, taken 10 Jan 1997 in Butler Co, and one was photographed in Dodge Co 10 Jan 2008.

There are no mid-winter records in the Panhandle, where it is “best to treat all wintering shrikes as Northerns, unless convincing published details or collected specimens prove otherwise” (Rosche 1982). 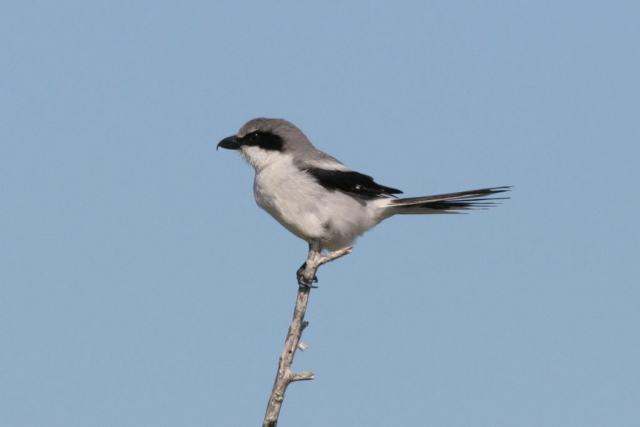 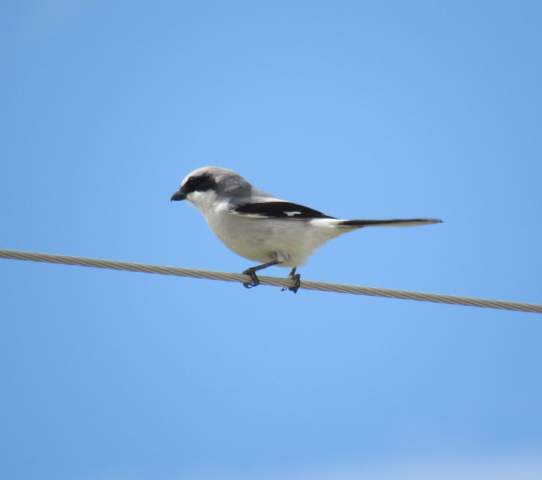 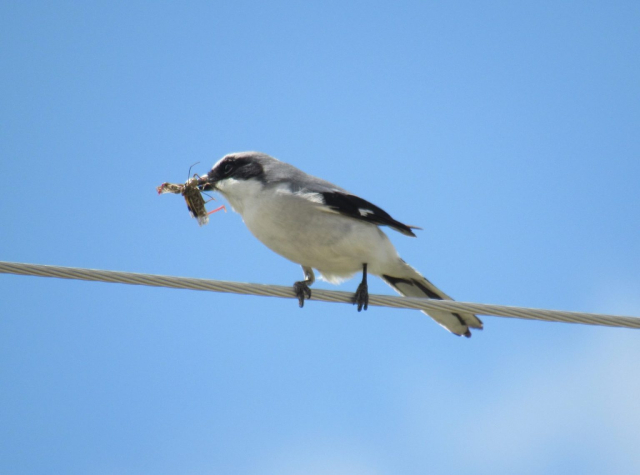