Taxonomy: Treated as monotypic by Gill and Donsker (2017) and Pyle (2008), based on Dugger & Dugger (updated 2020). Two poorly-defined subspecies, parvus of southwest Canada to California and americanus of the western United States, are recognized by some authorities (Clements et al 2016).

Nebraska birds are intergrades if the subspecies are recognized, given the ranges outlined by AOU (1957).

Arrival is relatively early, generally by the first week of Mar, with a peak in Apr. A bird (Bailey) outfitted with a satellite transmitter in Garden County, Nebraska left her northeast Mexico winter location 8 Apr 2010, arrived in Garden Co 9 Apr, and settled in 11 miles northeast of her previous year’s nesting site; in 2011 Bailey left northeast Mexico 29 Mar and arrived in the western Sandhills 1 Apr (NGPC, unpublished data).

Easterly records are few, even in the Rainwater Basin. One in Fillmore Co 27 Apr 2003 was the first record for the eastern Rainwater Basin for 50 years; but in the following years, 2004-2013, there were no fewer than 12 eastern records 30 Mar-27 Apr, most of these cited by Jorgensen (2012). There are four easterly records away from the Rainwater Basin, three in 2013: Sarpy Co 13 Apr, one photographed at Jack Sinn WMA, Lancaster Co 15 Apr, and two birds likely this species near Talmage, Otoe Co 27 Apr. The fourth was of one at Lakes North and Babcock, Platte Co 15 Apr 2022. An older report was of one downed in a snowstorm in Albion 26 Mar 1983 (Wayne Mollhoff, pers. comm.).

Summer: The Long-billed Curlew’s historical breeding range formerly included all of Nebraska (Ducey 2000), extending as far east as Illinois, but had decreased markedly by 1900 (Dugger and Dugger 2020). A few old nesting records exist from eastern Nebraska; adults and young were in Platte Co on the Stephen Long Expedition 8 Jun 1820 (James 1972, Mollhoff 2022), Cary (1900) noted that the Long-billed Curlew was “formerly common but is now quite rare” in Antelope Co in Nebraska, and a nest with eggs was collected in Pierce Co May 1887 (Spink, Mollhoff 2022). By the early 1900s Long-billed Curlew was restricted to western Nebraska as “a common breeder locally from Cherry County westward” (Bruner et al. 1904). The breeding range has remained relatively stable since. Long-billed Curlews became less common in the east and south of the Sandhills as the prairies were converted to agriculture; the species has not summered in the Keystone Lake, Keith Co area since irrigators were installed in the 1990s (Brown et al 2012). Since 1925, there have been fewer than 20 reports east of the Sandhills and south of the Platte River.

Although the Nebraska Sandhills appear to be a major stronghold for the species (Gregory et al 2011), declines in Nebraska are apparently ongoing. BBS trend analysis (Sauer et al 2017) shows Long-billed Curlews declining -3.04% (95% C.I.; -5.77 to -0.23) annually in the state. A recent study in the western Sandhills 2008-2010 showed nest success was about 30% and negatively associated with the presence of tall vegetation near the nest site (Gregory et al 2011). The same study also showed chick survival from hatching to fledging was only 4% (n = 28; Gregory 2011).

The southern and eastern limits of the breeding range are not well defined, but the species may breed at very low densities in the southern Panhandle and in Sandhills east of Cherry County. A single bird was sighted in northeastern Keya Paha Co during a Burrowing Owl survey summer 2020 (Thiele et al 2021).

The few breeding season reports from the southern Panhandle are of a pair west of Long Canyon in Banner Co 3 May 1997, 14 in the same general area and courting 8 Apr 2000, one calling in suitable breeding habitat in southern Kimball Co 9 May 1998, and a pair in northern Cheyenne Co that raised chicks in 2007 and 2008.

Eastward, breeding apparently occurs on occasion in Brown, Rock, and Holt Cos (Mossman and Brogie 1983, Blake and Ducey 1991) and Garfield Co (Ducey 1988).

Post-breeding grouping and fall migration by Long-billed Curlews commences early. Failed breeders may migrate by early Jun or even May. Two females outfitted with satellite transmitters that nested in Garden Co in 2009 both had nests that were depredated. One female migrated south on 19 Jun and arrived on wintering grounds in northeast Tamaulipas, Mexico, 29 Jun. The other female departed 29 Jun (NGPC, unpublished data). One of these birds departed Nebraska 12 May 2010 and flew 360 miles to the Oklahoma Panhandle. Presumably its nest was also lost soon after egg-laying (NGPC, unpublished data).

Female Long-billed Curlews leave males attending broods several weeks after hatching (Dugger and Dugger 2020). By late Jun curlews begin forming flocks (Brown et al 1996); flocks of as many as 30 birds, which may have included failed breeders, were observed as early as 10 Jun 1997 at Crescent Lake NWR, Garden Co. A flock of 11 was in Kimball Co 2 Jul 2020.

Additional early fall migrants away from breeding areas were one at Harlan Co Reservoir, Harlan Co 20 Jun 2004, one in southeast Lincoln Co 23 Jun 2005, and a large group of 200 in Garden Co 12 Jul 2004. During Jul numbers decline and most are gone by Aug. Tout’s (1947) latest date from Lincoln Co is 22 Jul, and last dates from southern Sioux Co were 22 Jul 2009 and 31 Jul 2008. Most of the Aug reports are from the first half of the month, and there are only seven reports for Sep, most undocumented.

The species is casual in the east in fall with only four recent records; two were found at separate sites along the Platte River between Columbus and North Bend 27 Jun 2012, one was at Conestoga Lake, Lancaster Co 23 Jul, one was at Tamora WPA, Seward Co 1 Sep 2017, and one was at Funk WPA, Phelps Co 13 Sep 1997. 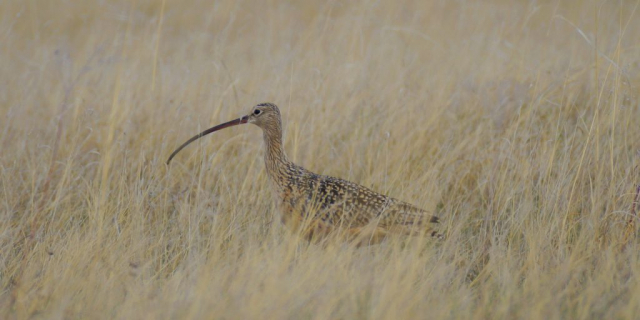 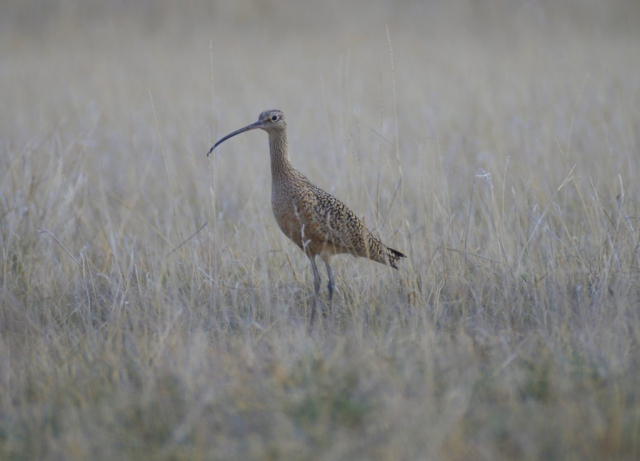 James, E. 1972. Account of an expedition from Pittsburgh to the Rocky Mountains. Imprint Society, Barre, MA.