Later dates in Jun are discussed in Summer, below.

Long-billed Dowitchers generally arrive in late Mar or early Apr. Peak migration occurs during the first week of May, and numbers decrease quickly, and the species is scarce by late May (Jorgensen 2004).

An early analysis of dowitcher status in Nebraska was done by Swenk (1940), who suggested that spring migration dates were somewhat later in eastern Nebraska than in the west, but current data do not show noticeable differences in timing. Numbers, however, are lower in spring in western Nebraska (Rosche 1982), where there are no major staging areas comparable to the Rainwater Basin. In fall, the reverse may be the case (see Fall High Counts). 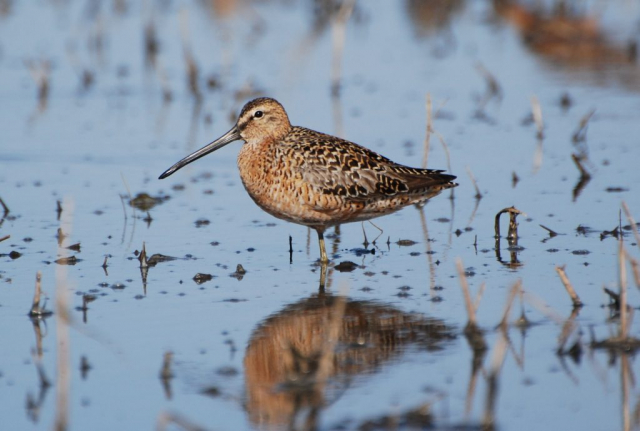