Regarding the Sioux Co record cited above (photograph herein), observer Steven Mlodinow noted in his eBird checklist: “Too dark for MALL with tail that is too dark. However, relatively broad edges to speculum, heavy black splotching on bill, and amount of white on tail not correct for pure [Mexican Duck]. Perhaps if only one mark was off, but the combo pretty much eliminates a pure bird.” Mlodinow further commented: “I ran it past some NM/AZ birders as well as Andy Engilis, who is doing work on Mexican and Mottled Ducks, establishing phenotypes of each taxa using genes (from the birds studied) to confirm ID. The answer was Mexican x Mallard, as I expected, with the caveat (from Engilis) that it is possible that some pure Mexican Ducks might look like this.”

The Cochran Lake bird, a male, was described by the observer: “Male MALL like bird with weakly mottled brownish sides and head colored green and brown in Baikal Teal like pattern. Bill bright yellow with black nail. Not as dark as MALL X ABDU.”

A dark female paired with a male Mallard 20 Jun 1993 Sioux Co and reported by Ross Silcock as an American Black Duck (“Most unusual for season and location was an Am. Black Duck in Sioux NE June 20 (RS)”; Grzybowski 1993), may have been a Mallard x Mexican Duck hybrid based on current knowledge.

It is likely as Nebraska observers become more familiar with this hybrid there will be additional reports, presumably westward. The presence of Mexican Duck (12+ records) and its hybrids with Mallard (7+ records) has been well-documented in eastern Colorado north of the Arkansas River (eBird.org, accessed Apr 2021). There are no records of Mexican Duck for Kansas or Oklahoma (Thompson et al 2011, eBird.org accessed April 2021) and only one record of the hybrid, in extreme southwestern Kansas 14 Mar 2012 (eBird.org). 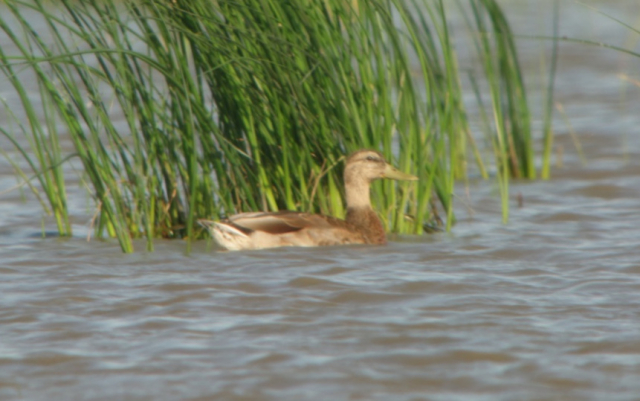 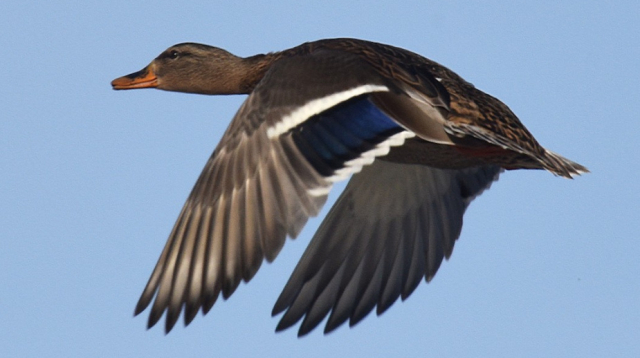