Taxonomy: Chesser et al (2010) transferred this species from the genus Calcarius to Rhynchophanes. The English name of this species was changed to Thick-billed Longspur as the result of a submission and vote to approve by the North American Classification Committee (NACC) of American Ornithologists’ Society (AOS); the proposal and comments can be accessed at https://americanornithology.org/nacc/current-prior-proposals/2020-proposals/.

Migrants arrive in early to mid-Apr; peak counts are in mid-Apr.

Summer: Breeding birds are fairly common in the western Panhandle wherever the preferred habitat of grazed shortgrass prairie with bare patches is found. Most such sites are at higher altitudes than surrounding grasslands. Snyder and Bly (2009) surveyed this species and Chestnut-collared Longspur in Kimball Co in 2007 and found Thick-billed Longspur to prefer heavily-grazed short-grass prairie and bare or virtually bare cropland, with minimal overlap with Chestnut-collared nesting areas, the latter preferring lightly-grazed grassland. Rosche (1982) observed that the nesting range in Sioux Co extends further east in dry years but retreats westward when conditions are wet. Breeding occurs in western Scotts Bluff, Banner, and Kimball Cos where suitable habitat exists (Rosche 1994). Huser (1986) noted that nesting Thick-billed Longspurs were found in Kimball Co “a few miles” north and west of Bushnell, and young were reported in Kimball Co 16 Jun 1991 (Grzybowski 1991). A “sizeable breeding population” was present 1993-1995 on a plateau 13 miles south and 8 miles west of Kimball. Although breeding evidence has not been published for Scotts Bluff or Banner Cos, there is a series of summer records for Scotts Bluff Co for 1965-69. 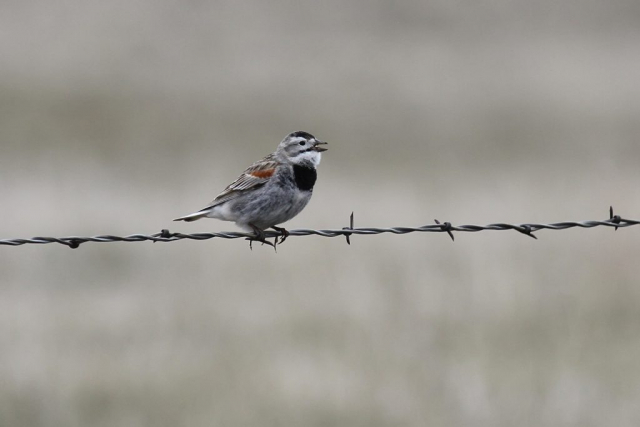 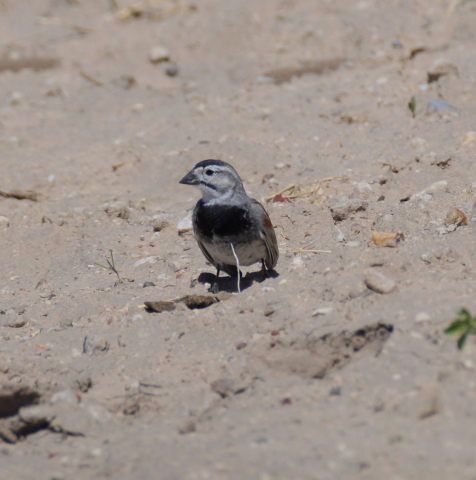