Taxonomy: The westernmost populations of Myrtle Warbler have been considered separable as hooveri (Curson et al 1994; Dunn and Garrett 1997); this taxon has been described as breeding from Alaska south to British Columbia and wintering from Colorado, Kansas, and Missouri southward (AOU 1957). However, although Pyle (1997) considered differences between coronata and hooveri only clinal and insufficient to warrant subspecific status, Gill et al (2021) retained hooveri along with coronata.

Intergrades between Audubon’s and Myrtle Warbler are fairly common. An often-reported form resembles Audubon’s Warbler, but the yellow throat is outlined in white. A male collected 20 Apr 1920, UNSM ZM6849, in Lancaster Co has yellowish feathering on a white throat and limited whitish wing bars. One at Lake Ogallala, Keith Co 15 Feb 2015 had the facial and throat pattern of Audubon’s Warbler, but its calls resembled those of Myrtle Warbler. In 2020, there were 14 reports in the west and west-central of “Myrtle X Audubon’s” Yellow-rumped Warblers 19 Sep-16 Nov with varying amounts of white on the throat and various combinations of throat color and presence or absence of a white supercilium. Easterly reports of intergrades are of singles in Lancaster Co 24 Jan 2016 and 25 Apr 2020.

Changes since 2000: Numbers occurring during winter have increased during the past decade based on CBC data (Figure 1). Numbers in Feb in the south especially have increased dramatically beginning in the winter of 2007-2008; prior to that winter there had been only 11 records in all for Feb, but numbers began to increase until the unprecedented count of 16 in Feb 2014-2015.

Migrants are discernible in the north and west by mid-Apr; peak counts occur in early to mid-May.

There are a few reports Jun-Aug without information on subspecies of these sightings; these are included in Audubon’s Warbler.

Migrants become noticeable in mid-Sep and peak migration is in early Oct. Numbers and distribution thereafter begin to decline, with the Sandhills and northern Panhandle vacated in Nov and by Dec most reports are from the south and east.

Reports are fewest in Jan-Feb, especially north and west of counties along the North Platte, Platte, and Missouri river valleys. There are 18 such reports 2 Jan -27 Feb.

Comments: The subspecies coronata and auduboni were at one time considered separate species, Myrtle and Audubon’s Warblers respectively, but since 1983 have been treated as conspecifics due to the presence of hybrid zones from northwest British Columbia to southwest Alberta (Barrowclough 1980, AOU 1983). Curson et al (1994) suggested, however, that a more appropriate treatment is to consider the two taxa as two of four allospecies within the superspecies [S.] coronata, the others nigrifrons (Black-fronted Warbler) of the southwest United States and goldmani (Goldman’s Warbler) of southern Mexico. Analysis of a narrow hybrid zone in Alberta supports this treatment; although genetic distance between coronata and auduboni is slight, the hybrid zone has remained narrow and stable, suggesting assortative mating (Hunt and Flaspohler 2020). Indeed, Gill et al (2021) separate coronata and auduboni as full species, along with nigrifrons and goldmani, although nigrifrons is now considered a subspecies of Audubon’s Warbler. 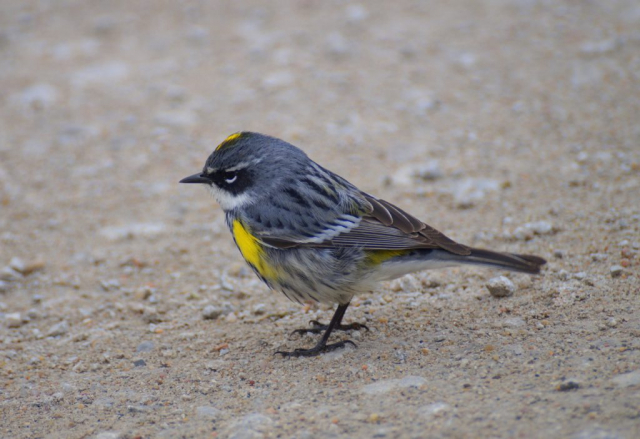 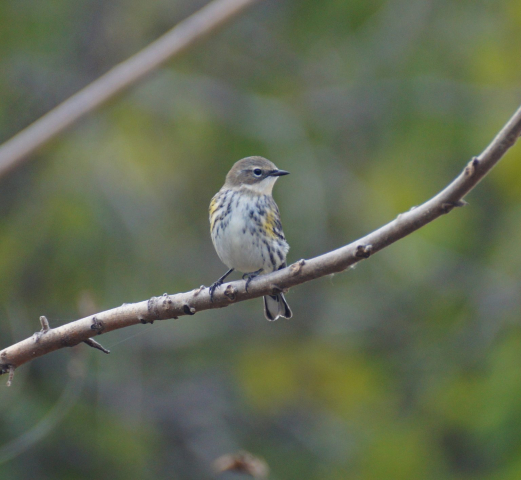