Subspecies ruficapilla is the expected migrant through Nebraska, but see “Comments” (below) regarding occurrence of ridgwayi.

Migration occurs between late Apr and late May.

Migration is from late Aug through late Oct, peaking mid-late Sep, rather late for a wood-warbler.

There are 27 fall Panhandle reports in the period 18 Aug-12 Oct, at least one possibly referable to ridgwayi (see “Taxonomy”), with a very late record 27 Nov 2006 southeast Sioux Co.

Comments: There are no documented breeding records of Nashville Warbler for Nebraska. Reports of breeding in the east (Ducey 1988) are likely in error, as suggested by Johnsgard (1980). Aughey (1878) was said to have found a young bird newly fledged on 10 Jun 1865, questioned by Sharpe (1993). Bent (1953) stated that it was “reported to breed in northeastern Nebraska but no specific records,” presumably a reference to Aughey’s list. A report by Carriker (1901) mentioned above under Spring, was not considered conclusive breeding evidence by Mollhoff (2022). A nesting report from Webster Co for 1961 (Wensien 1962) was probably referable to the unlisted therein Yellow Warbler.

The status of ridgwayi (“Calaveras Warbler”) in Nebraska deserves additional attention because it is a one of the taxa that breeds in the Pacific Northwest and may migrate in fall east of the Rockies and possibly in the Nebraska Panhandle, similar to Townsend’s Warbler, Cassin’s Vireo, and subspecies of Hermit Thrush.

Identification of Nashville Warbler subspecies is difficult due to apparent overlap in key features. Often mentioned is the ridgwayi habit of tail wagging, but this can occur rarely in ruficapilla as well (Dunn and Garrett 1997). As indicated in eBird filter recommendations, “field ID [of ridgwayi] is not at all straightforward and maybe not possible (tail wagging is not a diagnostic or useful character!)” Ruficapilla is also thought to be mostly yellow below and with a green back that contrasts with the gray nape whereas ridgwayi has varying but obvious areas of pale to white feathering below, mostly in the vent area, and a gray back that contrasts minimally with the gray nape. Steven Mlodinow, experienced with west coast ridgwayi, suggests for identification as ridgwayi  in fall “there would need to be a decent pale patch near legs, longish tail frequently wagged, and gray back”, and for ruficapilla “a bird nearly completely yellow below, green above, shortish tail, and little wagging”.  Tail “bobbing” is considered rare in ruficapilla (Lowther and Williams 2020) and the vent averages more extensively white in ridgwayi (Dunn and Garrett 1997). An interesting photo of a Nashville Warbler in Lancaster Co  21 Oct 2021 shows a putative ruficapilla that was not tail wagging, had bright yellow underparts, was in eastern Nebraska, but had a gray back (Steven Mlodinow, pers. comm.).

There are no Nebraska specimens or photographs identified as ridgwayi, but there are a few sight reports purporting to be of this subspecies, none with unequivocal tangible supporting evidence. One of the stronger claims was of a bird at Clear Creek WMA, Garden Co 14 Oct 2000, described as having “extensive white underparts and constant tail pumping” (Stephen Dinsmore, pers. comm.). Three additional credible reports are 26 Aug 2006 Keith Co, 2 Oct 1999 Oliver Reservoir, Kimball Co, and 7 Oct 2003 Chadron, Dawes Co. Reports with video in Lancaster Co 23 Sep-3 Oct 2015 and 13 and 20 Oct 2017 were considered equivocal.

According to eBird (accessed Oct 2021), there are several records of ridgwayi in eastern Wyoming and northeastern Colorado, three during 8-26 May and seven during 6 Aug-22 Oct. 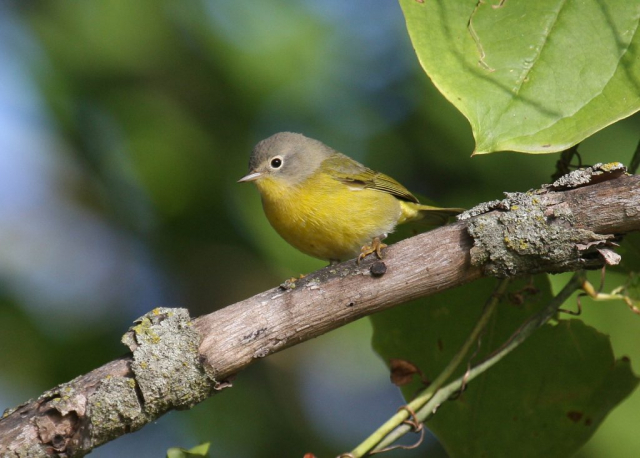 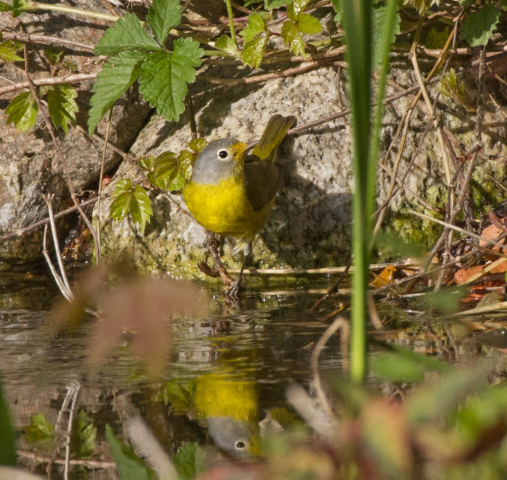 Aughey, S. 1878. Notes on the nature of the food of the birds of Nebraska. 1878 Report of the United States Entomological Commission. Washington, DC: Government Printing Office.