Resident: Since the early 1900s, Northern Cardinal has gradually expanded its range from the southeast (Bruner et al 1904) across the state westward, primarily along major river valleys (Short 1961), as woody vegetation developed. The range continues to expand, and individuals are regularly observed outside of the above mapped range, which represents the current established distribution of the species.

Normally a sedentary species, expansion results from immatures dispersing from the edge of the range in fall and wintering in a new location (Halkin and Linville 2020). There are winter records for most areas in Nebraska beyond the breeding range; such birds may overwinter, locate mates and nest in the following year.

In the Niobrara River Valley, this species continues as of 2019 to push westward. Brogie and Mossman (1983) found several singing males and territorial birds at the Niobrara Valley Preserve in 1982, listing the species as an uncommon “probable nester.” In 2008, the species was increasing in numbers and “spreading out” in Rock Co. Ducey (1988, 1989) noted an increase in numbers during the period 1984-88 at Anderson Bridge, some 20 miles west of Valentine, Cherry Co, and since then, the few reports included one at Smith Lake SRA, Sheridan Co 28 Sep 2009 which is located on Pine Creek, a Niobrara River tributary. two at Valentine NWR, Cherry Co 25 May 2017, and one at Merritt Reservoir, northeast Cherry Co 11 Mar 2018. In 2019, however, single cardinals were at the Eli Road crossing of the Niobrara River, about 10 miles east of Merriman, the Middle Boiling Springs Road crossing, and the Cody crossing, all on 21 Jul (Bill Flack, eBird.org). In 2021, singles were near Nenzel 6 May and at Chat Canyon 6 May.

Short (1965) found no Northern Cardinals at his camp southwest of Merriman, Cherry Co in 1964, but found a pair and collected the male (USNM 480458) south of Rushville in Sheridan Co in summer 1964. This pair was territorial, and the male had enlarged testes.

Rosche (1982) showed the species has a tenuous hold, at best, in the Pine Ridge region. Northern Cardinals were apparently seen along Bordeaux Creek, a tributary of the White River east of Chadron in Dawes Co in 1935 and 1936 (MacKinlay 1936). There were no further reports until 8 Apr 1954 and 2 May 1956 in Dawes Co, followed by reports 22 May 1957 Sheridan Co, and 2 Apr and 7 Sep 1959 and 20 May 1960 in Box Butte Co. Apart from the Sheridan Co record by Short described above, there were no more reports in the Pine Ridge region until 15 Nov 1987 in Dawes Co; the 21 Pine Ridge reports since suggest a gradual increase in numbers, with most reports since 2005. One was along the Niobrara River at Agate Fossil Beds NM, Sioux Co 20 Sep 2017.

Elsewhere in the Panhandle, reports are mostly in or near the North Platte River Valley. There are numerous reports from Scotts Bluff Co, where cardinals are rather widespread, albeit limited to the Valley itself. A long-time resident of Scotts Bluff Co noted in 2020 “They continue to surprise me with the frequency of reports” (Alice Kenitz, pers. comm.). As of summer 2022, Northern Cardinal occupies the entire North Platte River Valley. There have been about 60 reports (as of Aug 2019), with dates year-round. It is apparent from dates in the DeLara yard near Mitchell that cardinals are appearing at feeders mid-winter, then apparently nesting nearby and bringing young to the feeders in summer and then dispersing; from 2012 to 2017 all dates were in the period 9 Dec-10 Jul (Kathy DeLara, pers. comm.). After first being recorded in Scotts Bluff Co in 1954, there were several Dec and Jan reports through 1976, followed by reports only in spring and summer through 1985. There were no additional reports until 1992, when it was listed as a “permanent resident,” although breeding was not noted until a male was seen feeding young near the North Platte River east of Scottsbluff 31 Jul 1994 (Silcock and Rosche 1994). One was at Wildcat Hills SRA 4 Jun 2019, three were at Stateline Island, North Platte NWR 30 Apr 2017 and seven were there 4 Jun 2019. In 2022 Scotts Bluff Co reports were from Stateline Island, near Mitchell, Scottsbluff, Scottsbluff WTP, and Wildcat Hills NC. Further east in the North Platte Valley reports have increased also; it was found at six Morrill Co locations in 1985 where previously only one location was occupied (Williams 1985), was found in the county in 2000 and has been resident at Bridgeport SRA since. Between Bridgeport and Lewellen there are few reports, notably at Oshkosh, Garden Co: 23 Feb 2013, 12 May 2016, 13 May 2021, and two on 14 Dec, two on 21 Jun 2016 at Broadwater, Morrill Co, and 21 Sep 2013 Mud Springs, Morrill Co.

The Republican River Valley has been occupied for decades; it was apparently common along Frenchman Creek in eastern Chase Co as early as 1945 (Maddux 1989), and first appeared in Webster Co in 1915. There are several recent reports from Dundy and Chase Cos.

It was thought that 4-5 broods were produced each year in the Verdon, Richardson Co area. An unusual clutch of six eggs, all genuine cardinal eggs, was found 12 May at LaVista, Douglas Co; Wayne Mollhoff (pers.comm.) noted that the largest cardinal clutch in his 71-nest database was five. 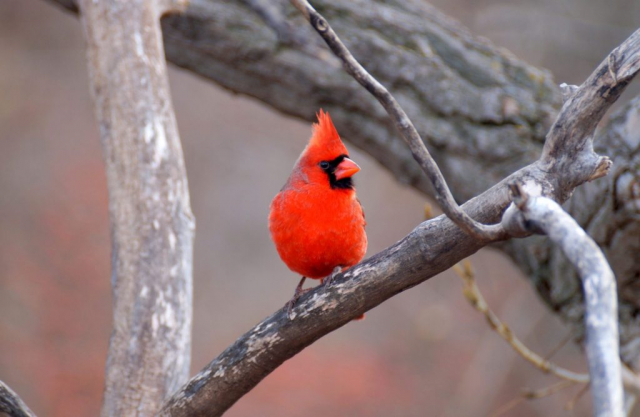 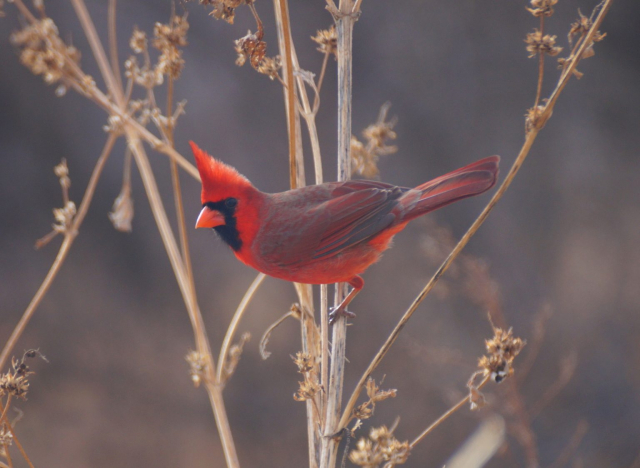 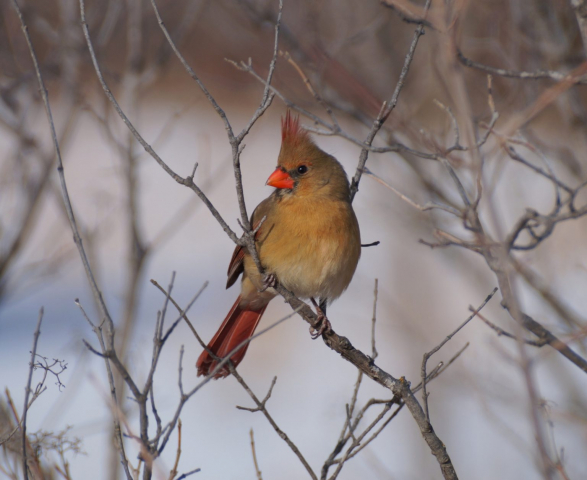