Taxonomy: AOU (1998) noted that this species was previously placed in the monotypic genus Nuttallornis, as N. borealis. Nuttallornis is now merged with Contopus, where the specific epithet cooperi has priority over borealis.

Although AOU (1957) and recent authors (Gill and Donsker 2017, Clements et al 2016) consider Olive-sided Flycatcher monotypic, two subspecies were recognized by Pyle (1997) and by Altman and Sallabanks (2020) based on size; the latter authors believed majorinus to be “diagnosably larger”. Subspecies majorinus breeds disjunctly in southern California and Northern Baja California, and cooperi from Alaska to Newfoundland and south to central California and western North Carolina (Pyle 1997).

Although we presume Nebraska migrants are cooperi on geographic grounds, two specimens have been identified as majorinus or intergrades with cooperi. Mickel and Dawson (1920) indicated that the specimen cited above, and another collected at Kimball, Kimball Co 8 Jun 1919 were representative of the slightly larger western subspecies majorinus. Swenk and Dawson (1921) indicated that a female specimen, UNSM ZM10564, taken at Roca, Lancaster Co 4 Sep 1909, was intermediate between borealis (= cooperi) and majorinus; however, the measurements given by Swenk and Dawson (1921), when compared to those given by Pyle (1997), show that the specimen is quite reasonably identified as cooperi.

Most reports are from the Missouri River Valley, although migrants occur statewide in declining numbers westward, although fewest reports are in central Nebraska, presumably due to the paucity of woodland. Migration is from early May through early Jun, with a peak mid-late May.

There are a few Panhandle reports, these in the period 5 May-14 Jun. Andrews and Righter (1992) considered it a regular, though rare, migrant in eastern Colorado. Rosche (1982) noted that late spring birds on the Pine Ridge should be monitored for evidence of breeding.

Migration is from mid-Aug through late Sep.

Reports from the Panhandle are fewer than in the east, in the period 1 Aug-17 Sep; it is probably regular in small numbers there in fall (Rosche 1982). There was a large influx in fall 2018 coincident with large numbers reported in eastern Colorado (eBird.org); in Nebraska, a total of 10-15 were reported 31 Aug-6 Sep 2018. 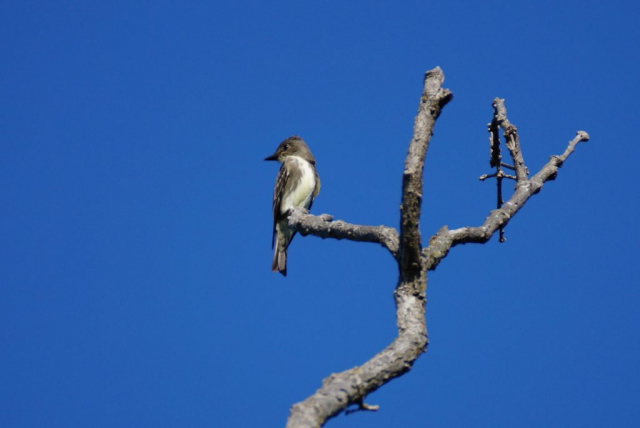 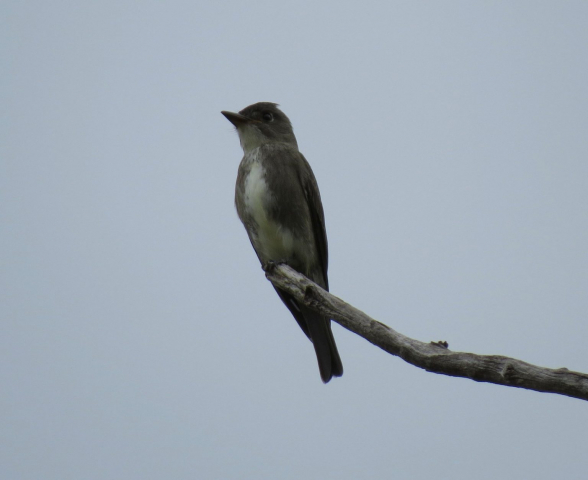 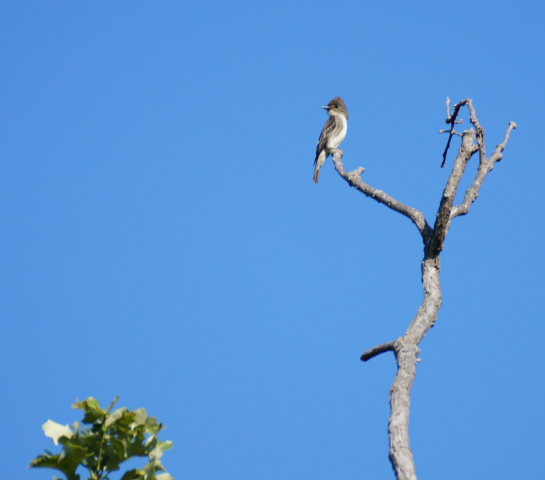