Dunn and Garrett (1997) stated that orestera occurs in the Nebraska Panhandle in fall; it breeds as close as the Laramie Mountains in Wyoming (Faulkner 2010). Eastern celata occurs statewide, including the Panhandle; six celata and five orestera were banded 22 Sep 2015 at Chadron SP. Many fall migrants in the Panhandle are brightly colored, especially yellowish underneath, and have gray crowns and napes which contrast with the greenish-olive back, thus resembling Nashville Warblers without eye-rings. As stated by Josh Lefever of an orestera banded at Chadron SP: “Larger size and brighter yellow than the celata types usually captured”.

Although lutescens has not been documented in Nebraska, it breeds in the same general area as Cassin’s Vireo and Townsend’s Warbler, both of which are regular fall migrants through the western Panhandle in fall. A pale overall yellow bird with no pale areas on its underparts and an exquisite lemon-yellow eye ring but otherwise fitting the description of an Orange-crowned (see Dunn and Garrett 1997) was at Oliver Reservoir, Kimball Co 20 Sep 2002; it may have been an immature lutescens. A very yellow bird with yellow eye arcs at Wilderness Park, Lancaster Co 11 Oct 2017 also fitted the description of lutescens. A bird photographed and identified as lutescens was in Logan Co, Colorado, some 10 miles from Nebraska, 23 Nov 2015 (Mlodinow, eBird.org, accessed May 2018). There are 10 reports of lutescens in the northeast corner of Colorado in the period 17 Sep-23 Nov (eBird.org, accessed May 2018).

Migrants arrive fairly early, in mid- to late Apr, and most depart by late May. In the northwest, Rosche (1982) considered it an uncommon to fairly common migrant.

The Rocky Mountains subspecies orestera, fairly common in fall in the Panhandle, has been reported only once in spring, at Oliver Reservoir, Kimball Co 28 May 2011.

According to Gilbert et al (2020), orestera is an early fall migrant, arriving in mid-Aug, and celata is “notoriously late”, arriving late Sep. Thus, reports in the west before mid-Sep are expected to be orestera. In the central, a report of two “very yellow” birds in Clay Co Sep 2000 (Jorgensen 2012) suggests orestera.

It was described as “wintering as far north as Omaha” in 1979-80 (Williams 1980) but no details were given. Orange-crowned Warbler normally winters north only to Oklahoma and Arkansas; there are “at least 11” counties in Kansas that have Feb records, and there is a single record of over-wintering (Thompson et al 2011). 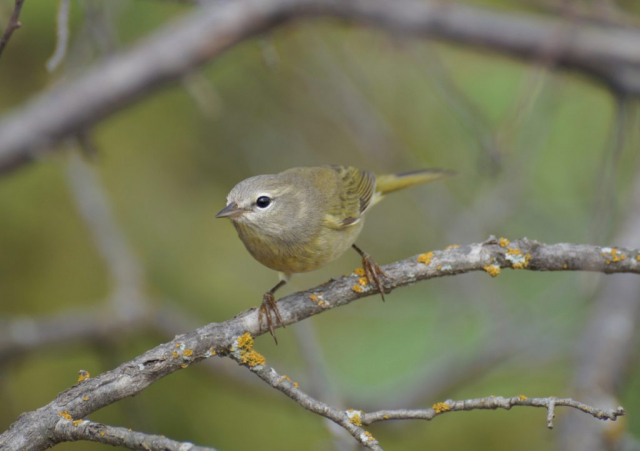 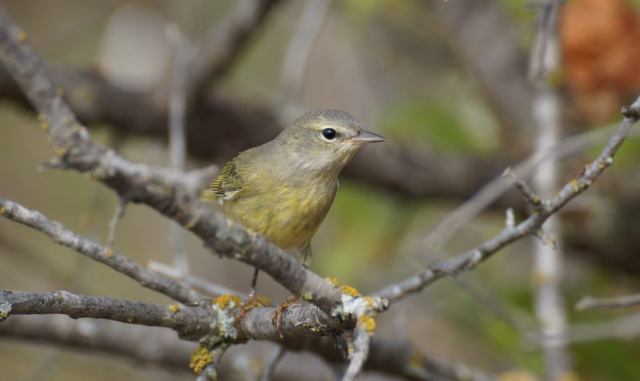 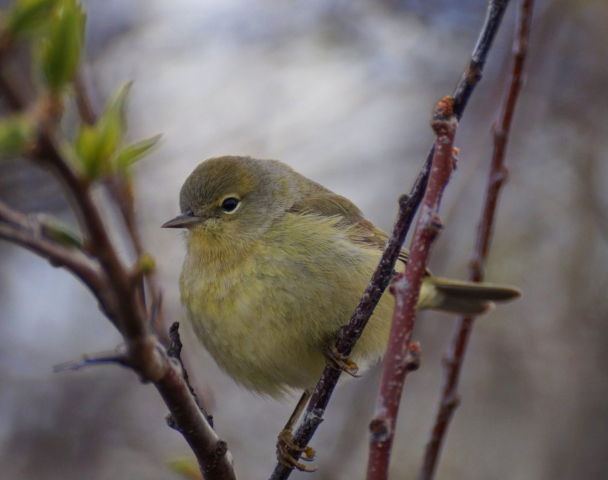 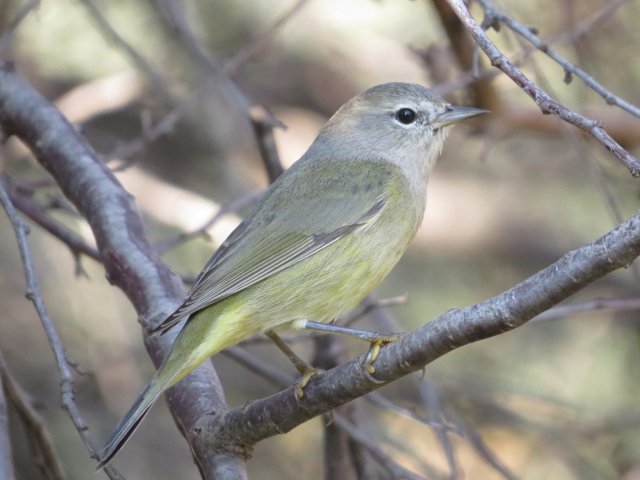