Taxonomy: Two well-defined subspecies occur (Pyle 1997, Wilson 2020): palmarum, breeding from Mackenzie east through northern Saskatchewan and northern Manitoba to north-central Ontario (James Bay) and south to the US, and hypochrysea, breeding in the eastern part of the species’ breeding range from eastern Ontario through central and southern Quebec to Labrador and Newfoundland and south to New York and Nova Scotia.

The expected subspecies in Nebraska is the western subspecies palmarum. Despite its eastern Canada breeding range and fall migration east of the Appalachians (Wilson 2020), there are a few Nebraska reports of eastern hypochrysea. These are discussed under Comments.

Both subspecies migrate southeastward in fall (Wilson 2020) and are rare in the Interior, although recent falls have seen good numbers: in 2015, seven reports of single birds, eight reports in 2012, six in 2016, and eight in 2017.

Comments: Eastern hypochrysea is not expected in Nebraska, nor are intergrades of the two subspecies; intergrades are rare, as the subspecies have only a narrow zone of overlap in their respective breeding ranges and migration routes and timing differ. Hypochrysea migrates through the eastern US, while migration of palmarum extends west to central Nebraska (Wilson 2020, Pittaway 1995). Nevertheless, hypochrysea has been identified as far west as California (Louis Bevier, pers. comm.).

There are no documented occurrences of hypochrysea in Nebraska, although there are several spring reports of varying credibility, the following two being the most suggestive. An early migrant, typical timing for hypochrysea, was in Buffalo Co 19 Mar 2000 (Jorgensen 2002), and one photographed at Fontenelle Forest, Sarpy Co 11 May 1986 was thought to be likely hypochrysea based on thick reddish flank streaks and extensively yellow underparts (Phil Swanson, personal communication).

On occasion palmarum can appear quite yellow, but almost always shows some whitish coloration on the underparts between the breast and undertail coverts, whereas hypochrysea has completely yellow underparts, requiring a good photo or view of the bird to determine subspecies in the field.

Fall identification of hypochrysea is complicated by the presence of palmarum with increased yellow coloration in the mid-underparts (Dunn and Garrett 1977). Hypochrysea migrates later than palmarum in fall (Wilson 2020), lending credibility to the Washington Co report below. A hypochrysea was photographed in Broomfield Co, Colorado as late as 18 Nov 2016 (eBird.org, accessed November 2017). However, another late bird, videographed near Lemoyne, Keith County, on the late date of 11 Nov 2017 was palmarum, indicating both subspecies may occur late in the season. Nebraska reports, most by experienced observers, are of one “yellowish” at Harlan Co Reservoir, Harlan Co 20 Sep 2001, one “very yellow” in Otoe Co 23 Sep 2000, one with “obvious yellowish underparts” 30 Oct 1988 in Washington Co, and one in Gering, Scotts Bluff Co 6 Nov 2008. 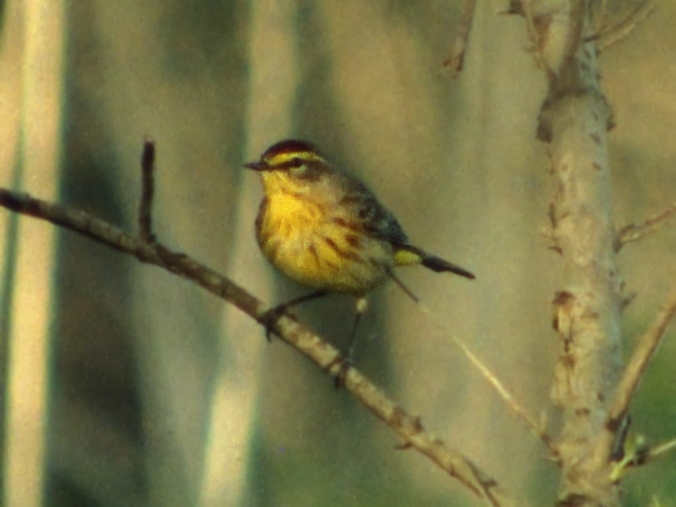 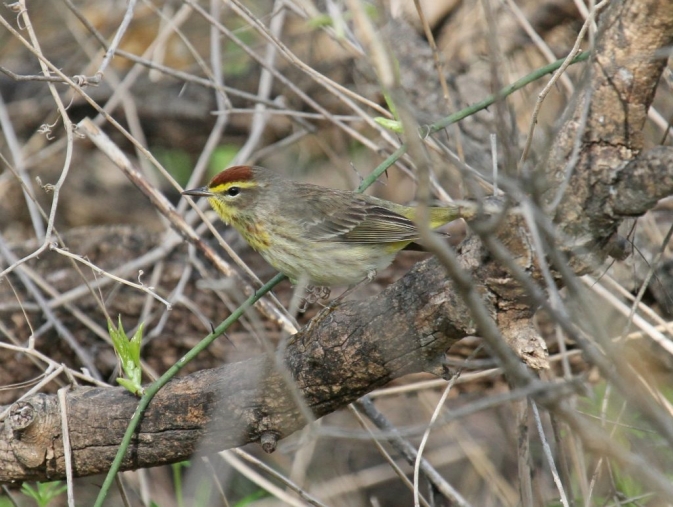 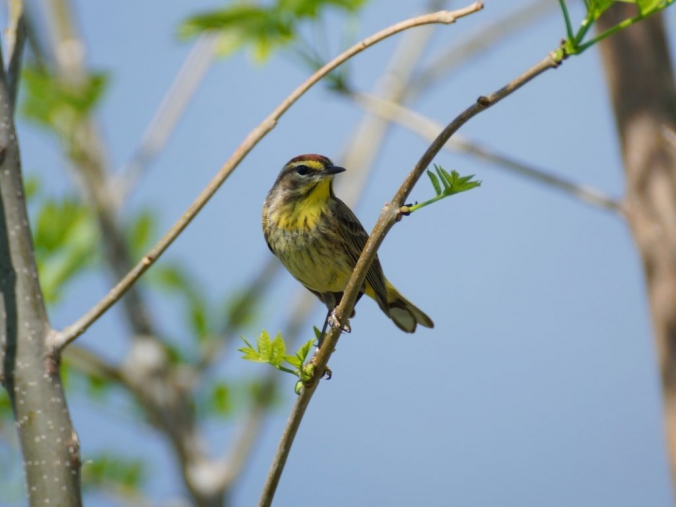