Migrants arrive in late Apr and depart by late May, with peak numbers mid-late May.

Reports are increasing; in most years prior to 2010, 1-4 reports were the norm, but in 2013 there were 14, in 2016, 25+, and in 2018, 37. This may be, however, an artifact resulting from increasing ease of reporting to eBird or possibly confusion with other vireo species or some plumages of Warbling Vireo.

Migrants occur between late Aug and late Sep; the three earliest dates above were all in 2012, suggesting an unusually early southward movement that fall.

There were no fall reports from 1979 until 1996, but numbers have been relatively high since then; seven were found in 1997, all in the east, six in the period 6-30 Sep. In 2001, eight were reported, including singles as far west as Oliver Reservoir and Lake McConaughy, in the period 7-16 Sep.

Comments: A report of one at Aurora, Hamilton Co 31 Aug 1948 (Chapman 1948) appears to be a misidentification of a yellowish juvenile Warbling Vireo (Jorgensen 2012).

A bird identified as a Yellow-green Vireo, V. flavoviridis, was reportedly collected at Long Pine, Brown Co by J.M. Bates (no date given) and sent to UNSM (Barbour 1896). This specimen cannot be located, however (Thomas Labedz, personal communication), and seems more likely to have been a Philadelphia Vireo. See species account for Yellow-green Vireo. 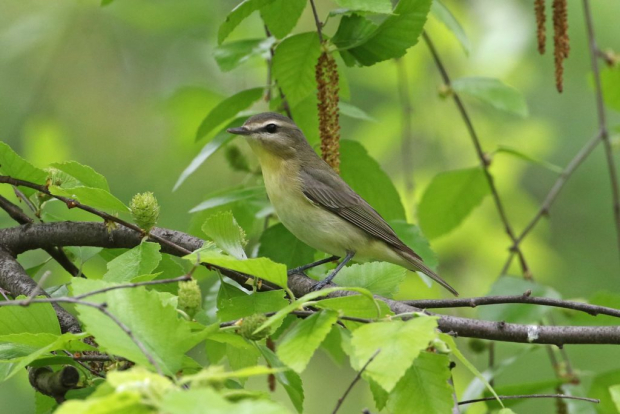 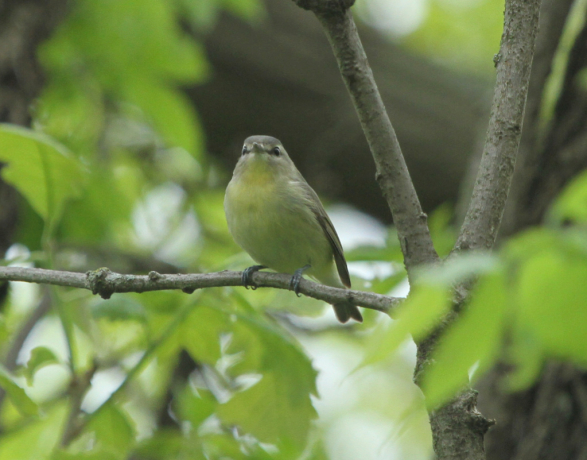 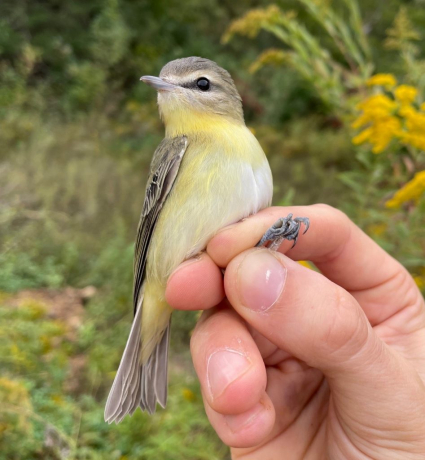