No irruptions have taken place since the early 1970s and since 1980 there have been only two winters with more than one report, 2012-2013 and 2015-2016 (see below). Adkisson (2020) noted that most Pine Grosbeaks winter within the breeding range and movements are generally triggered by scarcity of food supplies; the paucity of reports in Nebraska since 1980 suggests winters warm enough since then to obviate eruptions. Pine Grosbeak may breed sporadically in the Black Hills of South Dakota, although breeding has not been proven (Tallman et al 2002). Faulkner (2010) observed that birds that wintered in lower-elevation riparian areas “not unusually” remained into May. 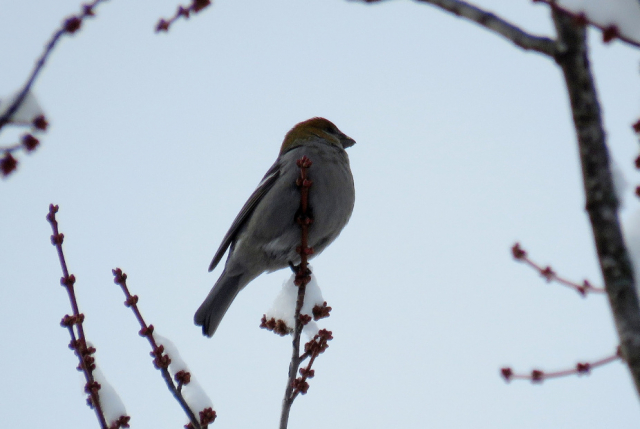