Taxonomy: Four subspecies are recognized, two weakly-differentiated subspecies breeding north of Mexico: vagans, breeding and wintering from southern Saskatchewan to Alberta and south to California and west Texas, and pinus, breeding from Saskatchewan to Newfoundland and Maine, wintering to south Texas and Florida (Pyle 1997). Gill and Donsker (2017), Clements et al (2016), and Dawson (2020) synonymized vagans and pinus. Gill et al (2021) recognized three subspecies, two from Mexico to Guatemala and one in US and Canada, pinus.

Ruth Green banded two forms at NNF Bessey, Thomas Co in May 2002; a smaller “form” (wing chord of females 66-69 and for males 70-73) with bright yellow wingbars and a larger “form” (wing chord average 77) with large, pale wingbars. Based on measurements in Pyle (1997) and Dawson (2020), the large “form” is at the upper end of, but within, wing size measurements for vagans/pinus. Pyle (1997) does note that differences in the amounts of yellow in wings and tail need further study relative to age and sex.

Two very pale, perhaps leucistic, birds were with over 100 normal Pine Siskins at a feeder near Mitchell, Scotts Bluff Co during winter 2004-2005.

Departure of most birds wintering in Nebraska outside of the Pine Ridge breeding range is generally complete by late May. There are, however, a number of Jun reports (later dates, above) which may be of birds that nested; these birds generally depart the nest location by the end of Jun (see Summer). Numbers of Pine Siskins in the state are fewest Jul-Aug (eBird.org, accessed Jan 2021).

Summer: This species is a marginal breeder in Nebraska, although there are reports of nesting statewide (Mollhoff 2022). Dawson (2020) concluded that “establishment of conifers and other trees and shrubs outside of the normal ranges of this bird may help explain why it breeds beyond traditional areas, at least during the 20th century and particularly in the Midwest and Great Plains”. Breeding occurs in the Black Hills of South Dakota (Tallman et al 2002) and in the Laramie Mountains of Wyoming (Faulkner 2010) and presumable extends int the Pine Ridge (Dawson 2020). The species is, however, prone to nest on occasion anywhere in Nebraska, especially after winters of high numbers, and, indeed, there may be more actual nesting reports away from the Panhandle than within the Panhandle, although such occurrences rarely lead to ongoing breeding. Oddly, Swenk (1929) stated that the first record of nesting for the state was in Sarpy Co in 1904.

Currently, while nesting has not been documented in the Panhandle (Mollhoff 2022), breeding probably occurs most on the Pine Ridge, the Wildcat Hills of Scotts Bluff and Banner Cos, and the Bighorn Escarpment of Banner and Morrill Cos, where there are Jun-Jul reports for these areas in most years since 1963. On the Pine Ridge, Rosche (1982) called it a “fairly common summer resident… Breeds. Highly erratic and irregular, particularly summer numbers…”. It appears that Pine Siskin has become a somewhat regular breeder on the Pine Ridge only this century, as Bruner et al (1904) listed it as a migrant and winter visitor only. Two adult females with active brood patches were collected in Jul 1957 west of Crawford in Sioux Co (Ford 1959). Rapp et al (1958) listed it as an uncommon to rare resident on the Pine Ridge. Similarly, at NNF Bessey, Thomas Co it was listed as a “permanent resident” in 1993, with sightings 2 Jul-7 Sep, and was considered a “common permanent resident” by Bray (1994).

There are numerous scattered records of irregular breeding throughout the state; older records were cited by Swenk (1929), Ducey (1988), and Mollhoff (2022). More recently, a Lancaster Co nesting was studied by Perry (1965) and a nesting was attempted at Wayne, Wayne Co in 1983 (Schock 1983). A recent breeding record was of a pair with a newly-fledged young bird on the Union College Campus, Lincoln, Lancaster Co 19 May 2018. Breeding occurred in Omaha, Douglas Co in 2020, where two begging juveniles accompanied adults to feeders; siskins had been present since mid-Jan, adults were last seen 14 Jun, and juveniles lingered until 24 Jun. These sporadic statewide breeding records generally occur after large influxes of Pine Siskins in the previous winter, usually occur rather early, and the birds involved usually depart early. It is often difficult to detect whether breeding occurred because the fledged young are mobile often before the last wintering birds depart. Most nestings followed major influxes during the winters of 1959-1960, 1975-1976, 1977-1978, 1984-1985, 2004-2005, and 2007-2008; compare with CBC data below (see Winter). Latest departure dates following such nestings are from Lancaster Co in 1978 and 1985 when birds were last seen 10 and 15 Jun respectively, and adults were feeding young in Cheyenne Co 25 Jun 2008. There had been a small nesting population on the campus of University of Nebraska-Kearney at Kearney, Buffalo Co for several years through about 2003 (Lanny Randolph, Robin Harding, pers. comm.), and at Doane College in Crete, Saline Co since at least 2003 (Mark Orsag, pers. comm.). Several individuals with brood patches and two juveniles were netted in Keith Co 9 Jun-21 Jul 1993 (Scharf et al 1993) and in 1994 juveniles were netted 17-21 Jun as well as 17 females with brood patches 9 Jun-4 Jul (Brown et al 1996); Scharf et al (1993) noted that their study “strongly suggests that this species may have bred.”  One in Hall Co 29 Jun 2021 may have bred nearby.

Movement becomes noticeable in Sep, although there are earlier reports Jul-Aug which are likely dispersers from breeding locations in or near Nebraska; individuals known to have bred locally generally depart by late Jun (see Summer). According to Dawson (2020), “wanderings appear superimposed on migratory movements of a varying fraction of the population.” Peak numbers, although highly variable, generally occur in Nebraska in late Oct-Nov. Johnsgard (1980) noted that half of the fall records analyzed were in the period 1 Oct-18 Nov. 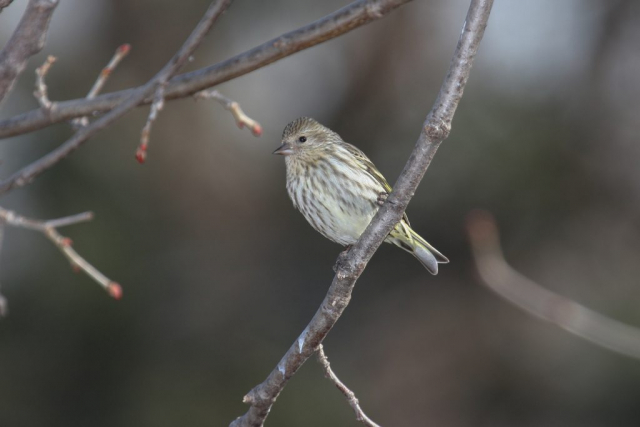 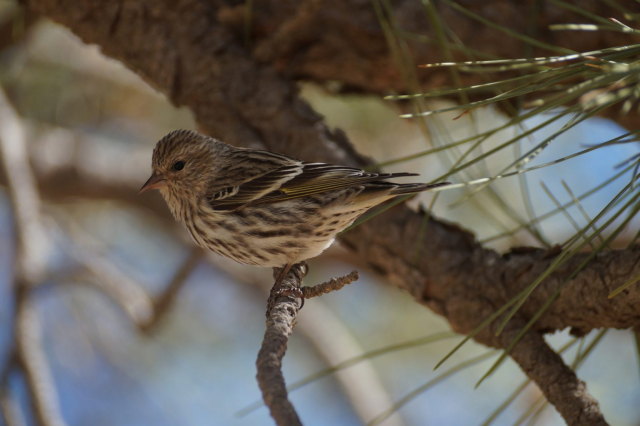