Comments: Although concerns regarding provenance are reasonable for out-of-range waterfowl and origin of such a vagrant will likely never be determined with certainty, more recent evidence provides additional support that this occurrence involved a wild bird.

Recovery data from neck collars on Snow Geese from the same flock in which the Pink-footed Goose was found showed individual Snow Geese were captured at Queen Maud Gulf Migratory Bird Sanctuary in Nunavut, Canada (Paul Dunbar, personal communication). The date of the Nebraska sighting is consistent with the timing of numerous and increasing occurrences of wild Pink-footed Geese in the northeast United States in the last 25 years (Howell et al 2014). Breeders in Iceland and Greenland that winter in Great Britain have increased in numbers more than 10-fold during the past 60 years (Banks et al 2006, Howell et al 2014). The Nebraska bird may have been associated with Greater Snow Geese (Anser caerulescens atlanticus) in the northeast United States and migrated north with them. The breeding population of Greater Snow Goose, centered on Bylot Island, has “increased dramatically” from 180,000 in 1980 to 800,000-1,000,000 in 2007, and has expanded its breeding range, coming into closer proximity to populations of Lesser Snow Geese breeding as far east as Bylot Island (Baldassarre 2014). Pink-footed Geese are “rare” in captivity in North America (Howell et al 2014). We conclude the Pink-footed Goose in question was a wild bird and its occurrence in Nebraska was a case of natural vagrancy. 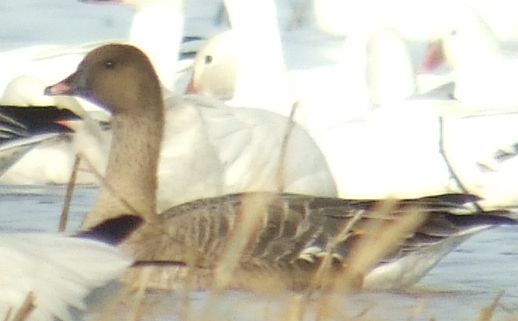 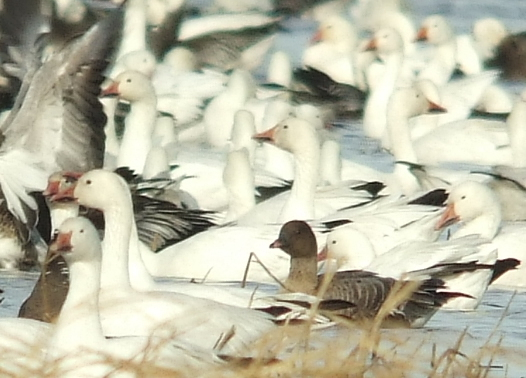