This species arrives early in spring, with male “scouts” arriving first, sometimes to perish in inclement weather. Females arrive later; one was in Otoe Co by 31 Mar 2012. Arrival of larger numbers occurs in late Mar, and numbers peak in May.

Summer: Around 1900, Purple Martin occurred primarily in the south and east, in the Elkhorn River drainage northwest to West Point, Norfolk, and Neligh, the Loup River drainage northwest to Broken Bow and Callaway, and in the Platte River Valley west to North Platte (Bruner et al 1904). Since then, there has been gradual westward range expansion in these river drainages and elsewhere, notably the Niobrara and Republican River Valleys. Probably most of this expansion is due to installation of nesting boxes (Tout 1947, Brown and Tarof 2020).

Along the upper Elkhorn River Valley, where breeding was cited by Bruner et al (1904) in Neligh, it is likely that westward movement involved a jump to tributaries of the Niobrara River at Ainsworth, Brown Co. Breeding has occurred at Ainsworth since at least 1964, when Short (1965) found them common over the town. However, Brogie and Mossman (1983) did not find this species at the Niobrara Valley Preserve in 1982, and the only records between the west edge of Knox Co and Valentine in the Niobrara River Valley are of two probable “scout” reports from Springview, Keya Paha Co 16 May 2017 and 13 Jun 2009, and one at Norden Road, Keya Paha Co 1 Jun 2019.

In the western Loup River drainage, there was a series of reports from Logan Co as early as 1934 (Glandon and Glandon 1934), but only one since then, 6 May 2007 at Stapleton. One was in northeast Lincoln Co 14 Apr 2012. There is an established colony as of 2017 in the Broken Bow area of Custer Co where the species has been present since the time of Bruner et al (1904), and there are reports from the Calamus and Sherman Reservoirs, Loup and Sherman Cos respectively and at Burwell, Garfield Co. There may have been a colony at Arnold, Custer Co at one time (Mark Brogie, pers. comm.) but there have been no recent reports from there.

Purple Martins have long been present in the Platte River Valley, as far west as North Platte (Bruner et al 1904). Tout (1947) indicated that erection of martin houses had resulted in some nesting in North Platte, probably in the 1930s, although no dates were given. Of interest was Tout’s observation of Purple Martins nesting on a downtown North Platte building “for several summers around 1910” before House Sparrows had become common. Small populations breed regularly in the North Platte Valley west as far as the Lake McConaughy area, Keith Co; around 1977-79 Lewellen, in Garden Co, was considered the “westernmost regular nesting site in Nebraska” (Rosche and Johnsgard 1984), although there are no recent reports from that area. Westernmost current (2017) breeding is at Ogallala and Lake McConaughy, Keith Co, where nesting birds have been present at least since 2004. There are no records west of Ogallala in the South Platte River Valley in Nebraska, although there are two in northeast Colorado at Ovid and Prewitt Reservoir (eBird.org, accessed April 2017).

There are only scattered reports throughout the Republican River Valley, although regular breeding has probably occurred there since the 1960s. Mollhoff (2001) showed a confirmed breeding record along the Republican River in southeast Dundy Co, presumably at Benkelman, where summering birds have been present at least since 1989; it was “numerous” at the Benkelman site 13 Jun 2014, up to 60 were there 11 Jun 2017, and 100 on 23 May 2020. Two were at Rock Creek SRA, Dundy Co 21 Jun 2014. It is common in Culbertson, Hitchcock Co where it has nested since 1965. In the tributary Frenchman Creek Valley, there have been sporadic reports for Chase Co since 1982, including 25 at Enders Reservoir 1 Jul 2011. The only reports from Perkins Co are 29 Jul 1973, two at Grant 18 Jun 2011, two there 6 Jul 2017, and one on 13 Jun 2018. Small colonies may have established from time to time in Imperial and Grant (Mark Brogie, pers. comm.).

Departure is early, generally in Aug and early Sep, although flocks form in late Jul after colonies are abandoned following breeding in late Jul-early Aug; 1200-1500 were migrating over Omaha, Douglas Co 30 Jul 2007. 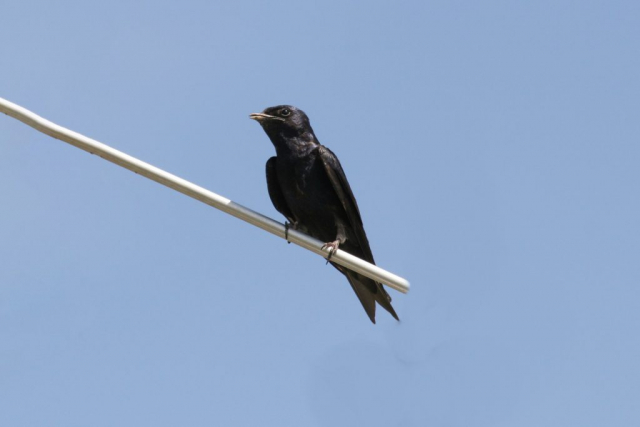 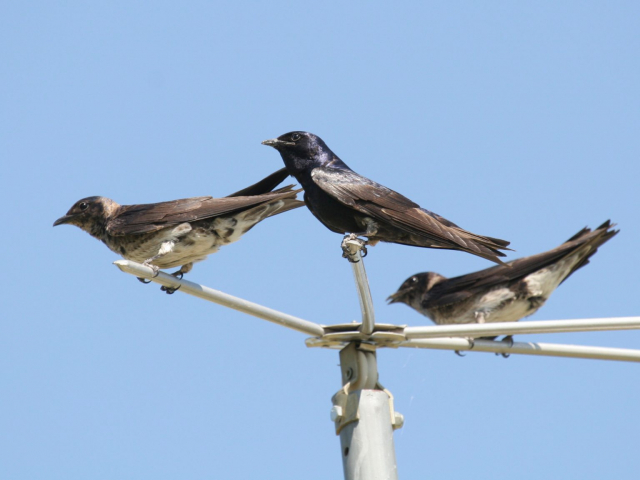 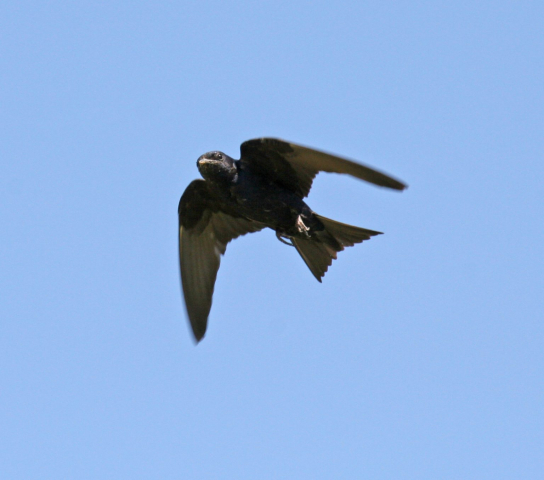