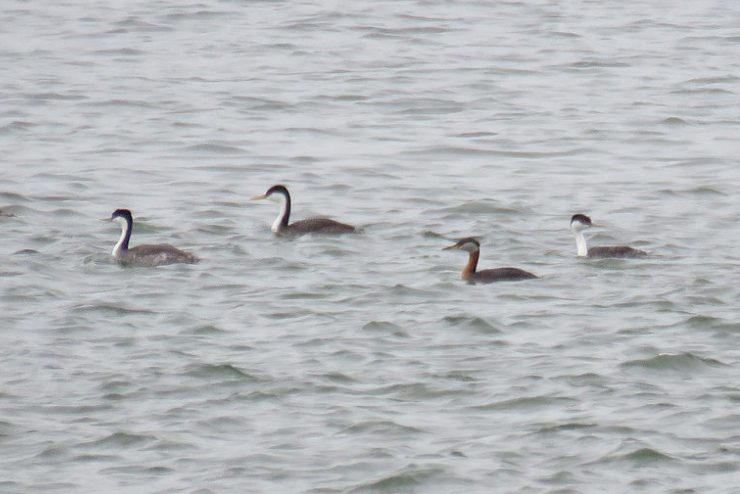 Summer:  Nesting has not been recorded in Nebraska; this species is an uncommon local summer resident only as far south as northeast South Dakota (Tallman et al 2002) and northwest Iowa (IOURC 2018).  Lake Ogallala, Keith Co hosted 1-2 from 10 May-17 Oct 2016 that may have been migrants and/or pre-breeding immatures.

Winter:  The only record of overwintering is of two adults and an immature, the latter present since 6 Nov and the adults first seen 1 Jan, at Lake McConaughy 1999-2000.

Photograph (top) of a Red-necked Grebe (second from the left) with Western Grebes at Lake Ogallala, Keith Co 24 May 2016 by Michael Willison.