A relatively late migrant, the Red-necked Phalarope does not usually arrive until the second week of May and peak migration occurs during the third week. Around 75% of the reports fall within the short period 15-23 May.

There were only about 35 reports from the east until 2020, when a minor influx resulted in reports from eight locations of 12 birds 10-28 May. Only five were reported in the east in 2021, all singles at different locations, but in 2022 there was an amazing short-term influx in the east 19-24 May, when at least 146 were reported from 12 locations; best counts were 30 at Spikerush WMA, York Co 21 May, and 27 at both Tamora WMA, Seward Co 20 May and Straight Water WMA, Seward Co 20 May.

Reports after the first few days of Jun may be females, which leave breeding areas as soon as mid-Jun, and may be followed by failed breeders and males (O’Brien et al 2006) as well as individuals that discontinued spring migration.

Reports prior to mid-Aug are few, presumably adults, while later reports beginning in late Aug are more numerous and widespread and are mostly, if not all, juveniles. In eastern and southern Nebraska juveniles are the most likely age to be encountered; three sight records in 1995 and two specimens, all in Sep, were juveniles. The five eastern Rainwater Basin records are of juveniles (Jorgensen 2012). 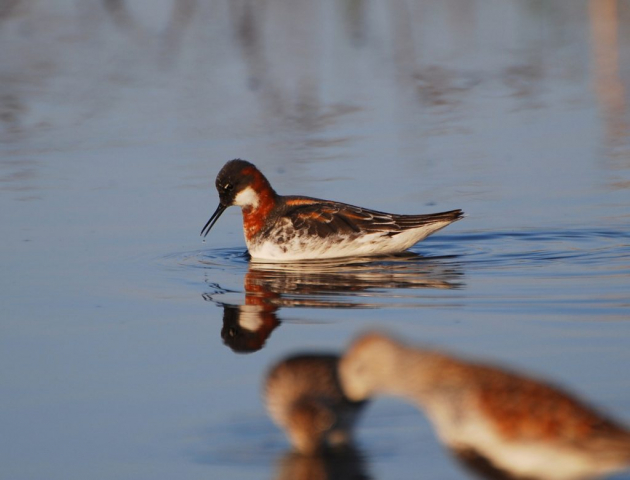 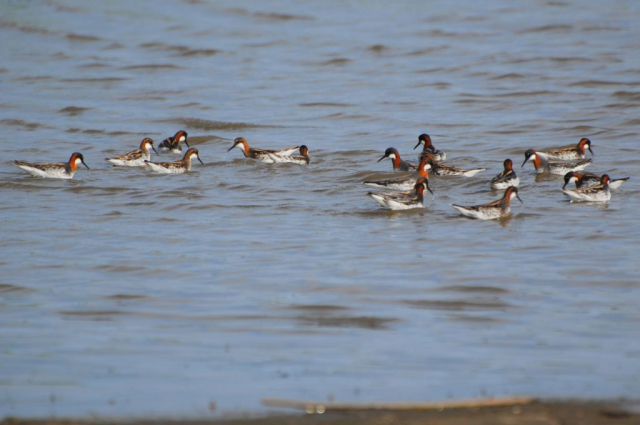