Taxonomy: Five subspecies are recognized (Gill and Donsker 2017): alleni of south-central Texas to North Carolina and northern Florida, extimus of south Florida and the Florida Keys, texanus from south Texas to southeast Mexico, elegans from southern Oregon to Baja California, and lineatus of eastern North America.

Resident: Although there is no information such as banding data to confirm that breeding birds in Nebraska are resident, Dykstra et al (2020) show that the species is resident north in the Missouri River Valley to extreme southeast Nebraska. Although data in eBird show no major seasonal shifts in number of reports, there are fewer in summer, possibly because this species is harder to locate in leafed-out woodlands during the breeding season.

There are about 21 reports north and west of a line from Burt to Jefferson Cos, eight of these in Apr-May suggesting some dispersal in spring, and 15 of these since 2000. Reports away from the southeast have increased in recent years as this species and Broad-winged Hawk, also a forest hawk, have expanded their ranges westward in major riparian corridors, although such expansion by Red-shouldered Hawk has been less extensive.

Breeding records are limited to extreme southeastern Nebraska, in Lancaster, Otoe, Douglas, and Sarpy Cos (Ducey 1988). Bruner et al (1904) described the species as “not uncommon” along the Missouri River bluffs and nesting during this time was reported, albeit without details, by Bruner (1901) from Omaha, Steven’s Creek near Cheney (now part of Lincoln), and Nebraska City. Carriker (1900) considered the species “quite rare” in Otoe County but did describe finding a nest in a wooded area along Camp Creek about 12 miles south of Nebraska City. There were no other nesting records away from Fontenelle Forest, Sarpy Co (see below) through 2009 with the exception of a nest observed near Carter Lake, Douglas Co, 13 Apr – 10 May 1959; this nest was abandoned although followed by possible renesting nearby 18 May-29 Jun; no evidence of successful breeding was noted, possibly because of crowds observing two separate human drownings at the lake (Cortelyou 1959).

The most consistent location for breeding activity has been Fontenelle Forest, where the species has nested somewhat regularly throughout the 20th century. Nesting there recommenced in 1989 after having last been reported in 1964 (Cortelyou 1965), with recent activity limited to a single pair, but has not been reported since 2000. Of interest, however, were sightings of single birds 27 Mar-16 Apr 2009, and a pair was in the area of Fontenelle Forest in 2013, seen circling there 30 Jun, and nearby over Bellevue 14 Jul. A pair over Omaha 2 Aug 2015 may have been based at Fontenelle Forest. Nests at Fontenelle Forest have been located both on wooded upland slopes and the floodplain. Breeding activity, including courtship, has been observed as early as late Jan and fledging on 6 and 15 Jun.

After several sightings of single birds in 2008 in the Pawnee Lake area of Lancaster Co, two birds were seen for the first time 9 Mar 2009 and breeding was confirmed with the discovery of a pair tending a nest 30 feet up in a green ash 30 Mar; two chicks were present 9 May, and four birds were seen 25 Jun. However, the chicks may have been predated, as the adults apparently deserted the area after 26 Jun (Silcock 2009. Sightings of singles in the Branched Oak Lake, Lancaster Co area over the same period may have been these same birds. There have been no reports in the area since.

In 2021 there were reports from five locations, suggestive of an increase in numbers and potential breeding: in Lancaster Co, singles were at Wagon Train RA 15-21 Aug, Stagecoach Lake SRA 14 Sep, and in Lincoln 17 Sep. Elsewhere, 1-2 were near Tecumseh, Johnson Co 4-12 Sep 2021, and one was at Glenn Cunningham Lake, Douglas Co 16 Oct 2021.

Reports in Aug away from known breeding locations may be recently fledged juveniles or non-breeding immatures, although very small numbers of migrants may occur. The Hitchcock Nature Center Hawk Watch, Pottawattamie Co, Iowa has recorded an average of four birds per fall, occurring mid-Aug through late Nov (http://hawkcount.org/siteinfo.php?rsite=172, accessed Aug 2017).

Winter sightings have increased in recent years, and may indicate potential breeding locations to be checked in the following breeding season; five were reported in the southeast in 2021, with an apparent adult westerly in Adams Co, and four in 2022, one northerly at Red Fox WMA, Stanton Co 5 Feb. 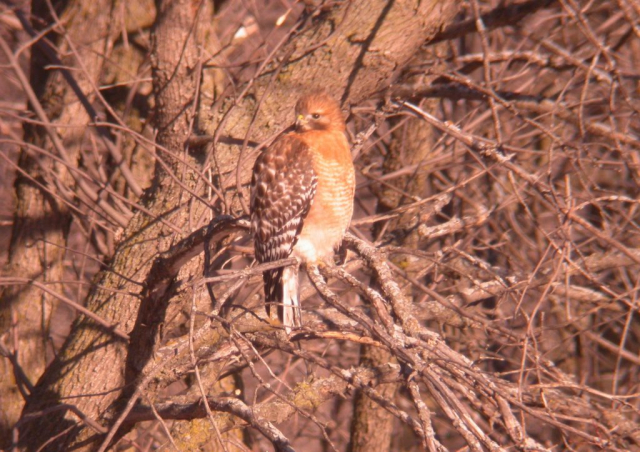 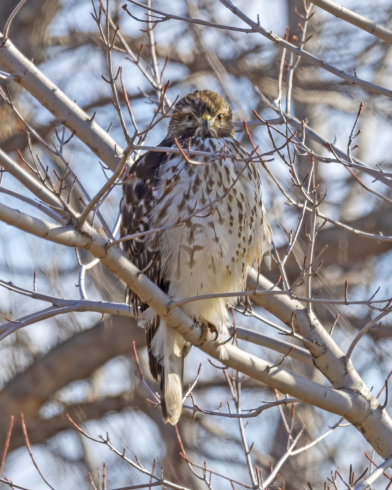 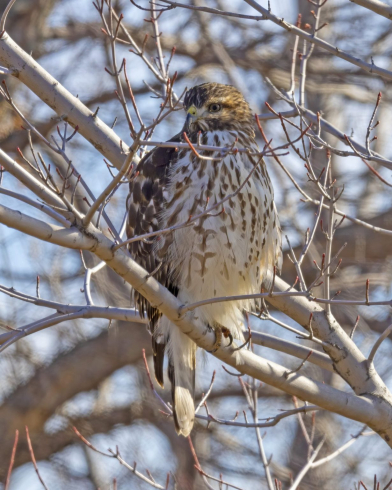