Taxonomy: There are two subspecies recognized (Gill and Donsker 2017), dickeyi of southern California and Baja California, and rufescens of southern North America, West Indies, and Mexico. Pyle (2008) did not recognize dickeyi.

Summer: There are four records, all of which are documented:

The first record was of a white morph immature at the west end of Lake McConaughy 27 Sep-15 Oct 2000 (Dinsmore 2001). It was photographed, and the pictures examined by Rich Paul, who confirmed the identification and, though ageing is difficult, thought the bird to be an immature. Second was an individual in “full breeding plumage” at Funk WPA, Phelps Co 12 Jun 2008 (Brogie 2009). Similarly, in 2018 a dark-morph adult was in breeding plumage at the Alda Platte River bridge crossing, Hall Co and was seen by many observers. Fourth was an adult on a Missouri River sandbar in Dixon Co (Brogie 2021). A white morph was briefly seen in Lancaster Co 4 May 2016, but the report did not contain enough information for acceptance by NOURC (Brogie 2017). 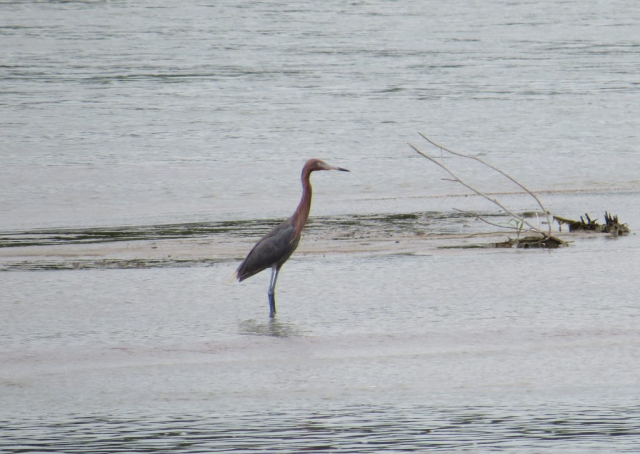