Taxonomy: North American birds are mostly from Asian populations, although derivatives of European birds have also been mixed into many North American releases, including those in Nebraska (AOU 1998, Vazquez-Miranda 2020). Some authors have treated Asian and European birds as separate species, P. torquatus and P. colchicus respectively, but variability within the five groups of subspecies (34 subspecies are recognized, Giudice and Ratti 2020) and interbreeding in areas of secondary contact suggests otherwise (Sibley and Monroe 1990, Madge and McGowan 2002, Gill and Donsker 2017).

A mtDNA study of Nebraska and South Dakota wild and captive pheasants found that most wild birds belonged to a matrilineal line associated with torquatus, originating in Asia, whereas captive birds sampled were more evenly divided between torquatus and European colchucius, suggesting possible different abilities to adapt to wild conditions in Nebraska and South Dakota (Vazques-Miranda 2020).

Resident: Nebraska’s first pheasants may have spread north naturally from Kansas around 1900, following introductions there. The first known deliberate introduction in Nebraska was near Ord, Valley Co in 1909 (Mathisen and Mathisen 1960). Since then, repeated introductions and stockings around the state, including small-scale releases of captive-reared birds in localized areas have continued. These small-scale releases have involved certain Nebraska WMAs, and are intended primarily to bolster numbers during the hunting season.

According to reports of hunters and NGPC records, high population densities were achieved by the late 1940s and early 1950s, particularly in the south-central and east-central. Since then numbers have declined, apparently as a consequence of agricultural intensification that reduced habitats important for nesting, brood-rearing, and shelter (Taylor et al 1978), as well as declines in Nebraska grassland acres enrolled in the Federal Conservation Reserve Program (CRP; below). BBS Trend analysis shows an annual decline of -1.78 (95% C.I. -2.78, -0.87) during the years 1966-2015 (Sauer et al 2017; see below).

Presently, highest densities occur in southwest Nebraska, south-central Nebraska along the Kansas border, and northwest of the Sandhills in Box Butte and Sheridan Counties (Hiller et al 2017). Recent examples of the high numbers in the southwest are from 20 X 2-minute stops in Hitchcock Co 17 Apr 2010 that had 893 and 659 roosters, and another there that had 1299 birds on 1 May 2012 (T.J. Walker, NGPC, pers. comm.). The 2-minute listening protocol is based on research showing roosters have a crow rate of 0.608 per 2 minutes (Luukonen 1997).

Lowest densities occur in intensely agricultural regions in eastern Nebraska. Densities are also relatively low in the Sandhills, which generally lack cover such as hedgerows, dense grasses, woodland borders, and brushy groves (Johnsgard 1979, Giudice and Ratti 2001). Nesting has been reported in most counties across the state (Ducey 1988), and probably occurs in all. As with other upland game birds, densities vary from year to year and over a period of years in response to environmental conditions, especially weather extremes.

CRP is a federal program which pays landowners across the United States to take land out of row crop agricultural production. In Nebraska, most CRP land has been planted to grass and forbs, which has influenced overall pheasant numbers in Nebraska. The total acres in CRP in Nebraska have been variable since the program began in 1986, and have generally declined since 2007 (NGPC 2017, Nielson et al 2006). In Nebraska, pheasant numbers are not only closely related to the amount (Eric Zach, pers. comm.), but also the concentration of available CRP grassland (King and Savidge 1995). Hiller et al (2015) investigated variation in Nebraska pheasant populations based on a 1951-2007 series of mail carrier surveys; the results indicated that there was an annual decline of approximately 15% until 1986 that was followed, however, by a slower decline of about 5% after 1986. The authors suggest that the CRP program, which began in 1986, slowed the decline in pheasant numbers. 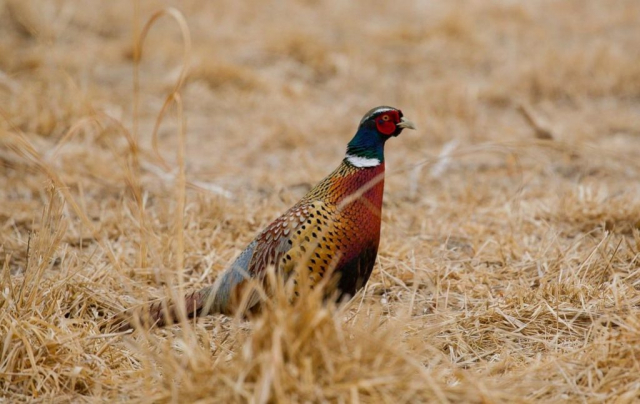 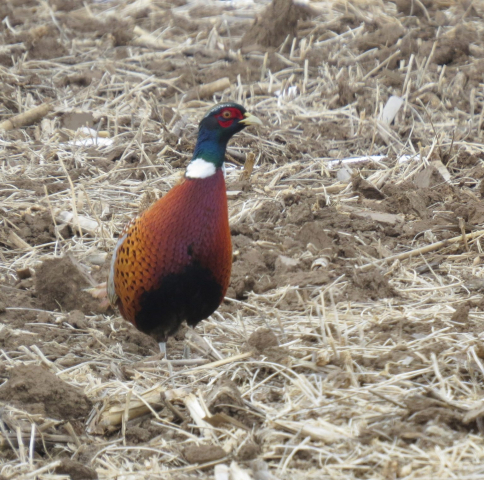 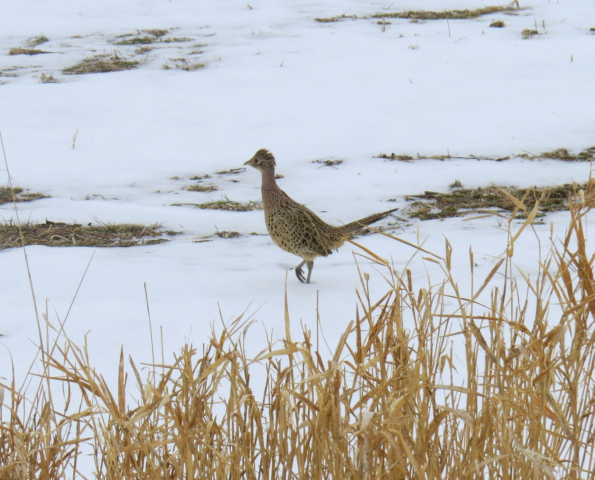