Taxonomy: According to Clements et al (2016), “Rock Pigeon” conflicts with established names in Australia for species of Petrophassa, but “Feral Pigeon” is available for worldwide introduced populations. Here, however, we retain “Rock Pigeon” due to its general use in North America (AOS 2017).

BBS data indicate that in summer numbers are greatest in the east, declining towards the north and west; this is probably a reflection of human population distribution.

In winter, CBC data show the same distribution as BBS data, although CBC numbers recorded in the west, notably at Scottsbluff, are proportionately higher than that shown by the BBS data. It is possible that the large number of Rock Pigeons that nest in cliffs and escarpments in the Scottsbluff area winter in Scottsbluff. Highest CBC counts are from Lincoln, 2693 in 2014 and 1701 in 2015, Norfolk, 1208 in 2007, and Ames, 842 on 3 Jan 2007; Scottsbluff had a count high of 1046 on 19 Dec 2009.

Domesticated centuries ago in Europe, European immigrants brought this species with them to the New World (Long 1981). Those settling Nebraska apparently brought this species with them and many have become feral. Today it occurs statewide, essentially around human habitation where nesting sites and food are available. It is most common in larger towns and cities in the east where many ledge-like sites are available on the many multi-story buildings and beneath bridges. In the west, feral nesting on cliffs and in canyons is rare, but does occur on certain buttes in the northwest (Rosche 1982) and possibly the Wildcat Hills in Scotts Bluff Co (Rapp et al 1958). 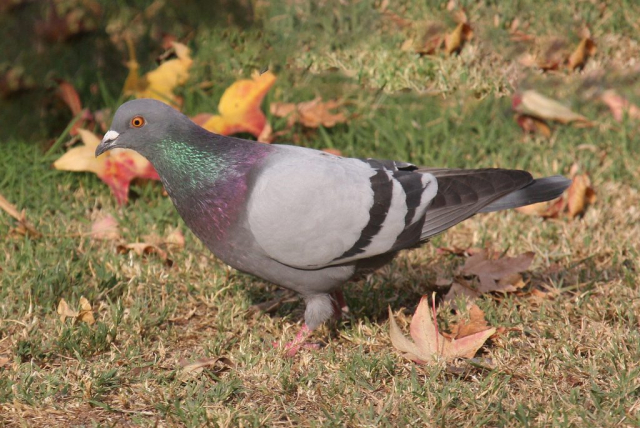