Taxonomy: There are four subspecies generally recognized, lagopus in northern Eurasia, menzbieri of northeast Asia, kamtschatkensis of the Kamchatka Peninsula, and sanctijohannis of North America.

There are two color morphs in North American birds, dark and light, although females exhibit an intermediate morph; Wheeler (2003) noted “All ages and sexes exhibit extraordinary variation within each morph”. Identification of age class and color morph can be confusing both within and between this species and others. However, in western Great Plains wintering populations, only 5-7% are dark morphs (Wheeler 2003).

Most movement is in Mar-Apr, although movement is gradual and young birds may linger into May. Later reports (see Comments) are undocumented, although presumed non-breeders have a propensity to linger into Jun as far south as Idaho and Wyoming (Palmer 1988), and northern Minnesota and northern Wisconsin (Kent and Dinsmore 1996).

Comments: There are about 40 reports in the period 21 May-13 Sep distributed statewide. Many are likely misidentifications of the highly variable immature Swainson’s Hawk (Tony Leukering, pers. comm.), or of immature Ferruginous Hawk. There are no recent (1998-2017) Nebraska reports for late May-early Sep, and none on eBird for all years for Jun-Aug (accessed Jan 2021). Nevertheless, as discussed under Spring above, sub-adults may linger well into Jun in northern Great Plains states and in poor prey years individuals may depart the breeding range as early as Aug (Wheeler 2003). Thus a (presumably small) number of these summer birds may indeed be sub-adult or even (in fall) adult Rough-legged Hawks, especially in Jun and late Aug-early Sep. Kent and Dinsmore (1996) cited a “possible” summer record 13 Jun 1982 in Pocahontas Co, Iowa. A bird identified as a juvenile female Rough-legged Hawk was found injured near Sutherland Reservoir, Lincoln Co 6 Aug 2004; it was taken to a recovery center but died 10 Aug. It tested negative for West Nile Virus and its remains were cremated, but no photograph was taken and so its identity remains questionable. 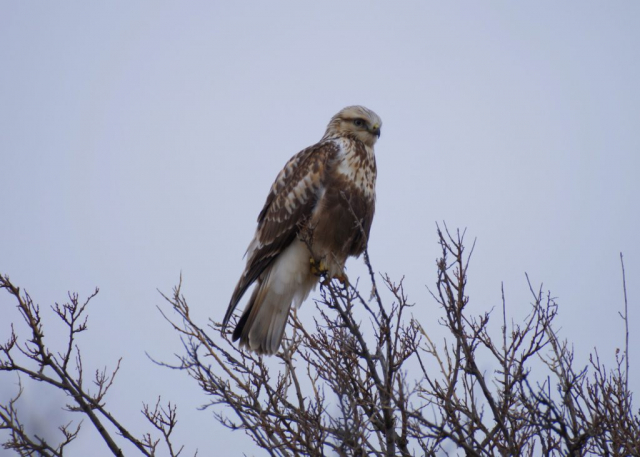 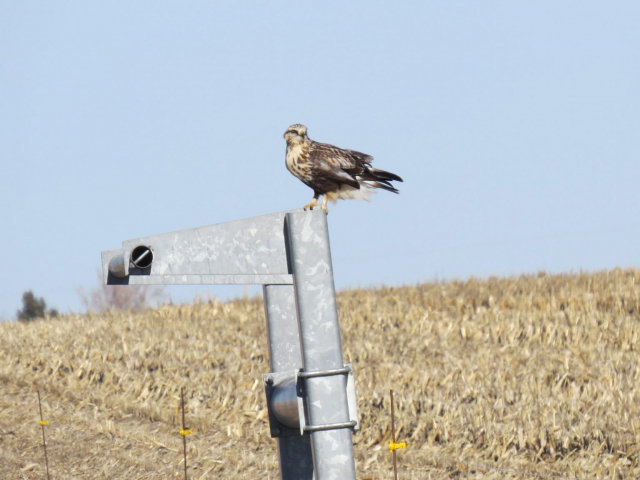 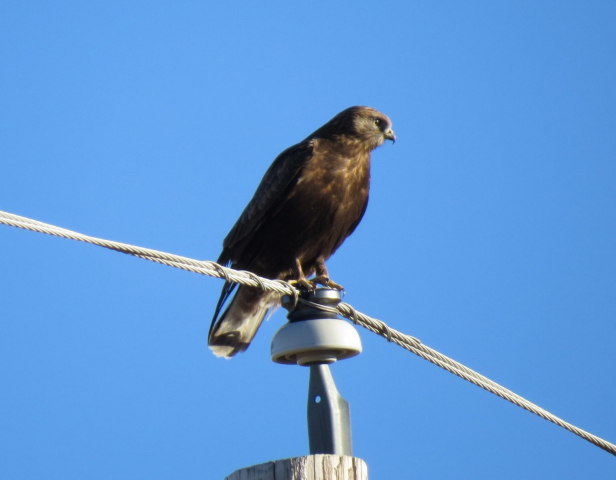 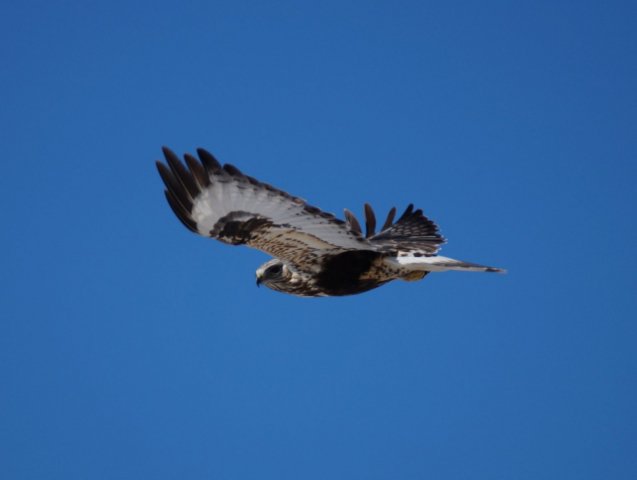