Summer: Say’s Phoebe breeds commonly throughout the drier areas in the Panhandle and southwest, with lower numbers in the south and only sporadic breeding in the east. It is absent from the Sandhills and southeast. Distribution in the northeast has fluctuated considerably historically, extending as far east as Cedar, Polk, and Cuming Cos and south to Adams and Hamilton Cos. McClure (1946) found that in central Nebraska in the early 1940s, there were 4.6 Say’s Phoebes per Eastern Phoebe, but during periods of population decline it has been limited essentially to the Panhandle. There is some evidence that easterly nesting is sensitive to wet and dry 20-year climate cycles (Kent and Dinsmore 1996, Schukman and Wolf 2020), with easterly nesting in drier periods. It was “on the increase” in the Adams Co area in the 1920s (Jorgensen 2012) and common in central Nebraska in the early 1940s (McClure 1946); there were many summer records in the 1960s, even as far east as Cuming Co (Ducey 1988; Short 1961), and again in the 1980s and 2000s (see below).

Currently, breeding is regular in the Platte River Valley east only as far as Phelps Co, where an immature which may have hatched locally was seen 26 Jun 1994, a single was there 6 Jul 1996 (Grzybowski 1996) and a territorial pair, along with possibly three additional birds, were sighted in southwest Phelps Co Apr-May 2003. Singles were reported at Sumner, Dawson Co 9 Jun 2013 and in Phelps Co 13 Jun 2008. Further east, a pair appeared to be nesting on a bridge in Howard Co 8 Jul 2016.

A pair in Kimball Co had a second clutch of two eggs 29 Jun with five fledglings from the first clutch nearby, and a nest with 3-4 young in Hitchcock Co 16 Jul was probably a second clutch (Mollhoff 2008).

Say’s Phoebe is rare in fall away from the Panhandle and the west-central, with most of the few records from known breeding locations. This is especially true in the east, where there are 15 reports in the period 12 Sep-9 Oct, and even in the central, away from Lincoln Co, there are only about 21 reports, all in the period 1-30 Sep. In 2018, however, there were eight reports in the east-central 8-15 Sep, but none in the east. 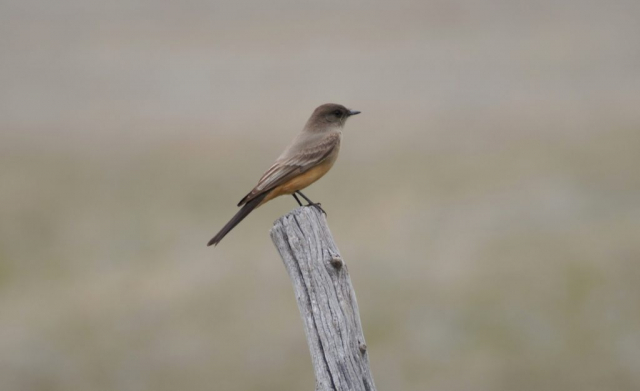 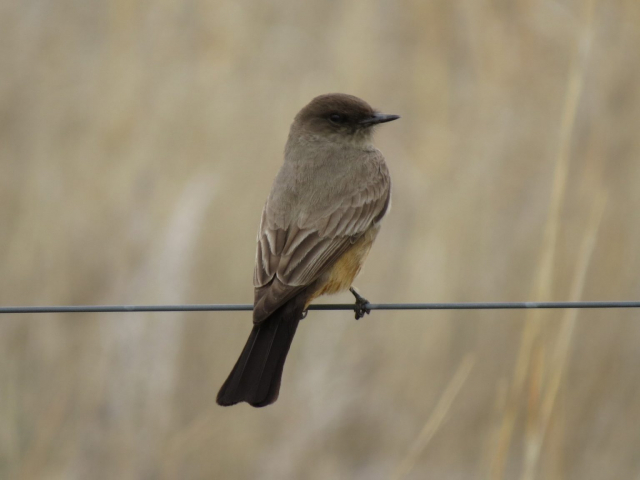