Taxonomy: There are 11 subspecies currently recognized, only one, flammeus, occurring in North America. This widespread subspecies also occurs in Europe, North Africa and northern Asia. The other 10 subspecies are found around the world south of the range of flammeus; most are island endemics (Gill and Donsker 2017).

Resident: Currently (2017) Short-eared Owl appears to be a rare nester in Nebraska, although its summer status is poorly known (Ducey 1988; Mollhoff 2001). Breeding populations fluctuate widely depending on rodent populations, and breeding may be colonial at times and non-existent at others. Most authors consider this species to have declined significantly in Nebraska this century, at least partly due to habitat loss (Blake and Ducey 1991; Brogie and Mossman 1983; Ducey 1988).

There are numerous reports May-Sep without evidence of nesting; most are associated with native grasslands, including those in the southeast. Three sightings in the northeast corner of Calamus Reservoir, Loup Co 20 Apr-29 May 2019 may have been of locally breeding birds, and there were three reports 10 Jun-8 Jul 2020 in the northern Panhandle also in breeding locations.

Egg dates are in Apr and May (Bent 1938; Wiggins et al 2020) or into Jun (Mollhoff 2022); reports at that time are suggestive of nesting, although the species may be present but not nesting if rodent populations are low.

Winter: While evidence is scarce, Nebraska birds likely remain on their summer ranges during winter if weather and food conditions allow (Rosche 1982). This species could be considered nomadic rather than migratory, often appearing in numbers wherever the rodent population is high. However, in most years, there is a consistent increase in numbers late Oct through late Apr; banding studies suggest north-south migration, especially from northern parts of the range (Wiggins et al 2020). Two Short-eared Owls fitted with transmitters in southwestern Wyoming in summer 2020 moved in opposite directions, one moving eastward about 600 miles to the Lodgepole Creek area in southwestern Nebraska and in extreme northeastern Colorado during fall and early winter 2020-2021 (https://www.boisestate.edu/ibo/2020/11/25/project-wafls-2020/).  Multiple Short-eared Owls outfitted with Satellite transmitters on the Seward Peninsular in Alaska migrated in fall through the Great Plains and as far south as northern Mexico (Johnson et al. 2017).

Wintering birds occur statewide, generally south of the snowline, where their rodent diet remains available. Reports are fewest in Feb. Numbers vary considerably from winter to winter depending on snow cover, and the species may be absent in some winters. At least 30 were reported during winter 2011-2012, when snow cover was minimal in Nebraska, all but five from the eastern half of the state. An even better year was 2021-2022, when about 44 were reported statewide. One observer (Shari Schwartz, pers. comm.) suggested that the good numbers of Snowy Owls and Short-eared Owls in winter 2021-2022 may not be unexpected since breeding ranges of both owls overlap and both prey on lemmings. 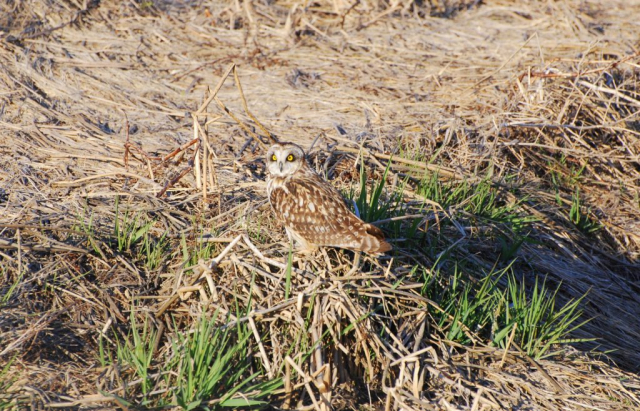 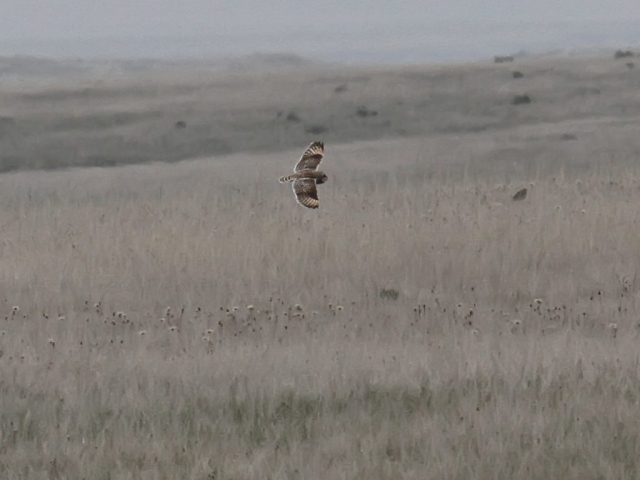 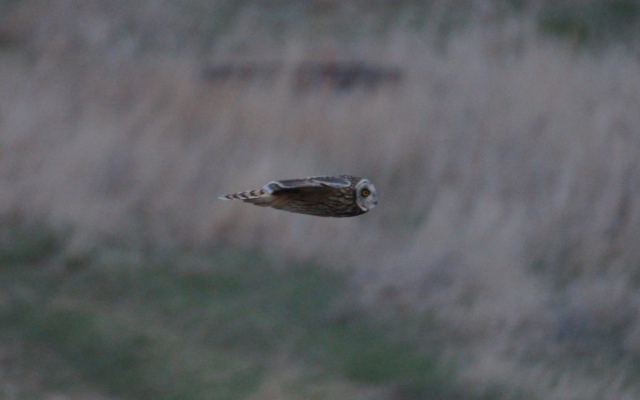 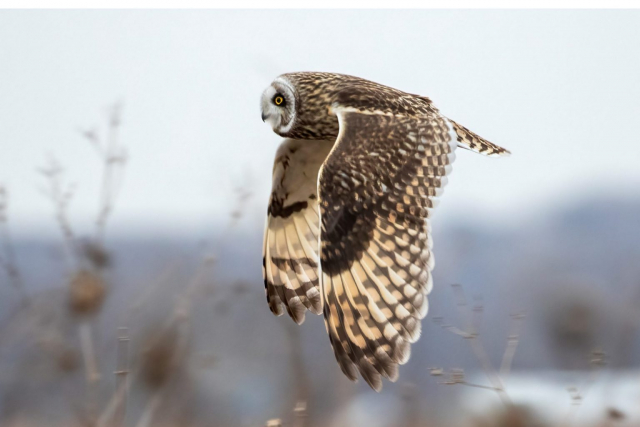 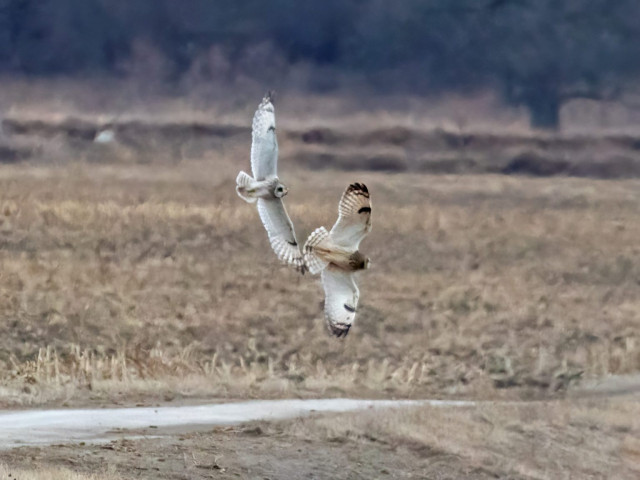 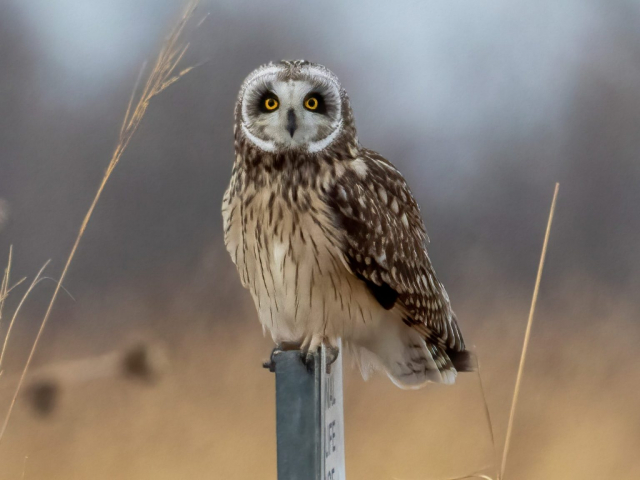