Earlier dates are discussed below.

Although migrants presumably pass through Nebraska on a regular basis, there were only 17 reports prior to 2013. Since 2013, however, Smith’s Longspurs have been found with some regularity at native prairie remnants at Pawnee Prairie WMA, Pawnee Co and Spring Creek Prairie, Lancaster Co. There are no spring reports away from the east.

Wintering in Nebraska is unknown, but there are numerous records Dec-Feb in eastern Kansas north to the Topeka area. 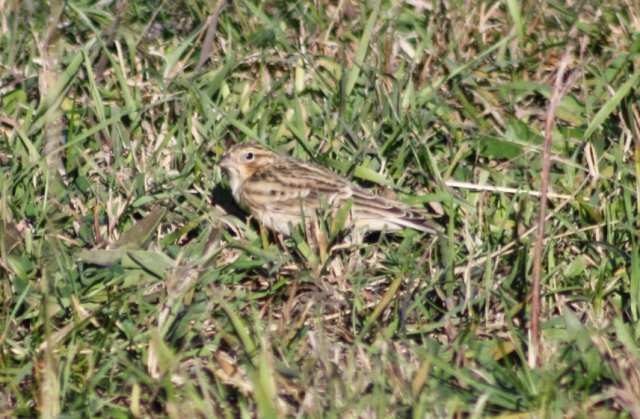