Migrants arrive mostly during the latter half of Apr and peak migration occurs around mid-May.

Summer: Spotted Sandpipers breed in suitable habitat throughout (Ducey 1988), but it is a low-density breeder. It may not breed in the eastern Rainwater Basin; there is no evidence for breeding there, and so Jorgensen (2004) considered it only a “summer visitor”. Mollhoff (2001) cited “confirmed” breeding reports there for 1984-1989, but no details were provided.

Females may mate with up to four males, each male raising its own brood of young (O’Brien et al 2006).

Migration begins in mid-Jul, with few remaining into early Oct. First observation for fall at Alma, Harlan Co in 2001 was on 18 Jul, and high counts are in late Jul, probably staging local breeders. 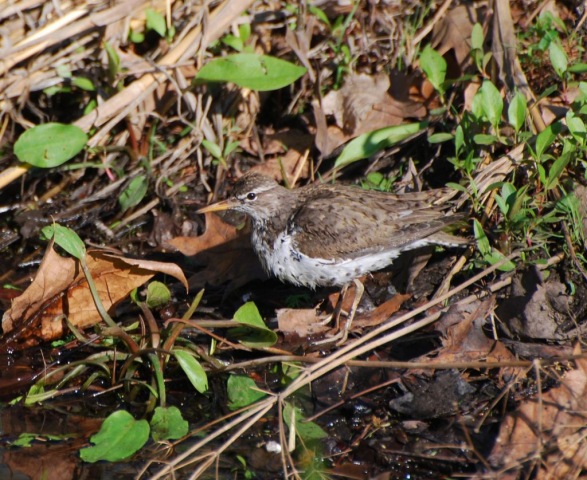