Taxonomy: It has been assumed that hybridization and/or introgression occurs statewide, but the relative contributions of genetics and adaptation (controlled presumably by assortative mating) to the distributions of phenotypic Eastern and Spotted Towhees and putative intergrades is unknown. There have been no genetic studies of this area of species overlap in Nebraska.

There are no records Nov-Feb.

The only record from the extreme northwest is of one in Sowbelly Canyon, Sioux Co 13 Jun 2019.

This hybrid is commonly reported in the central US, and as might be expected in summer, most records are concentrated in Nebraska, particularly in central Nebraska (eBird.org, accessed Feb 2021).

Comments: It is clear that more study of the distributions of Eastern and Spotted Towhees in the breeding season in Nebraska is needed. In the absence of genetic studies, it is unknown what proportion, if any, of “spotted-backed” towhees reported to eBird as Spotted Towhees might be introgressants, a point noted by Scharf (2005), who focused on phenotypic Eastern Towhees in his study because birds with any degree of white spotting on their upperparts were likely to be of indeterminate genotype. If Spotted and Eastern Towhees are “good” species, genetically distinct, interbreeding would be expected to be minimal, and mitigated against by assortative mating in areas of overlap. Sibley and West (1959) suggested that one factor leading to assortative mating might be correlation of degree of back spotting pattern with climatic differences, in particular the amount of shade in towhee habitat (more in eastern forests than in western open brush). In this context, Walsh et al (2020), in a study of hybridization between Bullock’s and Baltimore Orioles in Nebraska, found that hybrid zone width estimates differed between genomic and plumage data, the latter more narrow, and suggested that one explanation might be that selection pressure could be stronger on phenotypic traits. Anecdotal information supporting this theory was provided by T. J. Walker (personal communication), who observed that in his southeastern Lincoln County, Nebraska survey area “I have noted for years that the [Spotted Towhee] songs vary quite a bit – in areas with more deciduous woodland and cedar coverage most of the songs, while still typical of Spotted, have a little hint of “Eastern” to them. In the areas of the canyons with very little woodland, where the landscape is mostly grassland with shrub thickets the songs are quite “dry” and clearly Spotted.” Similarly, in 2020 two southeasterly reports of Spotted Towhees were from a prairie and a golf course, both in Saunders Co. These considerations raise the possibility that towhees of apparent intermediate plumages and songs are not necessarily (genetic) introgressants, but might include individuals of sub-populations distributed regionally that have adapted over time to local environmental conditions. If this is true, and introgressants occur in relatively low numbers, the distribution across Nebraska of the degree of back and wing spotting and wing patch extent would be expected to be clinal in both species, reflecting local environmental conditions while maintaining genetic integrity of Spotted and Eastern Towhees. Since songs are learned in these species, mixed songs are to be expected in areas of overlap. Although Sibley and West (1959) pointed out that contact between Spotted and Eastern Towhees in Nebraska was not on a broad front but limited to riparian corridors and surmised that this resulted in “greatly restricted” gene flow, the latter is likely to be largely a consequence of assortative mating, as suggested by these same authors. 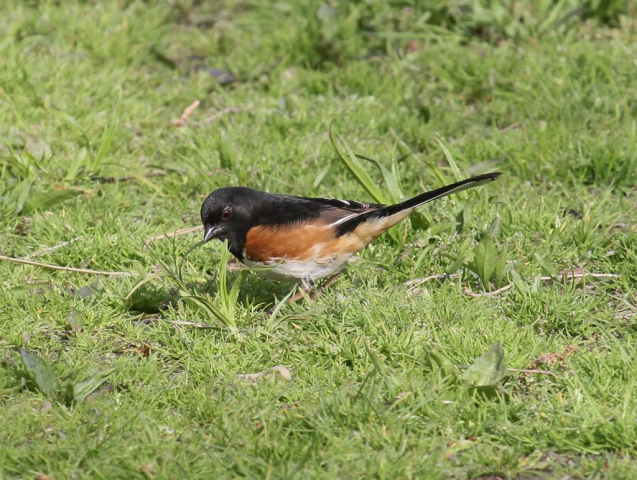 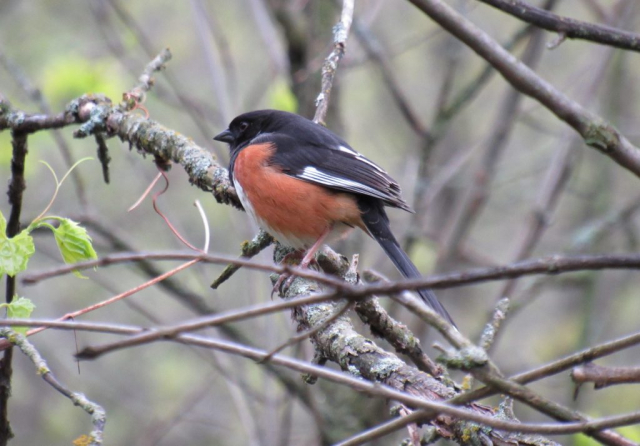 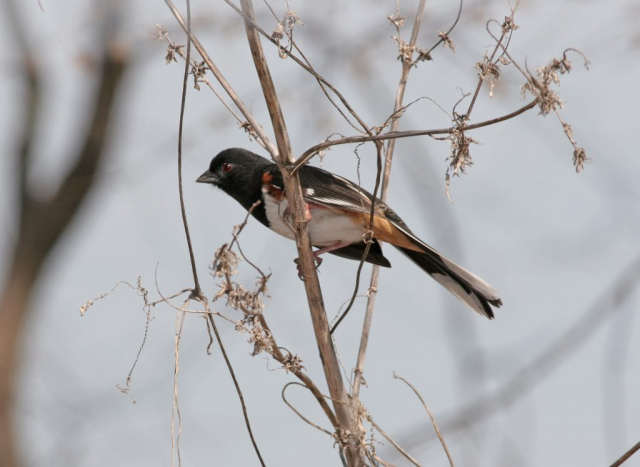 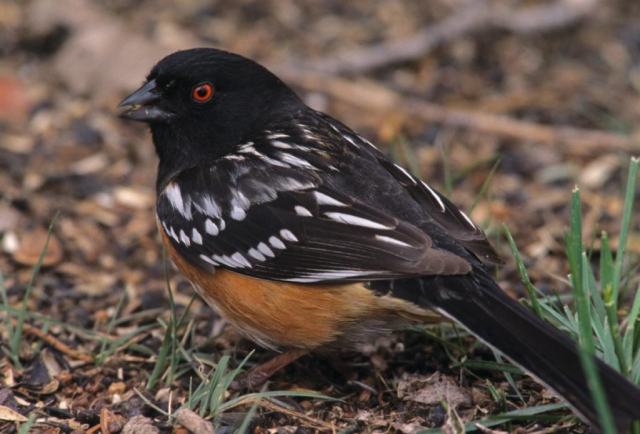 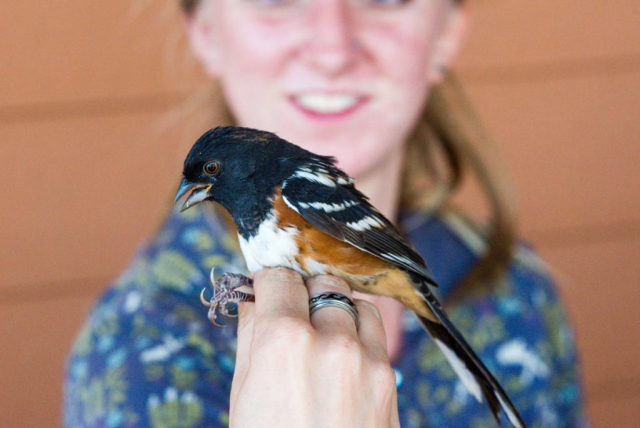 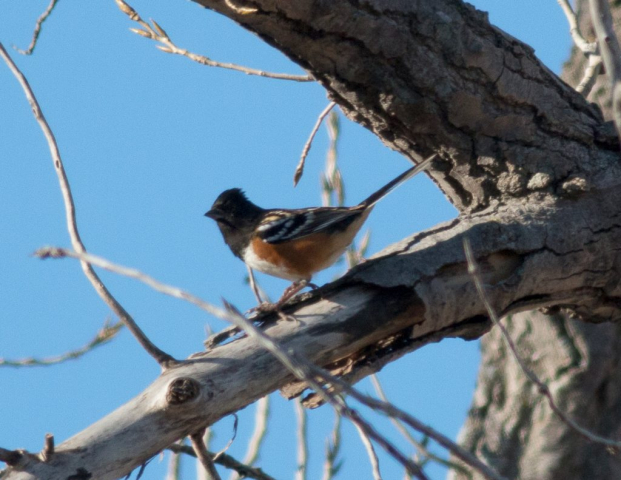 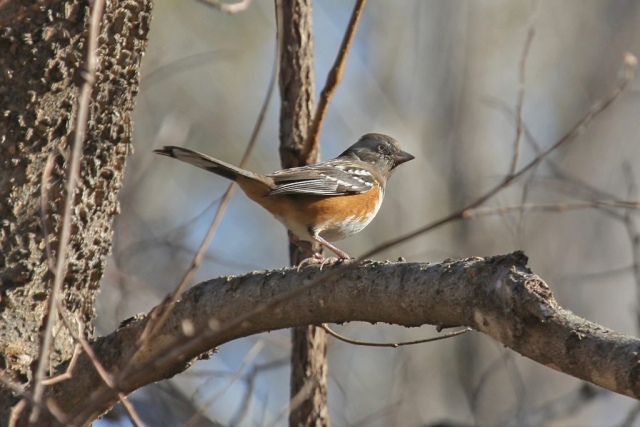 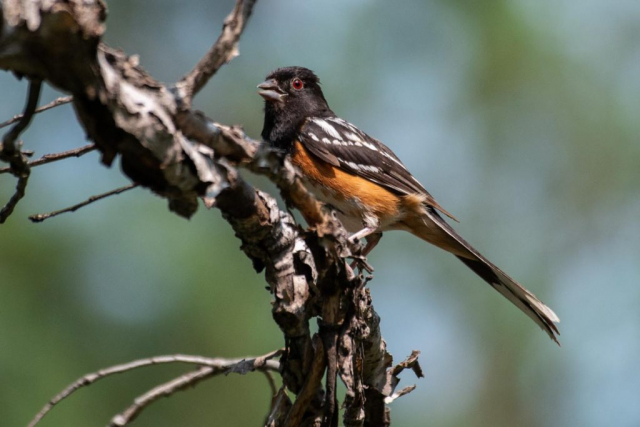 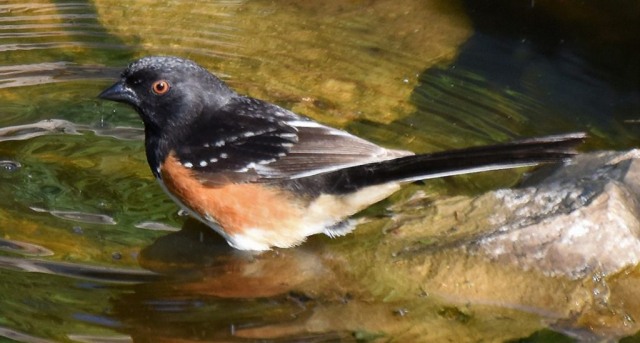