The dark and intermediate (rufous) morphs are probably under-reported in Nebraska. There at least 20 reports of the dark morph, and most flocks of migrants, if checked carefully, likely contain at least one. A flock of 250 in a Clay Co hayfield 1 Oct 2018 contained at least 20 blackish birds. There are a few reports of the intermediate morph: one in Lincoln Co 29 Aug 2004, one in Clay Co 15 Apr 2020, and different single birds were photographed in Fillmore Co on two occasions.

There are many undocumented Feb and early to mid-Mar reports which we disregard. The earliest Nebraska specimen date is 7 Apr 1994, UNSM ZM17074. Migrating flocks peak in south Texas in mid-Mar (Wheeler 2003), first arrivals in Kansas are in late Mar (Thompson et al 2011) and early dates in South Dakota are 19-22 Mar (Tallman et al 2002).

Numbers peak in mid- to late Apr, and stragglers occur in areas outside the breeding range until early Jun; most of these stragglers are non-breeding immatures, which occur through the summer over most of the state (see Summer).

Spring migratory flocks are much smaller than in fall, usually only 12-20 individuals. Migrants are often observed following implements working farm ground; a large flock of 155 birds was in a single field being worked in the eastern Rainwater Basin 21 Apr 2006.

Summer: This species occurs in the west and central in summer and is rare or absent in the east where numbers have declined in recent years. BBS data for 2007-2013 show highest densities in the west, and absence east of a line from Knox Co to Franklin Co (Sauer et al 2015). Wheeler (2003) shows essentially the same breeding distribution in Nebraska.

Highest densities occur in the Sandhills and the plains habitats of the southwest and Panhandle. Densities can be high in the west; in 2007, 107 nests, 70+ of them active, averaging 2-3 chicks, were located in the southern Panhandle, mostly in Kimball Co.

Mollhoff (2016) showed confirmed breeding only east to Boone Co, with “probable” breeding east to Platte Co; this is a decline from 1984-89 (Mollhoff 2001). A series of summer sightings in Pierce Co in recent years between Pierce and Plainview in the Dry Creek Valley suggests a small easterly summering population, although no evidence of nesting has been noted. Jorgensen (2004) considered it a “rare summer visitor or breeder” in the eastern Rainwater Basin, citing fewer than 10 breeding records. However, a few years later Jorgensen (2012) stated that it “apparently no longer breeds” in the Rainwater Basin; most recent sightings are likely immature non-breeders. Similarly, the few breeding season reports from southeast Nebraska east of the Rainwater Basin are of single birds; most reports are from Lancaster Co.

Non-breeding immatures gather in summer; a group of 21 was in a Scotts Bluff Co field 8 Jul 2020.

In Nebraska, peak migration is marked by large flocks, numbering into the thousands, as in Lancaster Co 2 Oct 2002 and Rock Co 29 Sep 2007; the five highest counts for the state are in the short period 29 Sep-2 Oct (see High Counts). Most of these very large flocks have been observed in central Nebraska.

A fledgling banded in California in summer 2011 that was also carrying a transmitter was seen in the Sioux City area in mid-Sep 2011. 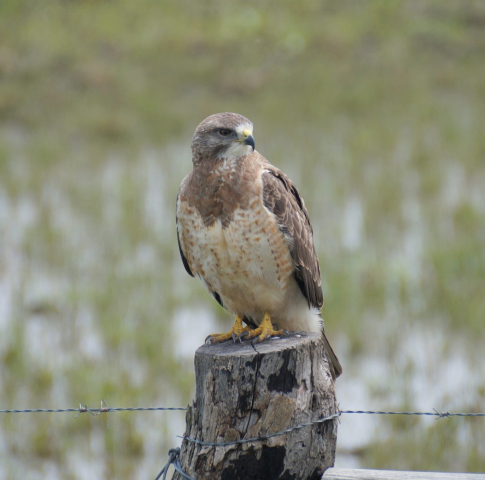 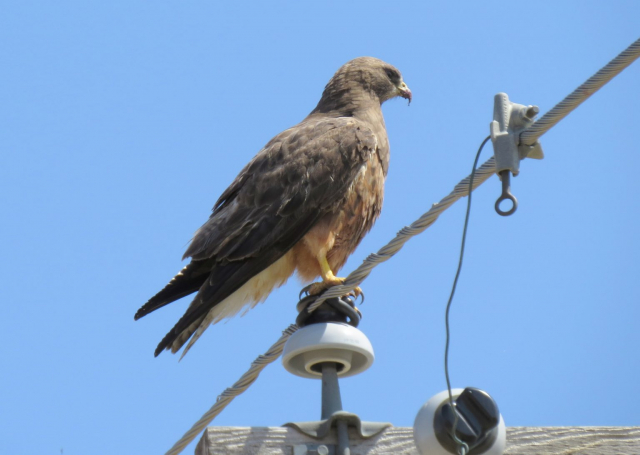 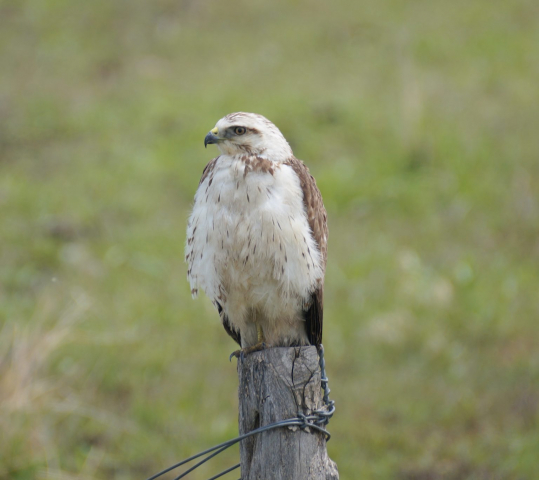 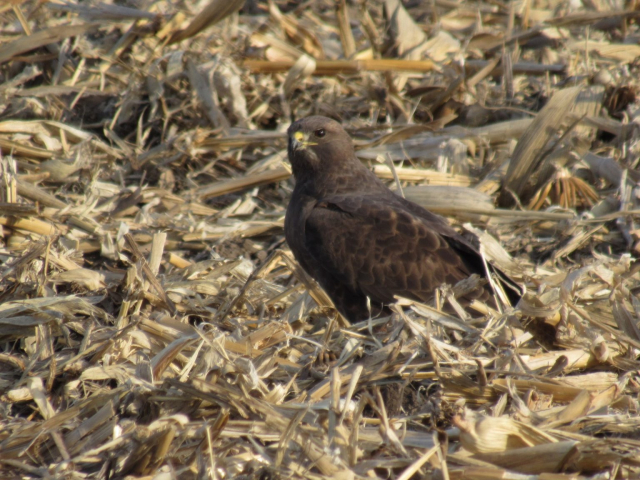