These were certainly escaped or released birds, as there is no pattern of vagrancy of wild individuals of this declining species into North America from the Asian range (Wright 1985, Madge and Burn 1988).

Individuals of this species are also commonly kept in captivity (Wright 1985), and hybrids are often seen in park settings (See this species account).

Domestic forms are often called Chinese Goose; most possess a knob at the base of the upper mandible, whereas wild birds do not. 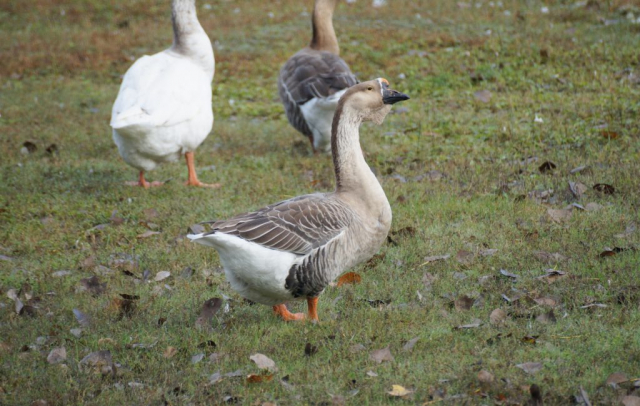