Resident: Currently the breeding range is restricted to counties bordering the Missouri River north to Washington Co and west in rapidly decreasing numbers to Douglas, Lancaster, Gage, and Jefferson Cos (Mollhoff 2016), although confirmed breeding records are few, including only Washington, Douglas, Sarpy, Cass, and Gage (Mollhoff 2016, Ducey 1988). This species is resident, with little to no migratory movement, although there is some evidence that some birds in certain years disperse short distances in fall (Hall 1983, Ritchison et al 2020).

BBS trend analysis shows an annual decline of – 0.66 (95% C.I.; -3.72, 2.52) in Nebraska during the period 1966-2015 (Sauer et al 2017), which suggests numbers are relatively stable in the state. There were suggestions by veteran observers that numbers were “very low” in winter 2018-2019 in the Sarpy Co area (Rick Wright, Alan Grenon, personal communications) and again in fall 2019 (Loren and Babs Padelford, Alan Grenon); one at a Bellevue, Sarpy Co feeder 6 Jul 2020 was first there for more than a year (Allen Reyer). In Sarpy Co in fall 2020, Phil Swanson noted “I have lived at my house in Papillion for 40 years and yesterday afternoon I had my first ever Tufted Titmouse in the yard”, and in Douglas Co in 2020 Kathleen Crawford-Rose noted “We have not had one in our yard for several years now”.

CBC data reflect the restricted breeding range; there are reports west only to Gage and Lancaster Cos and north to Washington Co. The sharp decrease in numbers away from the Missouri Valley is illustrated by the contrast between the total of 816 birds counted on the Omaha CBC 1967-68 through 1991-92 and the 11 birds on the Lincoln CBC during the same period. Results for the period 1992-1993 through 2014-2015 are remarkably similar: 864 at Omaha and 15 at Lincoln.

In the Elkhorn River drainage, north of Douglas Co, there are two reports, both recent: 21 May 2006 at Oakland, Burt Co, and 13 Feb 2016 at West Point, Cuming Co. Bruner et al (1904) mentioned breeding in Cuming and Antelope Cos, but there is no recent evidence for this.

Distribution in the Platte River Valley is limited to Sarpy and Douglas Cos; the only Platte River Valley reports north and west of Washington Co are 2 May 2011 and 8 Sep 2009 at Hormel Park, Fremont, Dodge Co, 15 Aug 2007 at Ames, Dodge Co, 19 Feb 2017 Dodge Co, and 11 May 2008 Platte Co. The few spring reports from Hall and Adams Cos may be of birds moving up the Big Blue Valley. Titmouses are scarce even in Schramm SP, Sarpy Co; none were found in two visits Apr 2018 (Wayne Mollhoff, pers. comm.).

Nevertheless, the first record of breeding for Lancaster Co was of a family group with adults feeding young in a Lincoln yard 30-31 May 2021; singles had been present since winter, and there may have been a second family group in the area; 1-2 continued attending the feeder through 7 Nov (Jorgensen, eBird.org). Also in 2021, an apparent family group was at Densmore Park, Lincoln 2-21 Jul, with one there 9 Aug (Stearns, eBird.org). Also in 2021, additional summer reports were of singles at Wilderness Park 17 Jun and near Roca 15 Jun, and in 2022 one was in Lincoln 7-19 Jul.

Currently it may not occur in the Republican River Valley; reports from there are few and the only recent reports are of a “possible” breeding site in Nuckolls Co (Mollhoff 2001), 1 Jan 2020 Nuckolls Co, 29 Mar 1986 Franklin Co, and 29 Mar 1986 Harlan Co. Tufted Titmouses have been reported west to Phillips Co, Kansas (Thompson et al 2011), which is directly south of Harlan Co in Nebraska, although it breeds regularly west only to Washington Co in Kansas, just south of Gage Co, Nebraska. There is a single confirmed breeding record for Mitchell Co, Kansas, and a “possible” record in northeast Jewell Co, Kansas (Busby and Zimmerman 2001), just south of Superior in the Republican River drainage.

There are no summer records in the eastern Rainwater Basin (Jorgensen 2012). 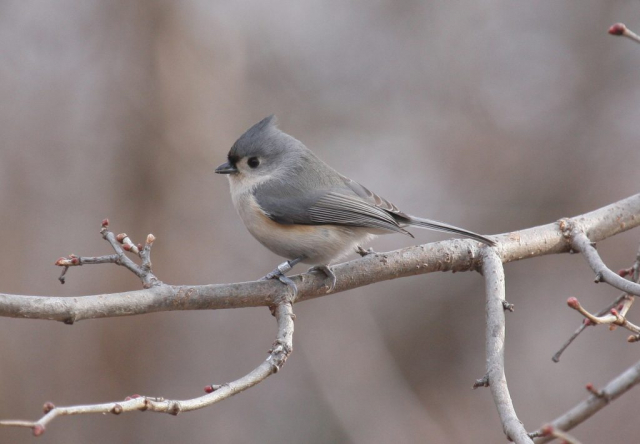 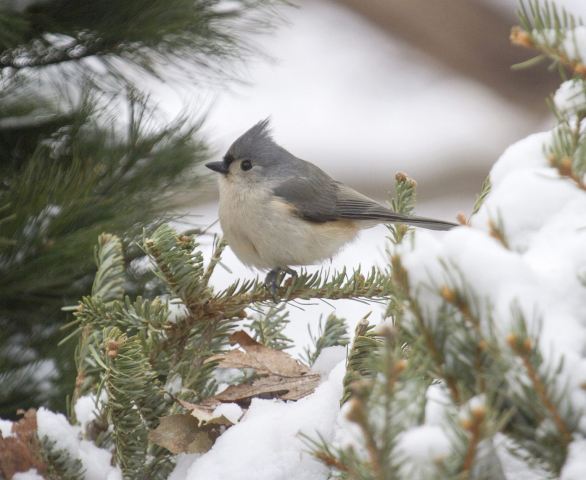 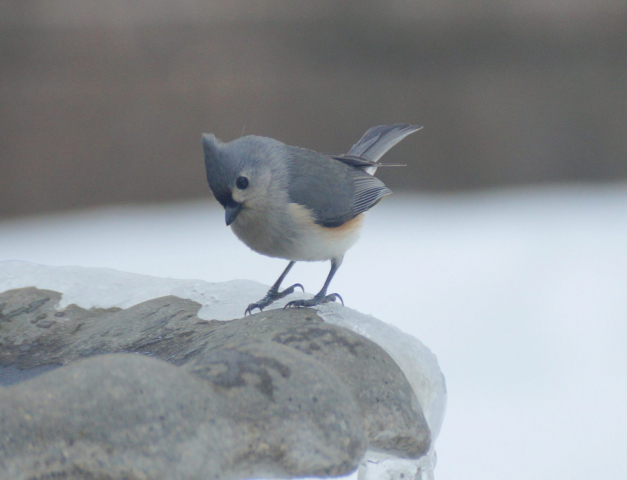 Jorgensen, J.G. 1988. The birds of Cauble Creek and the wetlands. Published by the author, Blair, Nebraska, USA.