Taxonomy: There are two subspecies, columbianus and bewickii, the latter Eurasian in distribution.

One of the early dates above is of a migrating flock of 15 over Nemaha/Richardson Cos 18 Feb 2013.

Peak movement is in mid-Mar. The traditional migration pathway of this species extends from the Atlantic Coast to High Arctic breeding grounds, generally coming no closer to Nebraska than Minnesota and northeast South Dakota. 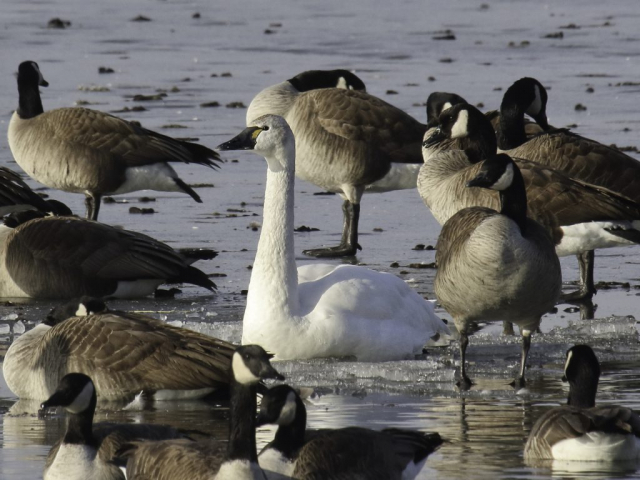 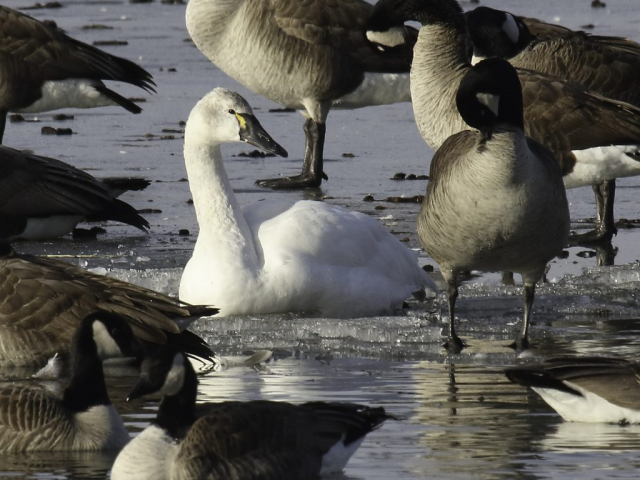