Although the above range outline states that confinis breeds east to western Nebraska, breeders in the north-central Nebraska Sandhills are probably confinis also (Wright 2019, Rapp et al 1958, AOU 1957). Subspecies gramineus breeds in eastern Nebraska; it was rare in the 1950s (Rapp et al 1958) but may be increasing due to its adaptation to nesting in corn and soybean row-crop agricultural fields.

Migration takes place mostly in Apr; it is difficult to determine departure of spring migrants due to presence of local breeders, but this probably occurs in early May based on timing of High Counts (below).

This species can be abundant in the west during migration. After a snowstorm in western Nebraska 26 Apr 1994, a fallout of “thousands” was noted (Grzybowski 1994). In Scotts Bluff Co 25 Apr 2022, Steven Mlodinow counted (by 5s) 315 in a 5-mile stretch of roads, including 190 in view at one time, mostly perched in the sun on hay bales. Another 110-135 were at Lake Minatare, Scotts Bluff Co the same day.

Summer: Vesper Sparrows breed across the state but are most numerous in the northwest and in the northern Missouri River Valley (Sauer et al 2017, eBird.org, accessed April 2018); these areas may be occupied by different subspecies (see Taxonomy). Summering birds are least numerous south of the Platte River Valley counties and away from the east, as shown by Mollhoff (2016) and Jones and Cornely (2020). BBS trend analysis also show that the species has increased 2.53% (95% C.I.; 0.32, 4.90) annually in Nebraska 1966-2015 (Sauer et al 2017). This increase has occurred throughout most areas of the state.

Vesper Sparrows in eastern Nebraska (subspecies gramineus) have expanded their range to the south and west, as is clearly shown in Mollhoff (2016). It is believed that these eastern birds have adapted to “no-till” agricultural fields planted to soybeans but which retain the previous year’s standing corn stubble. This specific agricultural practice provides structure and limits disturbance to nesting sites; eggs and young are not destroyed or killed by farming implements except for “the unlucky few hit by tractor or planter wheels” (Don Paseka, pers. comm.). Vesper Sparrow appears to be expanding into the Rainwater Basin, as discussed below. Around 2000 it was unreported from Nemaha and Richardson Cos, but there are several recent breeding season reports there (Mollhoff 2016).

The highest BBS numbers in the state are on routes in western Cherry and eastern Sheridan Cos; relatively high numbers also breed in extreme northern Sioux Co (Rosche 1982). Reports are far fewer in the southern Panhandle (Scotts Bluff, Morrill, and Garden counties south); there are older reports from Crescent Lake NWR, Garden Co 25 Jun 1973 and 13 Jun 1987. However, reports are increasing in the southern Panhandle; Mollhoff (2016) showed 10 breeding season reports there, including confirmed breeding in southern Deuel and western Kimball Cos.

In the Niobrara River Valley, Brogie and Mossman (1983) considered the species rare in summer, although it was thought to be a probable nester in the Niobrara Valley Preserve. Recently, numbers have increased in the Niobrara River Valley (Mollhoff 2016, eBird.org, accessed October 2017), although there are only scattered reports west to the Valentine, Cherry Co area: 18 Jun 2015 near Merriman, 26 Jun 2015 Ravenscroft Ranch near NNF McKelvie, 12 Jul 2016 Merritt Reservoir, and two from Valentine NWR, 28 Jul 2010 and 21 Jun 2015.

Currently, there are reports throughout the Platte and North Platte River Valleys west to Keith Co, although numbers are not high except in the east; the breeding range shown in Jones and Cornely (2002) has the species only as a migrant south of the Platte River Valley counties. This area, including the Republican River Valley, has few, but increasing, recent reports, even though it has apparently bred there on occasion for some years; Ludlow (1935) noted that a pair was nesting in Webster Co 6 Jun 1926. The few reports from this area and away from the east are 3 Jun 1989 Dundy Co, 3 Jun 2003 Chase Co, 15 Jun 2010 Frontier Co, 27 Jun 2007 Dundy Co, 29 Jun 2016 Franklin Co, 1 Jul 2013 Frontier Co, and four on 14 Jul 2016 Webster Co.

Migration is mainly in Sep and Oct; a late northerly report was 24 Nov 1966 Custer Co.

Winter: There is one documented report of a wintering bird, one in a hay field near the observers’ Dodge Co residence during late fall that remained in the yard through 24 Feb 2012 (photograph; Don and Jan Paseka, personal communication; Silcock 2012).

Reports of multiple birds (up to 28) on CBCs in the 1950s are apparent misidentifications as are many CBC reports in the 1970s through 1990s. 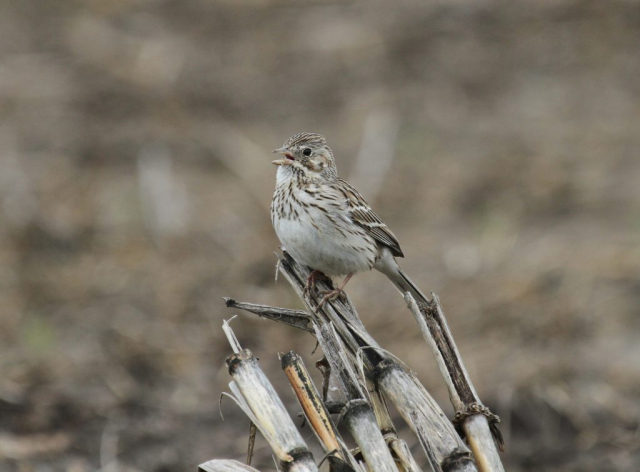 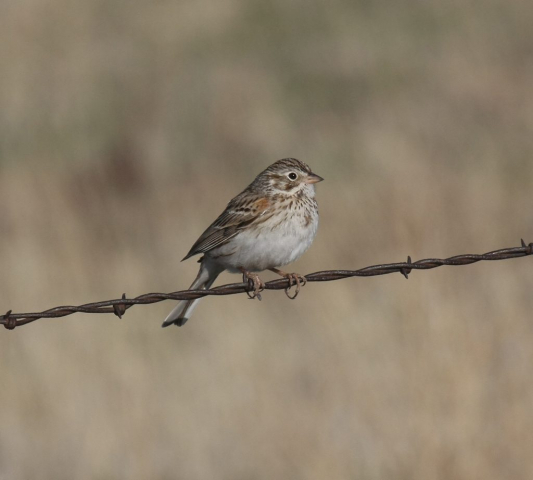 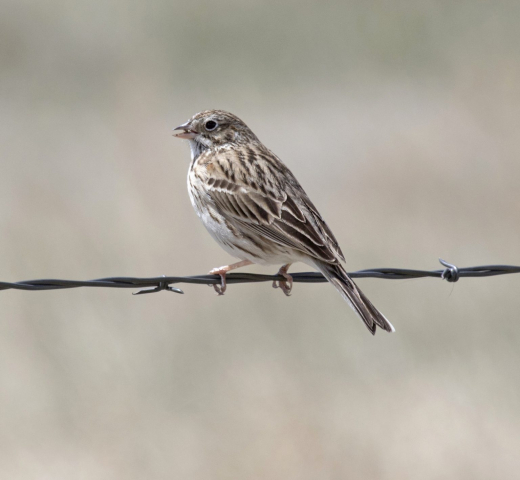