Taxonomy: There are five subspecies, three of which occur north of Mexico (Pyle 1997): swainsonii, from southeast Alaska to southern Northwest Territories south to California, brewsteri, from southern Idaho and western South Dakota south to Arizona and southwest Texas, and gilvus, from south-central Alberta south to Louisiana and east to Maine and North Carolina. AOU (1998) places these subspecies in two groups, “western” (swainsonii) and “eastern” (gilvus); the western group includes swainsonii and brewsteri, and the eastern group gilvus. It has been suggested that the two groups may be separate species, differing “morphologically, vocally, and genetically” (Sibley and Monroe 1990, Phillips 1991, Gardali and Ballard 2020).

Two subspecies occur in Nebraska, brewsteri and gilvus. It seems clear that the breeding Warbling Vireos in the Pine Ridge are western brewsteri based on the specimen cited above and Bruner et al (1904), who stated “So far it has only been found in Sioux county [sic], where it is common and breeds.” This is the breeding subspecies of the Black Hills of South Dakota (Tallman et al 2002). A statement that it breeds at “Crescent Lake” (AOU 1957) has not been substantiated. The only records of brewsteri away from the Pine Ridge are during migration (see Spring, Fall), although there are a few summer (Jul-early Aug) records (see Summer).

Eastern gilvus occupies most of the rest of the state although its western limits are uncertain. In the north, it summers west to Valentine and Merritt Reservoir SRA, Cherry Co but is rare in the western Sandhills and Panhandle away from the North Platte River Valley, with only two regular locations, the deciduous “oases” at Agate, Sioux Co and Smith Lake WMA, Sheridan Co. The only Pine Ridge reports of gilvus are at Fort Robinson SHP, Dawes Co 20 May 2015 (Rick Wright, personal communication; vocalizing) and 18 Jun 2015, possibly the same individual (eBird.org), although one was at Box Butte Reservoir, Dawes Co 3 Jul 2020. A series of eBird reports by Steve Mlodinow and Michael Willison at various locations in the southwest sheds some light on western limits there: eastern gilvus occurred in good numbers in Dundy, Chase, Keith, and extreme southeast Garden Cos 26-27 May 2019 (eBird.org), and in 2020 Mlodinow reported up to five at several locations in Garden, Keith, Chase, and Dundy Cos 7 Aug-4 Sep; it is known to occur commonly in the South Platte River Valley into Colorado (Leukering and Mlodinow 2017).

The above distributional information suggests that there is minimal overlap in breeding season ranges of eastern gilvus and western brewsteri Warbling Vireos in Nebraska; the shortest distances between them appear to be the 80 miles (125 km) from Valentine, Cherry Co to the eastern Pine Ridge and the 35 miles (60 km) from the Pine Ridge to the North Platte River Valley. Nevertheless, recordings of singing birds in the Panhandle and west-central Nebraska are needed to discern the relative breeding distributions of the two subspecies.

Migration data indicate that western subspecies brewsteri arrives about a month later in the Panhandle than presumed eastern gilvus. Away from the Pine Ridge, there are these reports of migrant brewsteri: one at Oliver Reservoir, Kimball Co 1 Jun 2022, four at Scotts Bluff WTP, Scotts Bluff Co 14 Jun 2021 and four there 1 and 9 Jun 2022, one there 13 Jun 2022, and one singing (compared with singing gilvus) at Ash Hollow SHP, Garden Co 9 Jun 2021.

Summer: Data from BBS routes and eBird show that Warbling Vireos breed statewide, with somewhat lower densities in the Panhandle and the western Sandhills. BBS trend analysis shows an average annual increase of 1.11% (95% C.I.; 0.03, 3.21) statewide 1966-2013. Breeding season reports of birds identified as western brewsteri are limited to the Pine Ridge; birds identified as eastern gilvus document occurrence west to the Valentine area in Cherry Co in the north and Keith Co in the south, with few reports in the intervening Sandhills (eBird.org, accessed March 2018). Bray (1994) stated that the species was not known to breed at NNF Halsey, Thomas Co, where it was a migrant only, although there are more recent records indicating that it occurs there during the breeding season. Eastern gilvus breeds from Keith Co along the South Platte River Valley well into the eastern plains of Colorado, where it occurs in riparian cottonwood/willow habitat (eBird.org; Leukering and Mlodinow 2017). Two gilvus were at Lake Ogallala, Keith Co 24 Jul 2016 and one was “told by song” near Ogallala, Keith Co 15 Jun 2017.

A banding record of interest is of a Warbling Vireo banded 20 May 1979 at Norfolk, Madison Co, Nebraska and recovered in Guatemala, where this species winters, 8 Oct 1982. 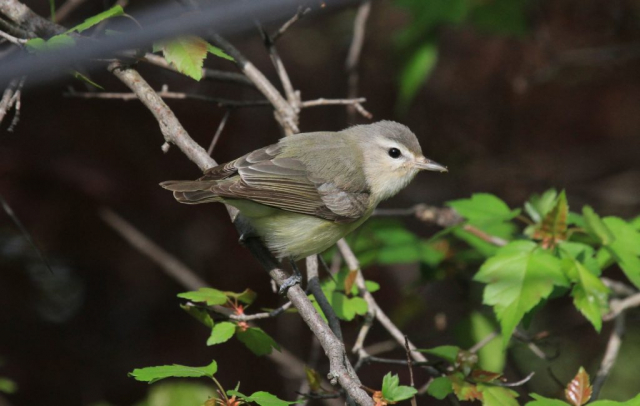 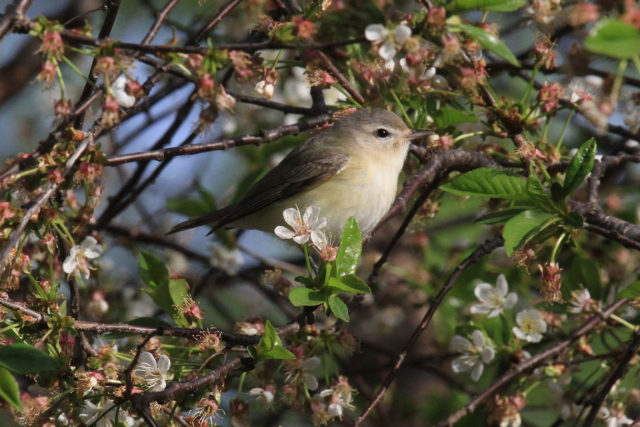