Taxonomy: Hybridization occurs between the two Aechmophorus species. Konter (2011) found around 3.5% of birds in sympatric breeding populations in California and Oregon were intermediate, and that the percentage of intermediates had increased since earlier studies (Ratti 1979, 1981). Nevertheless, Konter (2011) found sufficient assortative mating between the two species to continue to consider them separate species. Pyle (2008), however, considered the two conspecific.

Bill color and location and extent of black feathering relative to the eye are key features to note when identifying hybrids. Ratti (1981) noted that bill color is “not as discrete as the facial pattern” and “alone should not be used to identify these species.”

There are 16 records, most at fall staging areas for Western and Clark’s Grebes like Lake McConaughy and lakes within North Platte NWR, Scotts Bluff Co. 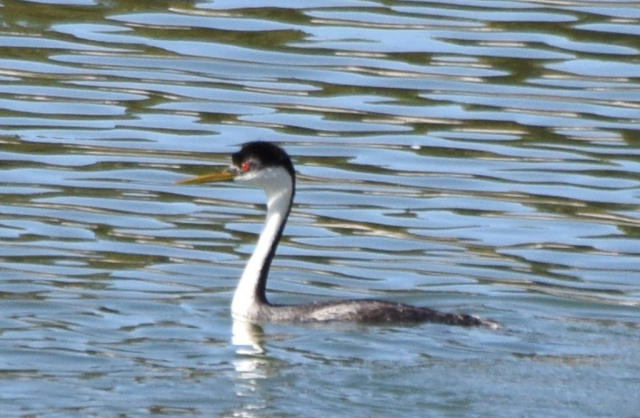