Hybridization between this species and Eastern Kingbird may have occurred in two locations in Nebraska; see https://birds.outdoornebraska.gov/western-kingbird…lycatcher-hybrid/.

This species has a strange affinity for the eastern edge of Eppley Airfield in Omaha; perhaps the Missouri River is somewhat of a barrier. No fewer than 60 were there 27 May 2010, up from the 21 there 1 May, and 28 were there 4 Jun 2019.

Summer: This species breeds statewide, although numbers are lower in the east; counts made across the state 15-17 May 2005 showed Western: Eastern Kingbird ratio east of the Panhandle (six counties) of 302:112 and in the Panhandle (four counties) 213:31 (Stephen J. Dinsmore, personal communication). BBS and eBird data reflect this decrease in density from west to east across the state.

Western Kingbird expanded its breeding range in the 20th Century eastward across Nebraska (Swenk and Dawson 1921; Squires 1928). Bruner et al (1904) stated that it occurred east to about the 100th meridian and to the mouth of the Niobrara River in the north, and further east was but a rare migrant. However, there is an early eastern record of a nest with eggs 13 Jun 1874 in Douglas Co (Carpenter; Mollhoff 2022). It now is not uncommon in eastern cities and towns, and sometimes it may be locally numerous; three pairs were found along 40th St in Omaha 29 Jul 2009. In Jefferson Co in the 1960s Western Kingbird was rare to absent, but in 2020 Eastern and Western occur in about equal numbers (Matt Hansen, pers. comm.).

Loose groups may organize by the end of Jul; 148 were counted in Keith Co 28 Jul 2001 and 50+ at a location in Scotts Bluff Co 27 Jul 2003, and, in the east, 20 in Lancaster Co 13 Jul 2007. Adults leave up to a month before juveniles and pause migration to molt in the southwest (Barry et al 2009, Gamble and Bergin 2020), a form of molt migration. Gamble and Bergin (2020) cited Phillips et al (1964), who detected two fall migration peaks in Arizona, mid-Jul and Sep to early Oct, that probably were a result of these adult/juvenile differences. Most have departed by mid-Sep, about a week earlier in the east, but it has occurred in Minnesota as late as early Nov.

Rosche (1994) stated that in the west “most yellow-breasted kingbirds seen after about 10 Sep tend to be Cassin’s.” 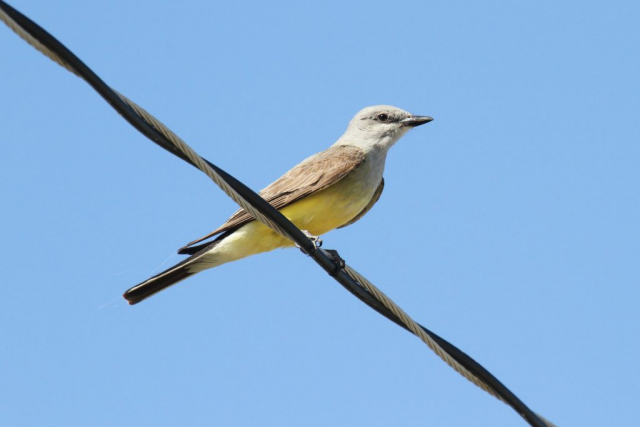 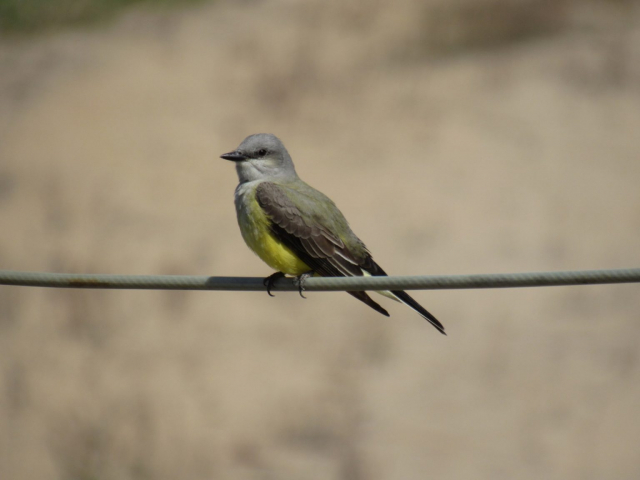 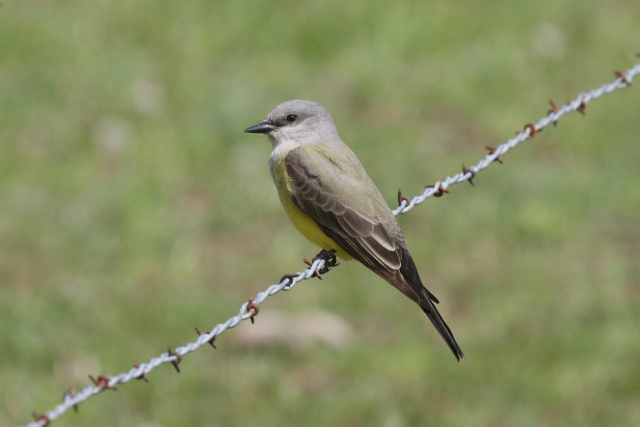