Taxonomy: There are six subspecies currently recognized, three of these in Mexico and Bermuda (Pyle 1997); the others are micrus of south Texas and northeast Mexico, griseus (including noveboracensis) of the central and eastern USA, and maynardi of southern Florida.

Changes Since 2000: This species has become of annual occurrence in the extreme southeast since about 2010.

The closest regular breeding is in extreme northeast Kansas (Thompson et al 2011), and so most Nebraska records are of spring overshoots. It has recently become a regular spring visitor, with about 35 records since 1981, almost all from Douglas and Sarpy Cos and south along the lower Missouri River Valley.

Summer: Johnsgard (1979) stated that at that time “breeding occurs in the Missouri Valley as far north as Sarpy County” but there have been no breeding records since 1920 (Ducey 1988). It does, however, breed north to the Nebraska border in extreme northeast Kansas (Thompson et al 2011) and quite likely has bred in adjacent Nebraska in recent years.

There about 30 reports for Aug-Oct, none for the Panhandle. 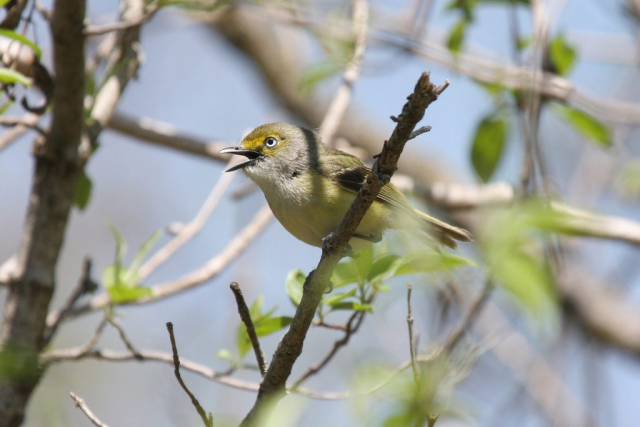