Taxonomy: There are two subspecies, albus of the southeast United States and Caribbean, and newly-named ramobustorum of northern South America; the latter was erected for South America populations formerly considered conspecific with E. ruber, Scarlet Ibis prior to the split of the latter (Gill and Donsker 2017).

Summer: There are four, possibly only three, documented records:

Two additional reports are likely correct but lack extant documentation. One was observed 12-19 Jun 1916 at Inland Lagoon, Clay Co; the observer “was close enough to be sure” of the identification (Brooking, Notes), but no details were provided. This report was accepted by Jorgensen (2004). Another was filmed by Karl Menzel during its stay in Rock Co 1-19 Aug 1963; although Paul Johnsgard viewed the film and confirmed Menzel’s identification of a juvenile (Menzel 1964), the film cannot now be located (Bray et al 1986). 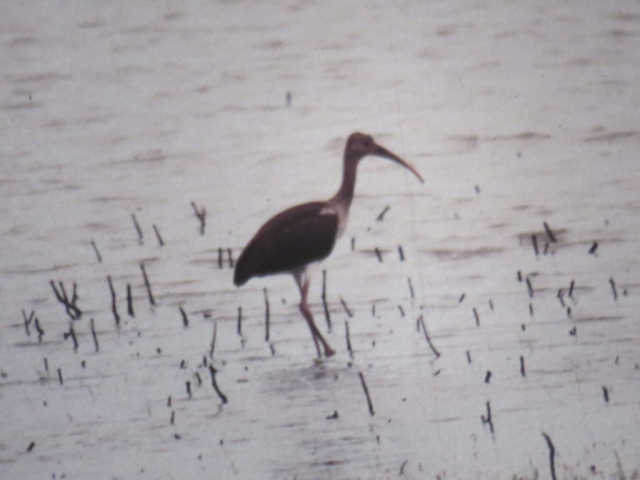