This species occurs as a tan-striped morph and the more familiar white-striped morph, as well as occasional intermediates; of interest is that the morphs exhibit negative assortative mating (individuals avoid mating with the same morph), a rare phenomenon which retains both morphs in the gene pool (Falls and Kopachena 2020; Woods 1999; Byers et al 1995; Rising 1996). The morphs are not population-specific and occur throughout the species’ range (Byers et al 1995). First-winter birds all have tan crown stripes, but some retain these into adulthood (Bent 1968). A tan morph wintered in a Buffalo Co yard 1995-96 (Silcock 1996) and another was in the same yard 11 Oct 1998. All of the 13 reported in the Panhandle 20 Sep-16 Oct 1999 were tan morph birds, and one was banded at Chadron SP, Dawes Co 22 Sep 2014.

Migration, as determined from dates above away from the wintering area, is from mid-Apr through late May, peaking in early May.

White-throated Sparrow is uncommon as a migrant away from the east and rare in the Panhandle, especially in spring (Rosche 1982).

For Dec-early Mar records away from the breeding range, see Winter.

During the CBC period in late Dec and early Jan, most are found in the southeast, where high counts are 42 on the Lincoln CBC 17 Dec 1989 and 34 at the same location 16 Dec 1990. During the CBC period, reports are generally bounded by CBCs at Dixon, Loup, Kearney, and Harlan Cos, however singles were found on the Scottsbluff CBC 15 Dec 2001 and 20 Dec 2003, and three were at Lake McConaughy, Keith Co 2 Jan 2006.

Winter: White-throated Sparrow overwinters regularly, but only in small numbers, in the Missouri River Valley from Washington Co southward, west along the Platte River Valley to Buffalo Co and points south and east, and in the Elkhorn River Valley west to Antelope and Boone Cos.

Most wintering birds are found at feeders. The only record of overwintering of an individual away from the southeast is an “unprecedented” record of two wintering through 16 Apr 1994 at a Chadron, Dawes Co feeder (Grzybowski 1994). 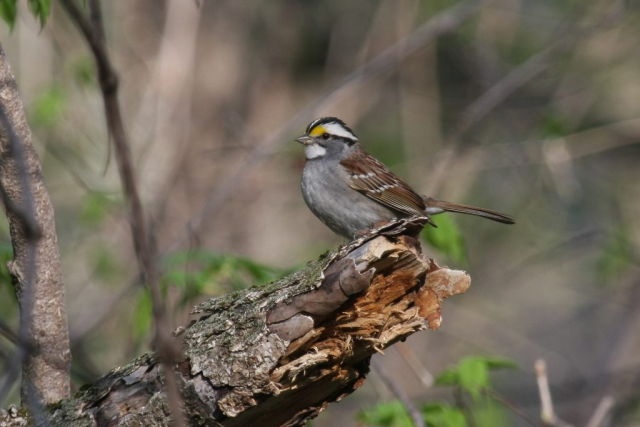 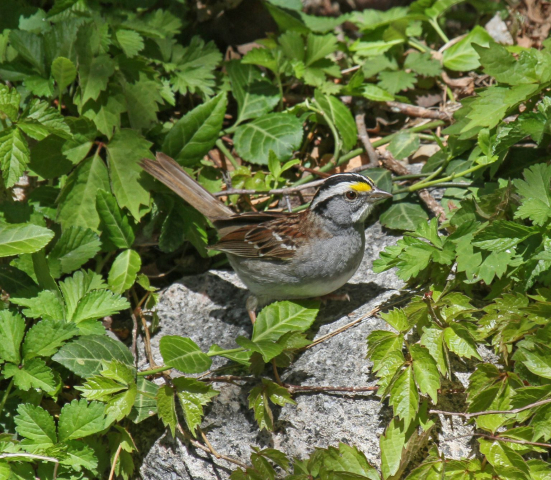 Byers, C., J. Curson, and U. Olsson. 1995. Sparrows and Buntings. A guide to the sparrows and buntings of North America and the World. Houghton Mifflin Company, Boston, Massachusetts, USA.